Why do people pretend or show off?

Why do people pretend or show off? For example:

puthujjanas who crave sensuality will tell other puthujjanas who have good items and fame that they are good people. Everybody wins, according to those people.

It gets even worse. The western humanists even say that envy of wealth will make people compete, for jobs for instance, and by making people compete, they will produce and buy good quality goods and services but for cheap, as long as the people who run their republic will break monopolies. Those people call this progress.

When those people want to feel compassionate, they will mix their cravings for sensuality with some social fight they found. For instance, they love to organize concerts where they will listen to songs for several hours, exactly like when they want to be purely entertained, but in order to feel righteous (and not selfish like when they feel when they get entertained), they say that they organize this entertainment not be entertained but to ''make society aware of'', or ''in the name of'', or ''denounce'' some situation that they call ''unfair'' like some misery of some people living far away from them (like in third world countries). This is the best life for puthujjanas: they get all the entertainment they crave and they feel like good people making a change in society, when all they do is listening to music then going back home...

Puthujjanas who break the 5 precepts do exactly the same thing.

Why do people pretend? Or show off

The cause is something called "Asmi-māna", meaning "I-am-conceit". It's one of the 10 fetters (samyojanas) that bind a being to Samsara.

As seen in the illustration below, this fetter is only done away with at the attainment of Arahantship meaning that unless one is an arahant one has this fetter of conceit. 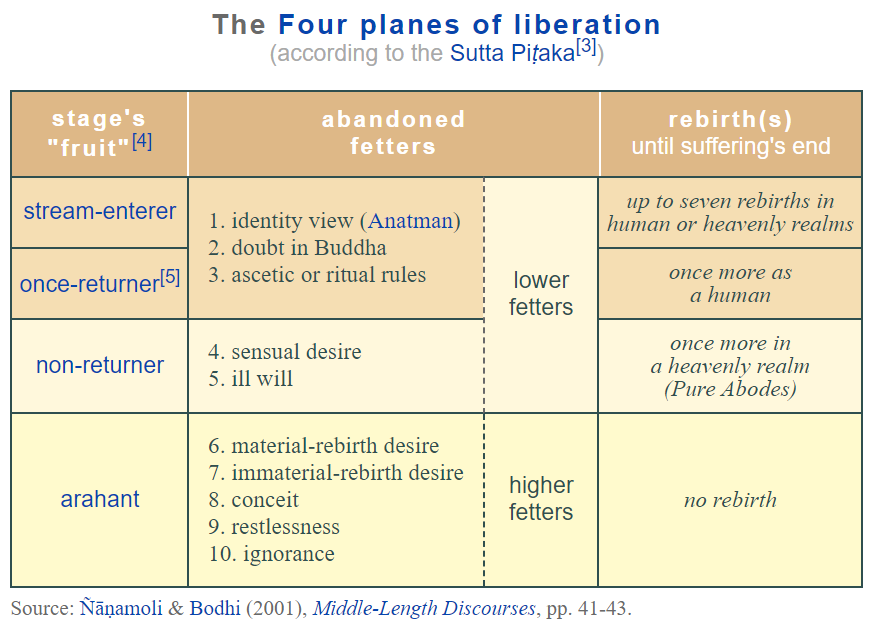 There is an inverse to what you are asking, there are some who show off their progress.

So, instead of showing off with a new phone or nice cloth they show off with their poverty, their ability to forbare, etc... in short, they show-off their progress.

Only because you tagged this in philosophy I will give you an example from Western Philosophy, but the truth is just the same.

Socrates gently mocking Antisthenes for a kind of inverse snobbery: taking too much pride in his austerity.

... when Antisthenes turned his cloak so that the tear in it became visible, Socrates said: “I see your vanity through the tear in your cloak.”

Sexual lust. Most beings want to be loved; want to receive attention; do not want to be and feel alone. Women (plus Cultural Marxist boys/men) are known to be vulnerable to political correctness & obedient conformity. It is easy for Corporate advertising to socially engineer women because women often struggle to deal with criticism & rejection (where as men are used to being criticized, rejected & trashed).

Not the answer you're looking for? Browse other questions tagged philosophy or ask your own question.

4
I have some people coming over who practice Buddhism, what should I know?
8
My thoughts don't happen to other people so why are they 'not mine'?
0
Why buddhists love staying in hills?
1
In Buddhism what is love meant to be and how is it shown and can two people love each other?
0
Life and why we (mankind ) exist
0
What was the reason why Buddha taught reincarnation?
3
Why does one suffer because of ignorance if ignorance is unintentional?
1
Why Mind is Fickle?
3
Anicca, dukkha, Buddhism and depressive nihilism