Buddhist scripture describes other worlds (i.e. "The Thirty-one Planes of Existence"), with various kinds of beings who may interact with our human world in varying degrees.

First of all you have misunderstood the meaning of 31 planes of existence. It doesn't mean there are 30 other planets in the universe. This simply suggests that there are 30 other realms that are inhabited other than the human realm in this solar system. Four of the 31 are said to be on earth itself: human, animal, hungry ghost and hell realms.

On the other hand Buddha says the universe is so vast that you cannot reach the end of it,

"I tell you, friend, that it is not possible by traveling to know or see or reach a far end of the cosmos where one does not take birth, age, die, pass away, or reappear."
Rohitassa sutta

In theravada, a universe is described in three tiers: galaxies, cluster of galaxies, meta-galaxies consisting of a large number of solar systems. I don't see a conflict of this with science.

This culanika-loka-dhatu or Minor World-System, which is the smallest unit in the universe though it contains thousands of suns, moons and inhabited planets, can only be compared with the modern conception of a galaxy, the majority of which have about a million suns.

The next unit in the universe according to the early Buddhist texts is described as consisting of thousands of minor world-systems. This is called a “Twice-a-Thousand Middling World-System” (dvisahassi majjhimika-loka-dhatu). It would correspond to a cluster of galaxies according to modern conceptions.

Maybe those things aren't worth speaking or thinking about?
Indeed, these aren't worth talking about because knowledge about them doesn't bring an end to suffering which is the main issue that Buddhism tries to address. Hence, Buddha encourages to discover yourself rather than the vast universe.

Do Buddhists accept the modern view of the universe

By that I mean that in fact I go about my daily life without thinking of astronomy (in fact I go all year without it, except a handful of moments per year if I think about the tides or an equinox or etc.).

As it happened I studied the maths of astrophysics at university and so I suppose I more-or-less understand what scientists do, and I don't disagree with that on the whole (though I wouldn't make a religion of it).

But a "view" I think is something more: a "view" IMO is something you actually/often think about, something you use to measure experience, to try to understand or to make sense of existence: examples of "views" include right view (samma ditthi) and identity view (sakkāya-diṭṭhi).

Compared with these examples of a "view" (or using this kind of understanding of the word "view") I think that maybe I don't, in practice, have a modern "view" of "the universe" ... except, if or when I think about it, I suppose that the "modern view of the universe" is alright in its place, which is in the minds of astronomers and so on who care about that kind of thing.

In summary I probably "accept" it as a thing (a coherent belief-system with all its own rules and its own limitations too), but I don't spend much time thinking about it.

If so, how do Buddhists reconcile this modern view of the universe with the 31 lokas and their other-worldly inhabitants?

IMO the lokas are a description of morality and psychological states (i.e. it's a descriptions of a model of states attained by the mind).

FWIW I actually don't think much (i.e. I don't think often) about the description of the 31 lokas either.

But I thought that the simple description in this answer was brilliant: I have been thinking about that.

Do Buddhists feel that if the Buddha and Buddhist gurus did not speak or think about some things (for instance, about "the modern view of the universe" such as galaxies or solar systems), maybe those things aren't worth speaking or thinking about?

Yes that's pretty well the case, i.e. I think that's what I felt about it.

IMO perhaps "the modern view of the universe" is a category of "right livelihood" for astronomers and geophysicists and navigators etc.

However, given the Simsapa Sutta and the fact that the Dhammacakkappavattana Sutta was the first Buddha's first lesson, IMO it's "stress and the ending of stress" that's relatively important in Buddhism.

Among the 31 planes of existence, two of it are the realm of humans and the realm of animals. Both of it exist right here on Earth.

Then you may ask, where are the tusita devas located? How can I find them? Well, I don't have the answer to that.

But think about this. Ajaan Lee described how the realm of hungry shades look like (from here):

I'm not sure how he knows this.

When I read it, it sounds to me like the world of microbes. Your amoebas and paramecia and millions or billions of other types of microbes definitely come in all shapes and sizes.

Until the invention of the microscope, we couldn't see microbes, but that does not mean that they do not exist.

So, it's good to keep an open mind. 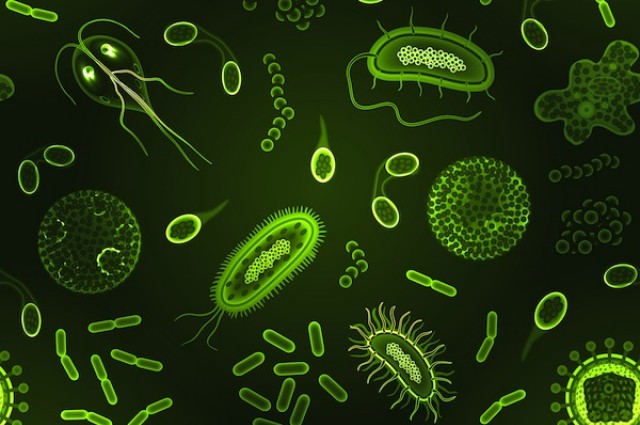 Traditionalists either believe the cosmologies literally, or as myths (instructive stories).

Donald Lopez did write a book about some of the earlier attempts to reconcile science & traditionalist Buddhism. I only read the sample, so I can't vouch for it to speak to your whole question, but it came to mind: The Scientific Buddha: His Short and Happy Life (The Terry Lectures Series)

Not the answer you're looking for? Browse other questions tagged modern-world sceptic buddhist-cosmology modernism or ask your own question.

35
Does illegal downloading or viewing of copyright material violate the second precept?
6
What should you do when someone teaches false Dharma?
8
What happens if a monk is called for jury duty?
5
What are the consequences of the 14th Dalai Lama being the last one?
2
How should one look at buddhist mythologies and cosmologies from a scientific perspective