The Buddha's struggle with the first absorption

I need help reading the footnotes from the following passage in the book Satipatthana, and finding the suttas which they reference.

M III 162, where only after having consecutively overcome a whole series of mental obstructions (cf. in detail page 199, footnote 73) he was able to attain the first jhāna. Cf. also A IV 439, which reports his struggle to overcome sensuality in order to be able to develop jhāna.

What sutta does M III 162 reference? (as Majjhima Nikaya contains 152)

M I 246. Possibly his ability to enter the first jhāna so easily at this particular moment during his early youth was related to samatha practice undertaken in a previous life, an ability lost during his adolescence and later sensual indulgence as a young man, so that he had to develop it anew.

Both number-systems (e.g. "MN 1" compared to MN i 1") are ordered and in the same sequence, i.e. increasing from lowest to highest.

Go to https://suttacentral.net/mn and follow the 2nd set of sutta references. 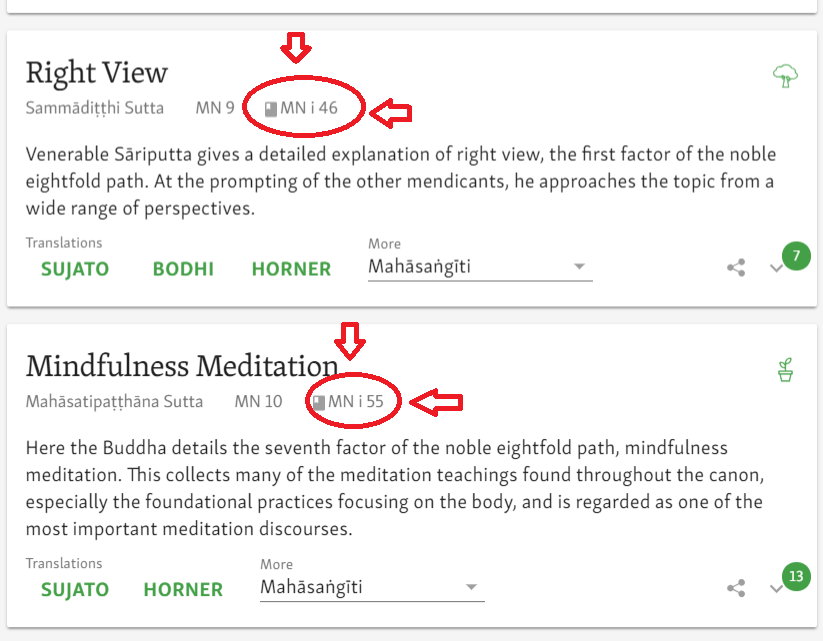 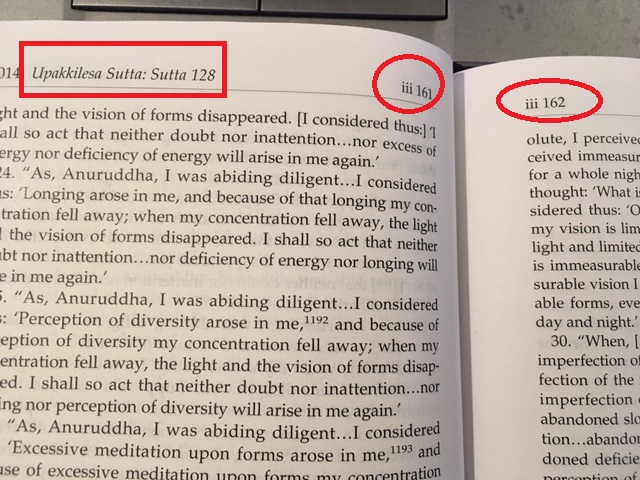 The above said, Analayo's ideas about MN 128 are probably wrong. MN 128 is about a certain dilemma of Venerable Anuruddha, who later was renowned for his psychic powers. The certain dilemma or subject matter of MN 128 is 'obhāsañceva sañjānāma dassanañca rūpānaṃ', namely, 'perception of light and seeing of forms'. MN 128 appears to be about the coming to be of a psychic power rather than about the 1st jhana. Here, the Buddha gives an account of his own struggle with what appears to be a naturally occurrence of a physic power (which will not occur with every meditator, such as Venerable Sariputta, who did not have any psychic powers). Therefore, MN 128 does not appear to be about the Buddha's struggle with the first absorption.

8
Tripitaka Section Numbering
1
Where is DN.iii.106?