Does Vajrayana accept the idea that Buddha placed Lord Yama (a supposed Bodhisattva) in charge of the hell realms to ensure karmic retribution?

In reading this answer to another question I came across this link which is seemingly a Tibetan Buddhist site proclaiming the following:

In Buddhism the two beings that are often confused with the Christian concept of the devil, Yama and Mara, are also Bodhisattvas. Lord Yama’s job is to make sure beings receive the appropriate karmic retribution in the appropriate hell realm.

Which strikes me as completely antithetical to Buddhism, the Dharma, the Bodhisattva way of life, and well in just about every sense wrong and even dangerous idea about how karma works. This is certainly never been taught to me in the Gelug tradition of Tibetan Buddhism and I would be quite shocked if any of my teachers (in the lineage of His Holiness the Dalai Lama) accepted any of this.

As a student of Tibetan Buddhism, but not specifically the Vajrayana I would like to know if there is any defense of this from the viewpoint of Vajrayana? Does anyone follow this way of thinking?

Personally, I would file this under don't believe everything you read purporting to be Buddha Dharma on the internet. There are ignorant people out there making all kinds of bellicose claims and surrounding themselves in the iconography and material trappings of Tibetan Buddhist culture all the while being shockingly ignorant of Buddha Dharma. This seems to me to be one of them.

Yama is a known God of the lower realm in all forms of Buddhism, I am not knowledgeable about particularly Vajrayana, but I guess they do accept him, there is no reason why not, when he mentioned in all of the sutras

Yama is the God that humans meets when they die, because he rules Karma

I am not sure whats your issue with that

Let me refer you to The Lamp of Wisdom That Illuminates the Darkness of Ignorance, also known as The Voyage to the Hell of the Exalted Lady Choijid, also known as Tale of Choijid Dakini - a story that was popular in 16th century Tibet, "about virtue, sin and the afterlife, told through a 37-year-old woman’s encounter with Lord Yama in hell." 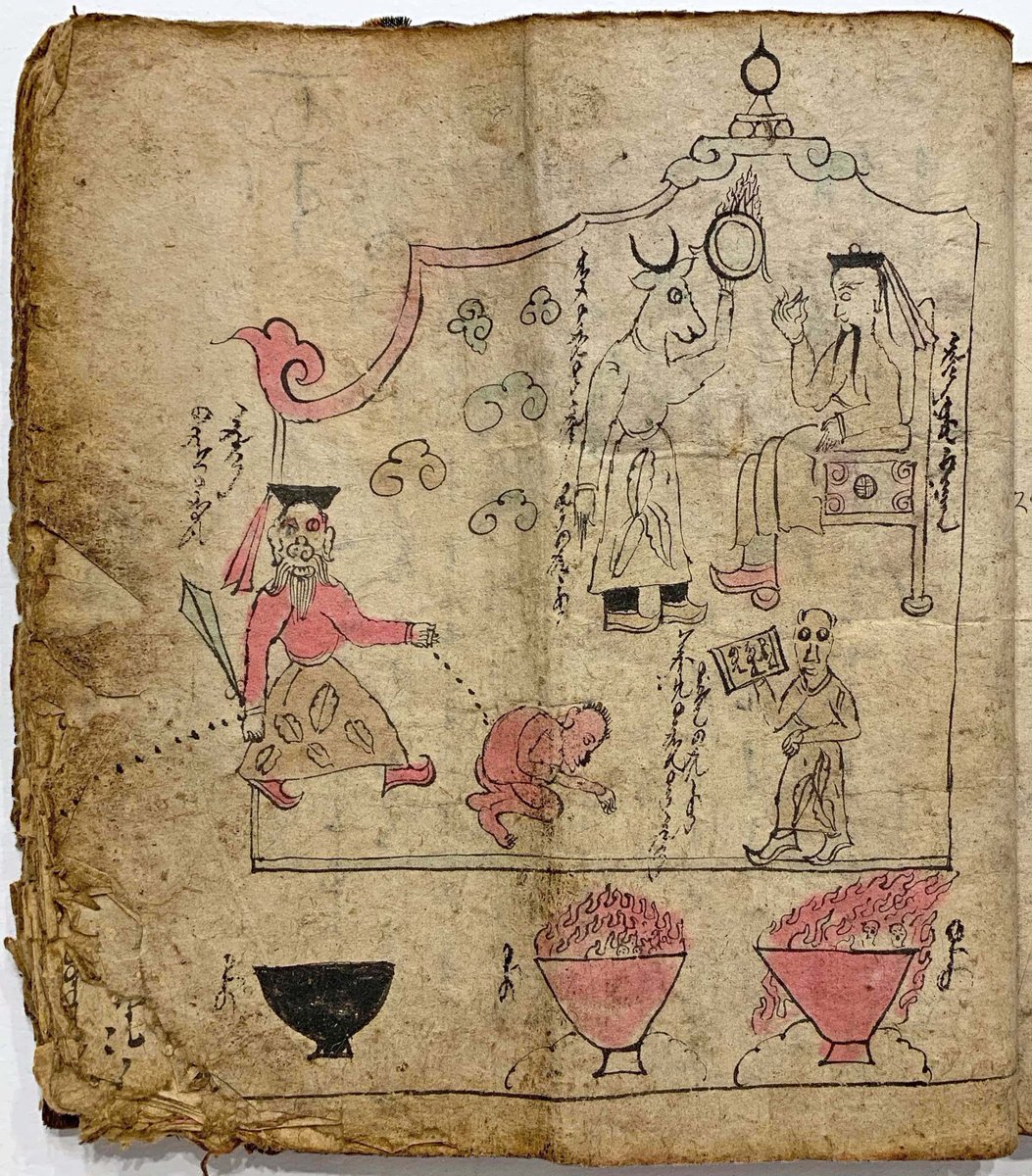 Čoyijid dagini had left life before the time allotted to her. After her soul had gone to hell and there witnessed the judgment of Erlig qaγans, the prince of hell, she returned to earth and into her mortal cover to report and write down what she had seen and experienced in hell. The judgment of Erlig qaγan serves to illustrate the Buddhist teaching that those who have lived a virtuous life are happily reborn, while sinful people have to suffer and suffer inferior existence later in life. Neither the author nor the exact time of origin of this story are known, but it is known that it was published in block print in 1534 in Tibetan. There are several Mongolian translations of this block print, some of which contain changes and additions. What is striking is the change in the name "sinful Gelung" (monk) to sinful Gesgüi "(supervisor at prayer events). So by addressing a higher Lamarang, the narrative got something of a socially critical tendency. Episodes were also inserted in which Erlig qaγan punished high lamas and princes hard for their sins.

Unfortunately, I can't find this story in English, but I have it in Russian and believe me, "Lord Yama’s job" is described in all possible details.

In meditation who do you obey if not a yama a mara etc.? When I got sit at a temple Mara, Yama, etc. frequently try to appear as the nose consciousness.

The most difficult consciousness of the six consciousnesses to conquer that allows one not to ever fall back into birth as an animal.

How many know that those meals only lead to eating corpses, blood, and the feces of all of those that have failed to attain?

Even in Satori those beings live; replacing empty taste with any taste, replacing empty sight with any sight etc free the eye, the ear, the nose, the mouth and tactile sensation and where oh where could they possibly find a foothold other than right back to their own source of dependent origination striking them like a thunder bolt.

However, deluded? They think that such attack came from oneself and not from the kamma of them self and the company they keep. Such is the nature of Mara's, Yama's and their armies.

Conquer one's own entire wheel of life; many are under the mistaken impression that they are supposed to escape it. After it is conquered; make no mistake... another wheel not one's own; is on the way... and they expect you to conquer it for them just the same as you did yours.

Yama is the; Demon or lord of death of the Bhavacakra. Basically; He's the monkey stuck in the tar trap sutta. Grasp the wheel yourself and make Yama happy he can then go be Kurukulla and protect the dhamma like he's supposed to do.

1
Can bodhisatta reborn as mara