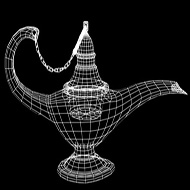 Jason Thorne works with the Django framework programming Point Of Sale (POS) and Content Management System (CMS) for several tour operator websites, several of which operate from the same server in a multi-tenanted in house developed CMS. A new front end site is being developed using Wagtail CMS (very nice), communicating using REST (not going to expand that one) with the existing POS. The existing web application will become just a point of sale, and feed information regarding availability to the new site which in turn will feed sales. I work mostly on infrastructure and back end, while a colleague of mine Brice Thomas is doing the javascript and CSS magic to make the site shine.

The existing system was first developed by Jared Quinn, who I must say did some amazing work in a very short time. I have never met Jared, but I have gained respect for his clever and practical programming while working on his project.

Back to me, Jason graduated from the University of Adelaide with an honors in applied mathematics and computer science. He has worked with the Apple University Consortium, winning several grants and scholarships leading to the development of The Level Dependent Quasi Birth-Death model solver and Network Installers. He held a position as a Lecturer at Charles Sturt University for three years convening subjects in computer games and systems administration, and was involved in creating the first Australian Computer Games Technology degree. Jason has over 20 years experience with programming, scripting and network administration.

Django/tablet/phone built environment project This project involves communication between iPad/iPhone and a database server with a web interface. The tablet app allows a user to take a photo/type text/record audio and upload it to the server. Used for identifying issues with the built environment. I set up the server, and built the web site and web interface to the database. The technologies I used were RedHat, OS X and Ubuntu Linux, Apache, Python, Django, MySQL, SVN, Iptables, yum, rug, Javascript, PHP and make.

This user hasn't posted yet.