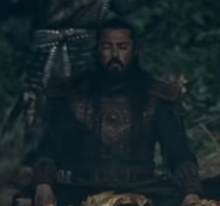 5
What is the relation between Astrology and Buddhism?
4
What are the main warning signs in a Buddhist centre?
7
What is the benefit of staying with one method, lineage or Dharma tradition?
4
What to make of Jhanas as explained in the pragmatic dharma movement?
4
Dharma without Karma?
6
What should you do when someone teaches false Dharma?
3
What is the destination of a Buddhist?
1
What is Dharma-Body of the Buddha?
3
Is it disrespectful or unlawful to have dharma tattoo in Sri Lanka?
6
How do you talk to someone whose loved one is dying?