What is Zen Qigong in Zen Buddhism?

Question is in the title.

I was wondering about what this Qigong practice is and how it relates to Zen Buddhism. I've heard that it's a way of developing internal energy but I'm not sure what it's used for.

Thanks for your time. 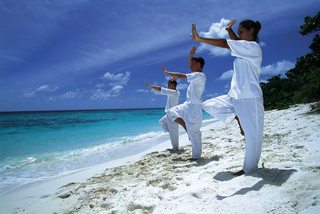 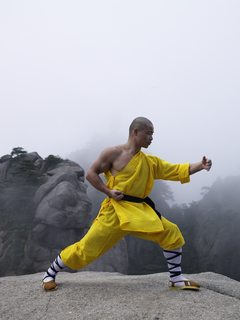 They were taught by the great Bodhidharma in 527 CE to monks at the Shaolin Monastery in China when this First Patriarch of the Shaolin arts found the monks weak and often sleepy during meditaion...

Luohan Qigong is the "Art of Breath of the Enlightened Ones." Luohan Qigong, or Lohan Chi Kung, is an system of exercises and breath control for improving your fitness, vitality, energy levels, concentration, poise, and well being. Combined with seated or standing meditation, Luohan Qigong can also contribute to steady spiritual progress. Numerous legends attribute the development of the Luohan Qigong methods, and the Muscle Tendon Changing Qigong methods, to the Buddhist leader Bodhidharma (Da Mo, Ta-Mo, Daruma), circa 525 CE, a early advocate of Chan (Zen) Buddhism. There is little nor no written documentation of Luohan Qigong methods prior to 1880 CE.

The native religion of China, Daoism, and the native social philosophy of China, Confucianism, antedate the arrival of Buddhism by over 300 years. These three viewpoints have often conflicted with one another, with Buddhism often characterized as a "foreign" influence, and at other times the three schools have blended together as in Complete Reality Daoism. The Daoist scholar, Livia Kohn, has researched the history of Taoist and Chinese medical practices using exercise methods as a cornerstone. There is documentation back to 200 BCE regarding these practices, although specific movement descriptions are often lacking. Clearly these Daoist Daoyin practices and secular medical exercise methods for health and longevity influenced and were influenced by the qigong and martial arts practices of Buddhists at places like the Shaolin Temple. Numerous other authors, listed above, have explained the intertwining and cross fertilization of the related qigong practices of the Buddhists, Daoists, and traditional Chinese medicine doctors: Liang Shou-Yu, Yang Jwing-Ming, Andy James, and Kenneth Cohen.

7
Has Zen and the Art of Motorcycle Maintenance got anything to do with Zen?
4
How is Qi Energy used in Buddhist practice?
5
Combining yoga (asanas); qigong meditation and raw vegan diet with Buddhism
7
Caught in a bind; what to do?
9
Returning to the marketplace - examples
2
Does Jukai imply a student commitment to the preceptor?
5
What is Zen, what are Zen beliefs, and why is it called Buddhism?
4
How do kōans work?
3
Does Zen have an unusual view of samadhi?
5
What is the Buddhist view in Socratic questioning?