What Buddhist Software is there?

I'm a programmer who is also interested in Buddhism and right now I'm in the planning stage for creating software inspired by Buddhism.

I would like to know what Buddhism-related (or -inspired) software is already out there (including simple web apps, mobile apps, etc.) since this can help me with my own project.

I'd be grateful if the community can answer this and hope that many others will benefit from software helping to put the teachings into practice.

Here are some apps that you might find useful:

"With over 11 hours of custom meditations for 15 different parts of your day including traveling, being online, taking a work break and going to sleep, buddhify 2 gives you a simple but effective way to bring more mindfulness and calm to your busy day".

"Bodhi Timer is an elegant, minimalist countdown timer. It is designed mainly for use as a meditation timer but can easily be used for any similar purpose."

"The elegant meditation timer times your sittings, provides a beautiful journal for sitting notes, and displays graphical tracking giving you clear feedback on your meditation practice. It's carefully designed to be the ideal companion for anyone who meditates".

In general its a meditation app that lets you keep track of sessions. I use it sometimes like when i do not have the possibility to sit in meditation as long as i want. Then the timer is great and it has some nice singing bowl sounds which gently brings you out of meditation. There are also some guided meditations in there but be aware that most of them are non-buddhist as are many of the groups in there, although there are buddhists groups in there that one can join.

"This is a companion app for our online meditation community at http://meditation.sirimangalo.org/"

"Change your life by starting a daily meditation practice. ZenFriend helps you to build this habit by offering a beautiful timer, a worldwide community and a way to keep a record of how much you meditate all in the one place".

Portable ATI edition. One can read the sutta translations in the app. I dont know if its easier or "better" than the real deal on the internet. I didnt really use it.

"Buddhist Thoughts is a great iPhone application that enables you to follow daily Buddhist readings what are based on the Sacred Literature of Buddhism and Buddha Dharma Education Association".

"Buddha Vacana is a daily readings app that automatically bring a verse of the Buddha’s teachings to you daily on your Apple iPhone, iPad, iTouch, facebook, PC and other supported devices".

Dharma and the 5 precepts training.

"This free app enables you to carry enlightenment and spirituality wherever you may be. Aimed to support beginners and intermediate level students of the Buddha in the attainment of knowledge and truth, this app provides quick and easy access to the teachings of Buddha and the Dharma".

"The Digital Pali Reader (DPR) is a tool in the form of a Mozilla Firefox extension, much like a hard-copy language reader, facilitating study of the Pali language at an advanced level."

It says that this app is composed by Buddhist Master Langri Tangpa and that its a highly- revered text from the Mahayana Lojong (mind training) tradition. "Along with the original text in Tibetan and English, the app contains text commentaries in English and audio commentaries aswell".

"Milarepa was an eleventh-century Buddhist poet and saint, the Greatest Ever to Appear in the History of Tibetan Buddhism. He was a yogi who wandered from village to village, teaching enlightenment and the path to Buddhahood through his spontaneously composed songs".

This comment is from a customer review of the app: "I came across this app whiles searching for any sort of media on Milarepa. I was hoping that the app would contain the audio in addition to the written text, but that was not so. Nonetheless, it is a beautiful App and I thank the developer for his efforts. It would be nice to actually here those amazing poem being sang".

"This app is meant to allow the user to read Pali Buddhist texts with side-by-side English translations, including the four main nikayas and the Dhp and Jataka commentaries as well as the Visuddhimagga".

"A Unique Collection of 50 Buddhism Books. This book gives you the complete knowledge of Buddhism, this are the best collected books written on Buddhism. The people who are new to Buddhism or who don't know about the Buddhism. This is the best book for you".

"This dictionary features entries on the history and doctrines of the major Buddhist schools, information on the spread of Buddhism in Asia and the West, and coverage of issues of contemporary concern such as human rights, abortion, euthanasia, engaged Buddhism and the role of women in Buddhist teachings".

"Shrine is a realistic and interactive Buddhist altar in the palm of your hand, you can now practice meditation wherever you are even while away from home. You can choose the way your Buddhist altar is composed by keeping only the items you wish, just go the layout menu and pick up the items you want. All items were scanned from a genuine Buddhist altar. Real-looking candles and incense are part of your altar, you may choose to light them up when you feel by touching them with your virtual match".

"With the Tibetan Wisdom for Living and Dying app, Rinpoche presents a grand and transforming vision of life and death, introducing you to Tibetan practices that can help anyone live fully while preparing for the extraordinary adventure that death offers each one of us".

"The Tibetan Wisdom for Living and Dying app features: - A nine-hour course on core Buddhist teachings that invite us to face death without fear (9 hours, 14 minutes of audio) - A Good Minute—video selections that offer concentrated wisdom to inspire you anytime - A relaxing slide show - An interactive vine garden to enjoy while listening (iPad only) - Bookmarking to help you easily find your favorite content".

"This application will provide you with information about Buddhism and Buddha traditions and you can try some religous customs on your mobile virtually. Pro version includes 10 tools such as hand bell, incense, cymbals, damaru, prayer wheel, candle, conch shell trumpet, prayer beads would be available".

"Learn daily Buddhist prayers. This application provides basic daily Buddhist prayers in Wylie transliteration format so anyone can read them, also provided are the English translation/descriptions of the prayers. Along with the texts, this app also provides audio guide for all the prayers. The audio guide was recited by a former Drepung Gomang Monastery monk and provides word by word audio guidance, like a guru teaching a student".

"In this application, we picked more than 150 Buddha quotes that can change the our view of the world. Besides these thoughts, there are one great bonus: more than 350 Buddhist quotes from various authors".

"Beautiful Buddha images are used in this game of pairing cards. Very relaxing game for both adults and kids, you get to play this game over and over again because of the calming Buddha smiles as well as getting a quote from the Dhammapada every time you complete a game".

Important note to all Buddhism-SE users:

In this answer all users can add buddhism-related apps.

If you would like to add an app please file it under the appropriate category, add a link so that the app is easily located and a short description of the app or other information that you think other users might find useful.

Not answering the question up there, but just to point out that there is a lack of triple A high quality good Buddhist games in the market.

This group serves as a platform for game developers to gather and develop a Dhamma themed game. A Dhamma themed game is more than just re-labeling conventional games with Buddhist culture, but has core dhammic lessons within the game and learning dhamma is a core part of playing the game. This group allows Buddhists who are gamers or who has these good Dhammic game ideas to present their ideas, gather their team of game developers and make a game on their own secret group platform. This can also be a place for game developers to seek out employment/free lance project if there is budget from the project proposer. It can also be a place where Buddhist game developers donate their time and effort to making a Dhammic game, but it’s far better to secure funding.

Just as a Buddhist movie is not made by all volunteers, a most realistic expectation of success comes with funding, so there can be a role of the sponsorship seeker, and sponsors are welcomed in this group as well to select which projects are worth funding.

So I need your help to spread the word, identify the game developers, sponsors and idea guys. It can hopefully produce something which is worthy of being promoted at Sunday Dhamma schools and even common temples and commercially successful. Thanks!

I recently made a non-commercial VR app to help perform Color Kasina Meditation: 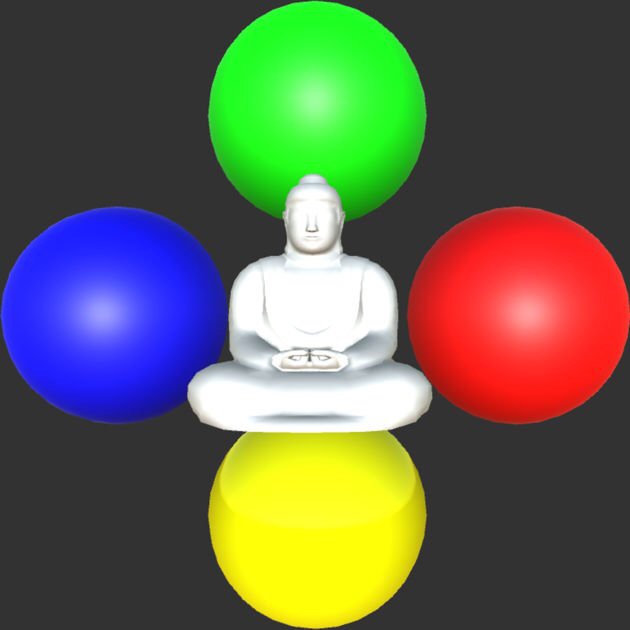 Answering my own question here are some that support mindfulness and meditation practice that i've found:

I have taken refuge with the Venerable Master Hua (Mahayana) ...and found out to some extent that despite my various mistakes and unfortunate events in life, I have been protected by my master.

It is said big disasters become small ones, and small ones gets eradicated.

I am a test engineer. If there was some software that I would like to have. It is:

A CRM software indicating time of taking refuge, taking 5 precepts, participation in major Buddhist events. Also, whether plaques have been put up or not.

The best electronic Buddhism is the Pali & English suttas and related search functions at Sutta Central. These can help greatly discerning the true meaning of the Teachings (which are often corrupted by the mainstream Buddhist establishment).

Not the answer you're looking for? Browse other questions tagged reference-request media or ask your own question.

2
Is the path of Zen compatible with computer science?

7
Is there a compassion only Buddhist path?
5
What are some entertaining/fictional movies, books, etc. about Buddhadharma or Buddha himself?
3
Where can i find buddhist chanting and music?
5
What are good Buddhist Blogs / articles sites / resource sites out there?
2
In what Sutta(s) is there a References to Imagine the Body Inside Out and What is Below the Skin
2
Is there an API for Buddhist texts?
1
Is there anything I can read about the Buddhist tradition today?
3
Are there suttas that recommend a specific order of the buddhist practices?
3
Is there a serious TV channel which is for Buddhist community?
2
Are there any Buddhist suttas in the scriptures about retaining memory?