The story of Ji Gong 濟公

Chinese often worship Ji Gong and I m quite confuse here. Buddhism practices should be placed at 1st instead of just worshiping or believing in fortune telling. Some may have possession of Ji Gong and provide fortune telling/healing service which I believe is forbidden in Buddhism.

Unlike traditional Buddhist monks, Daoji did not like following traditional monastic codes

Not long after that, Buddhism began to recognise Daoji's compassionate efforts and he is involved in many classic kōans.

I've yet to find any koan or other forms of Buddhist texts explicitly mentioning Ji Gong, so it's difficult to say whether he was 'accepted' by some schools or not. But we can look at other factors.

Are there precedents? Yes. There are many well-known (and greatly revered) bizarre monks in the history of Buddhism. A notable example is Drukpa Kunley, who allegedly used his penis to subdue evil and had had sex with thousands of women. More on par with Ji Gong would be Hanshan (寒山) and Shide (拾得), who are often depicted with distinctive expressions, heads full of hair and wearing ragged clothing. This duo are pretty popular in Zen, and, similar to Ji Gong, are believed to be the incarnations of Manjusri (文殊) and Samantabhadra (普賢), despite behaving like lunatics. 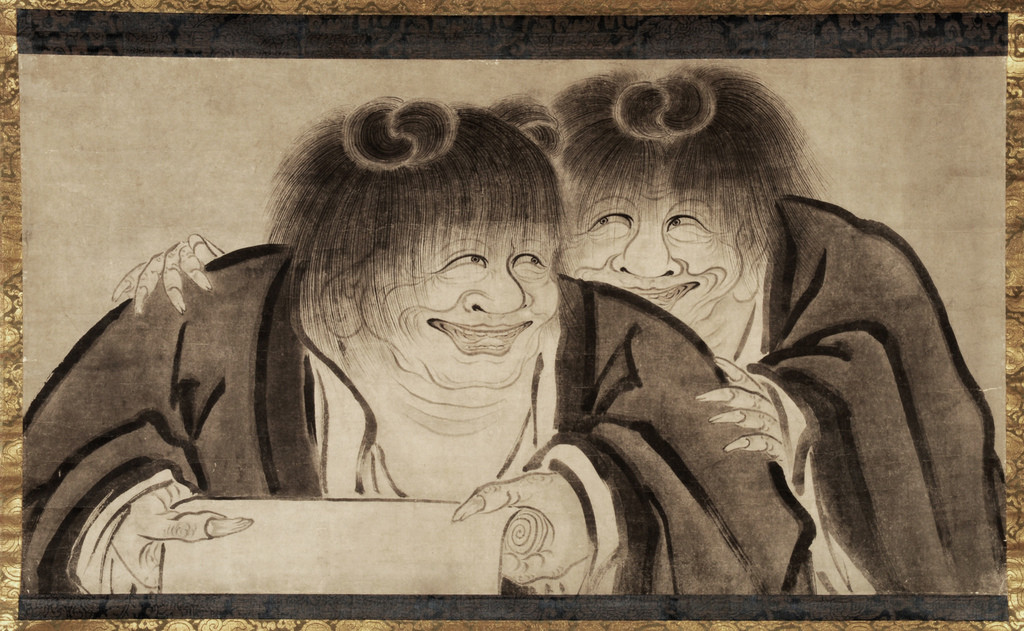 Should monks behave like so? Hard to answer. Monks keep the precepts to cultivate compassion and develop the mind. But one can argue that, since an enlightened being is unattached, unbound and know what they are doing, they need not to follow the precepts as long as their actions help others grow spiritually and reduce their suffering. Although there are differences between the craziness of an enlightened being and that of someone with mental illnesses (see Andrei's answer on crazy wisdom), there are times where the distinction can be blurry.

Note that this line of thinking only applies in one direction. It does not justify doing scummy things and then later claiming that you've done so because you're enlightened.

To sum it up, these monks - Ji Gong included - presumably knew what they were doing. The benefits of the monastic rules are not negated by their acts. If you're a beginner, it's still best to keep all the precepts.

There are already many answers concerning fortune telling:

AFAIK, those who provide and engage in fortune telling in Buddhist temples in China are not monastics, so the Brahmajala Sutra won't apply to them (a.k.a not wrong livelihood). My take is that if you aren't obsessively into fortune telling, the practice is harmless.

Not the answer you're looking for? Browse other questions tagged doubt or ask your own question.

3
Do Buddhist believe fortune teller?
2
What is 'crazy wisdom'? (no uninformed guesses please)
1
Is fortune telling allowed in temples?
0
Did the Lord Buddha say anything about magic and fortune telling?

5
The role of doubt in Zen Buddhist practice?
4
What happens after the great doubt of koan practice?
3
How does the 'Great Doubt' compare to doubt?
0
Is the seer and seen different? Example i saw tree . tree and "me" are different? Or tree and "me" are same?
1
Buddhism and the Diet Practices view from other religion
6
Why do some English-language texts refer to the Buddha as "Lord"?
2
Nīlakaṇṭha Dhāraṇī (“Great Compassion Mantra”) One of the most popular Mantra in China
1
Seafood - End and The Alternative Karma Consequences
1
The difference between Arupaloka and Nibbana
2
Incarnation of Arhat Ji Gong 濟公