About svasaṃvedana (reflexive awareness) and having bodhicitta

I hold the Prasangika Madhyamaka as the highest and definitive of the Buddhist tenet systems. The prasangika refute the notion of inherently existing reflexive self-awareness. Here you can see Chandrakirti refuting the notion of Svasaṃvedana or rangrig of the Cittamatran school: 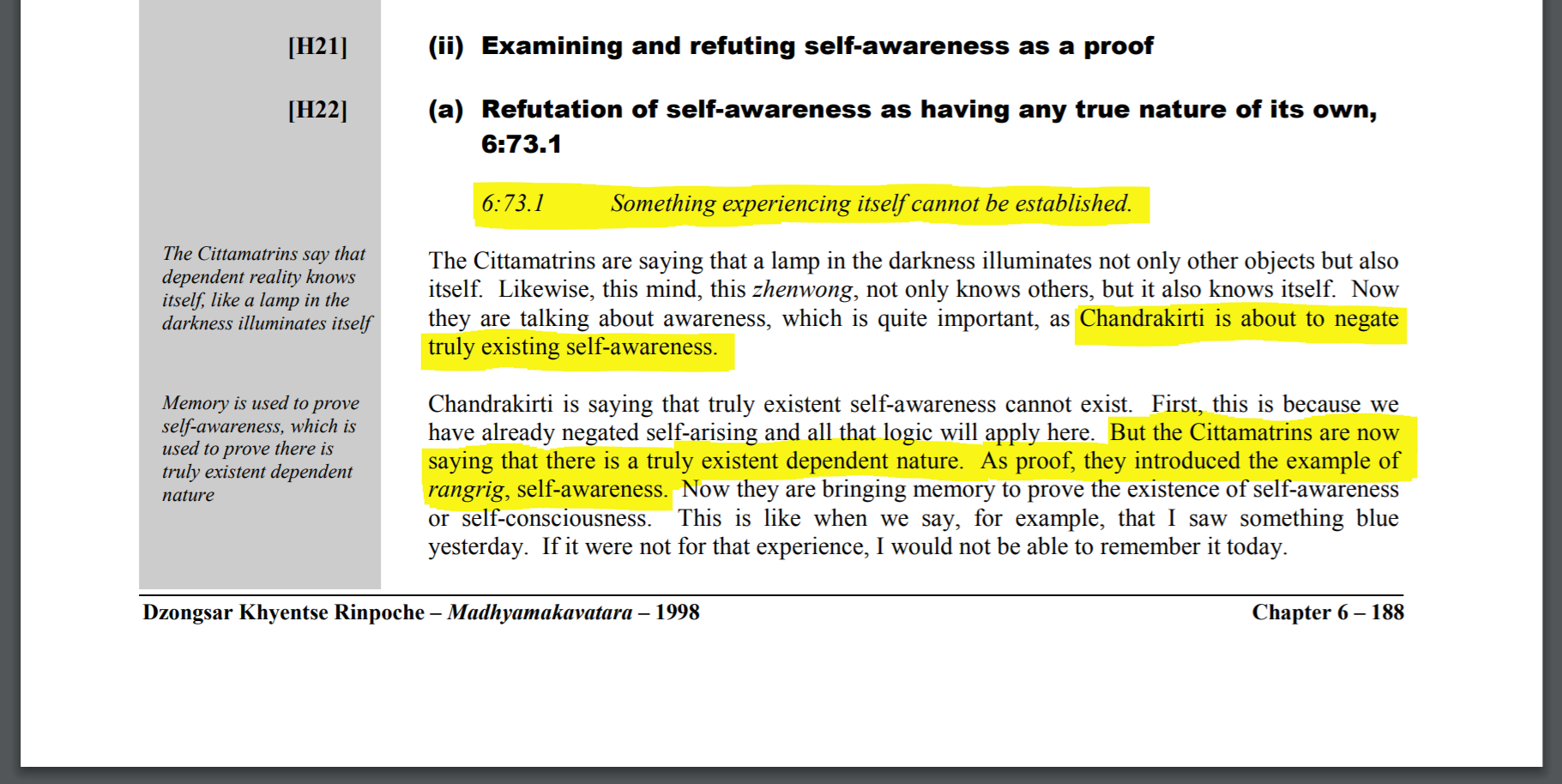 The above is taken from a commentary on Chandrakirti's Madhyamakavatara by Dzongsar Jamyang Khyentse Rinpoche. Rinpoche is a highly accomplished master of the Rime movement and has studied under all major schools of Tibetan Buddhism. It should also be noted that he is quite sympathetic to the Cittamatran school: 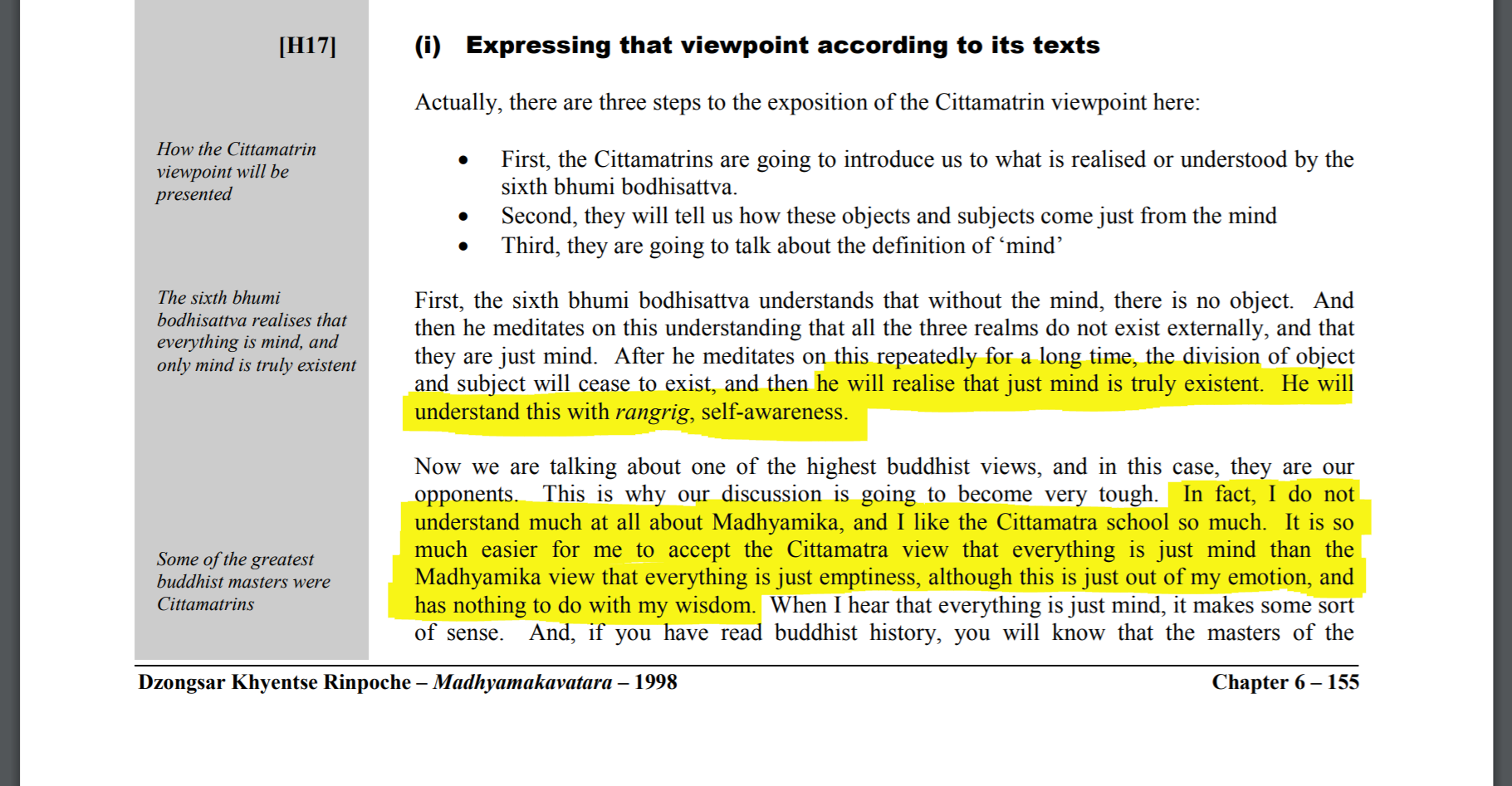 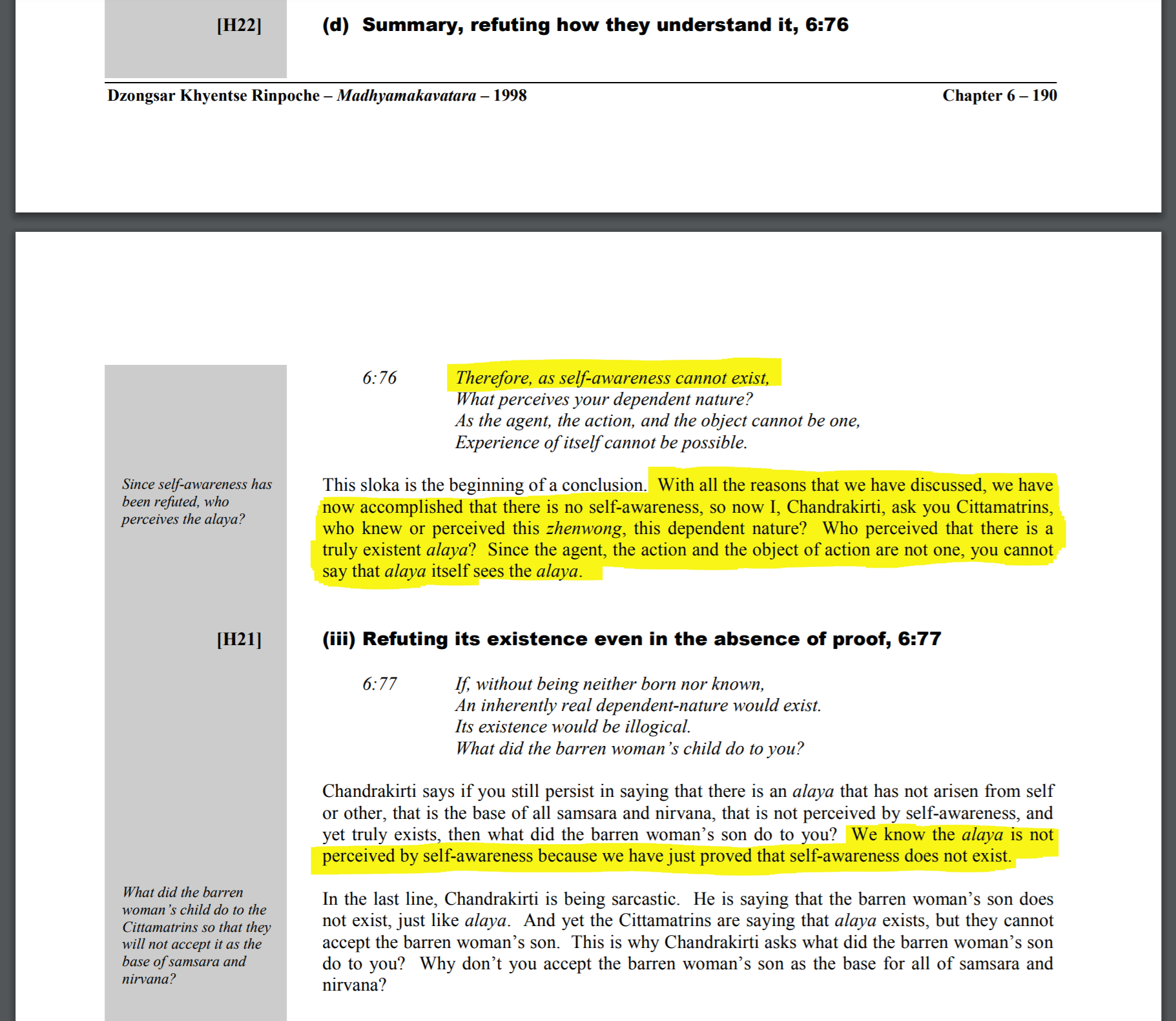 As for your second question... Yes, it is possible to be aware of your own genuine realization of Bodhicitta. However, most ordinary people fool themselves into believing overinflated self-conceptions of their own achievements. Regardless, this self-awareness - whether mistaken or unmistaken - is only conventionally true and does not have one iota of true existence. That's because nothing whatsoever has one iota of true existence.

PS: If you would like to verify with another commentary on the Madhyamakavatara you can look at Ju Mipham's commentary here. If you do you'll find that it is in complete accord with the above.

5
Emptiness in Theravada and Mahayana

5
Why are the 16 Unwise Reflections ("shall I exist in future" etc.) considered unwise?
6
So what's the sense of it all?
4
Do Buddhists put any stock in feng shui, particularly crystals?
2
Reflexive awareness?
5
How do you understand Ananda Sutta?
3
Critique on Kalama Sutta: Is Buddhism bad for Buddhism?
0
What could go wrong if one misconstrue Buddhism with nihilism?
3
Anicca, dukkha, Buddhism and depressive nihilism
7
The thorny issue of anatta
0
What arguments are there for "karma" -- that the agent inevitably experiences the result of their actions?