In Jāṇussoṇi sutta (AN 10.177) the brahmin asks the Buddha whether offers to departed relatives and family members benefit them. The Buddha says that "on the right occasion, brahmin, it can be of benefit not on a wrong occasion", and later on, he says about someone who is reborn in the deva's world that "this is a wrong occasion, when the gift is not of benefit to one living there".

At the same time, we find in suttas such as Ratana Sutta and quite a few others, references not only to devas desiring offerings, humans making offerings to them, and even sharing merits with them.

Of course, it's a fact known that the many (if not all?) traditions, specially in the Theravada countries support the practice of offerings and merit sharing with devas.

My questions then are:

a) Does any literature (eg. commentaries) deal with this seemingly conflict?

b) Are there any known explanations by elders of any tradition commenting on this sutta?

The Jāṇussoṇi Sutta is about merit or benefit accruing to the receiver of the gift.

The Ratana Sutta is probably about merit or benefit accruing to the giver of the gift.

Is so, there appears to be no conflict.

This is because a human or god does not need the gift, which is why the gift does not accrue to them. For example, a virtuous (human) parent gains merit from giving to its children. When a child gives a gift to its parents, this gift is only a trivial or amusing thing to the parent (rather than something that changes the parent's merit). Or when a rich person (a god) is given a gift, it does not change the rich person. For example, my rich friend returned home from overseas recently and when I visited him after many years I sensed I was not really appreciated by him because he has become very important & rich. But 15 years ago when he was having relationship problems & I helped him, he appreciated me because he was a hungry ghost then, wanting a successful relationship.

Similarly, for beings trapped in hell or animal mind, a gift does not accrue to them because of their chronic state. For example, when people are chronically depressed due to a deep loss (which is 'hell'), giving a gift does not help them. Similarly, an animal, such as a sexual predator, does not respond to gifts because they do not have the disposition for loving others. For example, I know a man who is a sexual predator, who is bitter & twisted. I helped him once for many hours set up & learn to use his new computer but he is never friendly when he sees me. He hates everyone. He is incapable of gratitude because his mind is animal mind, every morning & every afternoon on the same beat looking for tourist women to have sex with. 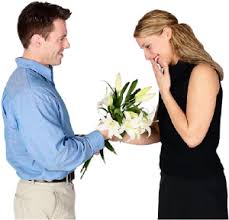 Its like my mother, who I see for one or two weeks per year. My giving gifts to her does not change the enormous merit she has made as a mother. Therefore, my gifts to her are essentially worthless, apart from a token gesture to show I think about her. However, my small token gesture is important to the 'hungry ghost' element in my mother; namely, her need to know her children think about her on her birthday, mothers day, Xmas, etc. Just a small gift or phone call is enough to keep this hungry ghost element in my mother satisfied. I am not required to give an enormous gift to my mother.

The above analysis is supported by the traditional depiction of the Wheel of Life (below), where the antidote, solution or practice for each realm given by the Buddha is depicted as follows: 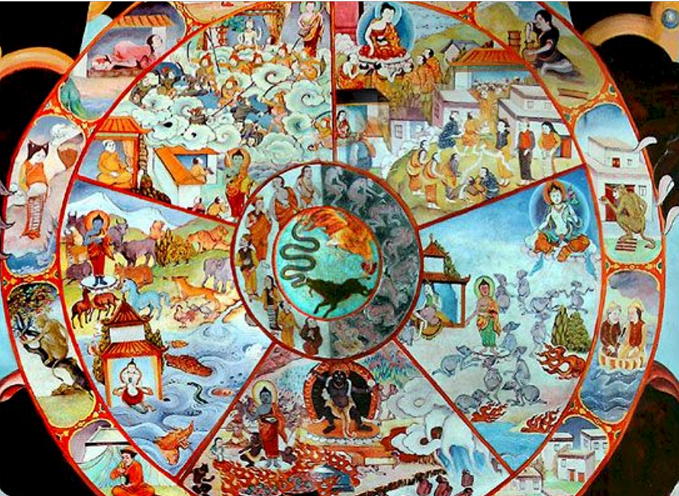 Why asking on places where hardly anybody has right view, believes in Devas, nor is pleased to make gifts, cherishes generosity, aside of no ideas how the elders and the Sangha actually deals with it? Isn't it not merely like approaching Devas on such an account, dealing with their prison? And if meeting actually Petas here, better if making gifts, rather to ask them to give. Understand?

His asking the Petas, dedicates groß food for the Devas... but if he would sacrifices toward those on the path, seek association there, his actions would hardly fail, even if not knowing firm yet.

Not the answer you're looking for? Browse other questions tagged merit deva or ask your own question.

2
Devas as gods in buddhism ,is it a corruption of original teachings..?
3
Actions taken to transfer merit
4
Sharing merit in Theravada Buddhism
1
Brahmas and Devas?
2
If devas are real, than why don't they show us themself?
1
Importance of making and sharing merit
2
Devas' Mortality
2
What did the Buddha say about sharing merit?
0
What did the Buddha said and taught about sharing demerit?
2
Are virtuous humans reborn as Devas and sinful humans reborn as Demons?