Have any Buddhists claimed that the Buddha “responds” to the death of every sentient being?

Have any Buddhists claimed that the Buddha "responds" to the death of every sentient being? I mean 'respond' as it appears in the Chinese concept of 'stimulus-response'

I'm just trying to square my belief that I cannot die twice, with Buddhist doctrine.

First, the doctrine of many Mahayana schools kinda states you die twice, though one of them is spiritual and not physical. For example, in Chan/Zen, attainment is called "the Great Death".

A man who has died the great death has no Buddhist doctrines and theories, no mysteries and marvels, no gain and loss, no right and wrong, no long and short. When he gets here, he just lets it rest this way. - Yuan Wu

What this means is that in these Mahayana schools (non)sentient beings innately already possess the Buddha-Nature (a very misleading translation of the Pali tathāgatagarbha and the Chinese 如来藏 rúláizàng). The literal meaning of the Pali and Chinese is something like "the womb/origin/essence/house of the Tathāgata (the one thus gone, one who has walked the path), implying it is there, but wrapped or hidden out of plain sight.

Zen teachers, in particular, will state to their students they have "nothing to teach" because the ability for Kensho is innate. 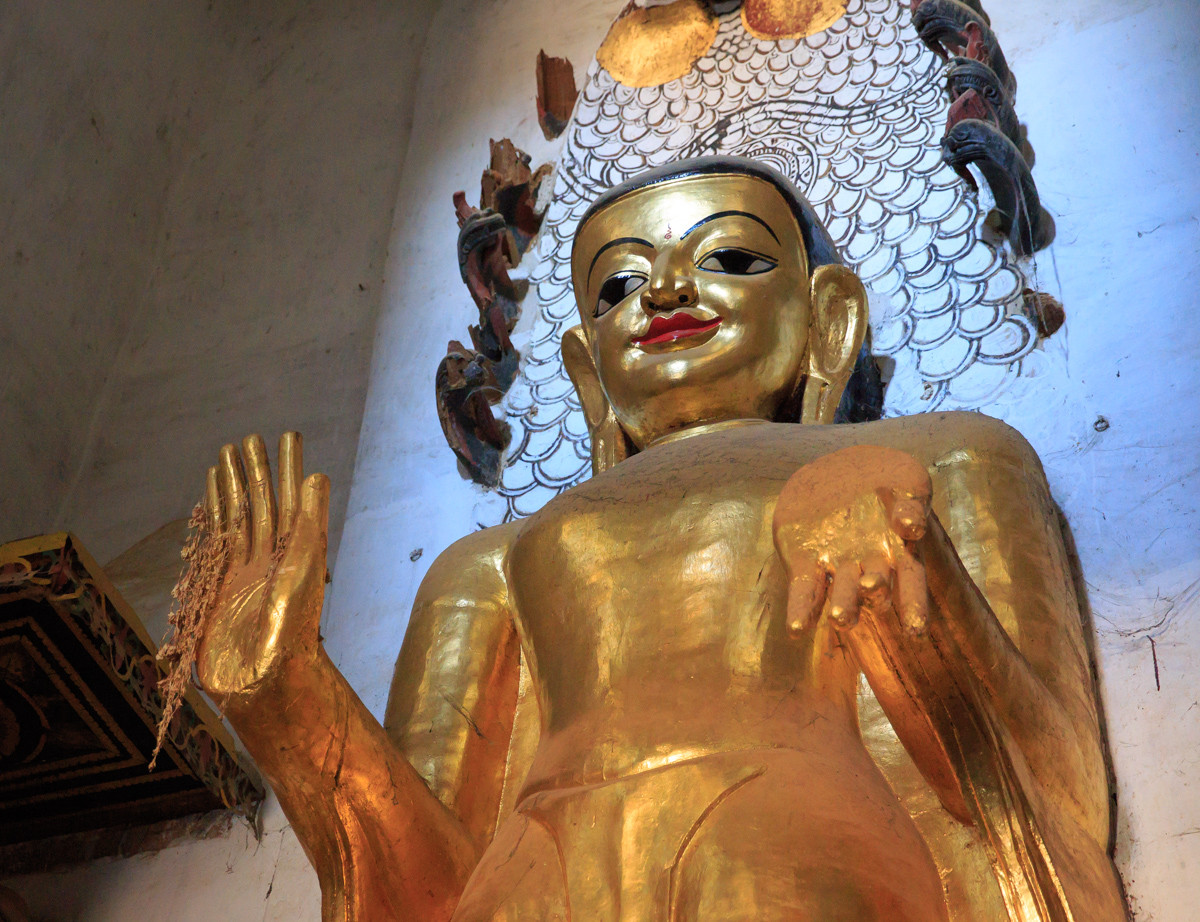 In Zen, the Abhaya Mudra (hand gesture) shown in many Buddhist statues is taken to mean exactly this: the lower empty hand indicates there is nothing to teach, the raised hand, to use a modern euphemism, shows there's "nothing up my sleeve".

Second, Mahayana Buddhism's Avalokiteshvara's name means something like "who reacts to the sound (taken to mean the cries of beings who need help), which in Chinese became 觀世音 Guānshìyīn "who perceives the world's lamentations". He/she is considered the most important Boddhisattva, the pinnacle of mercy & compassion. (Bodhisattva- being of bodhi or enlightenment, one who has earned to leave the world of suffering and is destined to become a Buddha, but has forgone the bliss of nirvana with a vow to save all sentient beings.

Not the answer you're looking for? Browse other questions tagged buddha death chinese-buddhism life-after-death or ask your own question.