I believe the planes, I just was curious about that.

First, you need to understand that Religion is not Science. Science proceeds step-by-step by verifying objective reality, religion proceeds as a subjective experience. It is easy to avoid the debate, just don't go into it. Understand that it is essentially your mind and not you who wants to debate and prove everything right. It is your ego which hankers for arguments because such things as debates strengthen your ego.

As you keep getting into it then simply watch how the mind acts. Next time do not react but respond. And the right response is to ask your friends to meditate and look for themselves the realms or planes.

If you consider Jhnanas as planes of existence then there obviously is a proof of so many Buddhist meditators. But that proof is not like an objective proof of physics, that proof is a subjective experience.

It is very much verifiable through meditations.

So next time you end up in a debate, ask your friends to sit in silence for 5 minutes and just be aware of your mind or breath.

The planes of existence can known as psychological states of mind therefore it is easy to prove them to others. People have hellish suffering; people behave like animals; people can be ungrounded rootless ghosts & addicts; people can live a godly life of wealth, power, luxury or bliss; people can be humane.

Planes of existence are depicted below. An explanation is: The Wheel of Life by Barbara O'Brien. 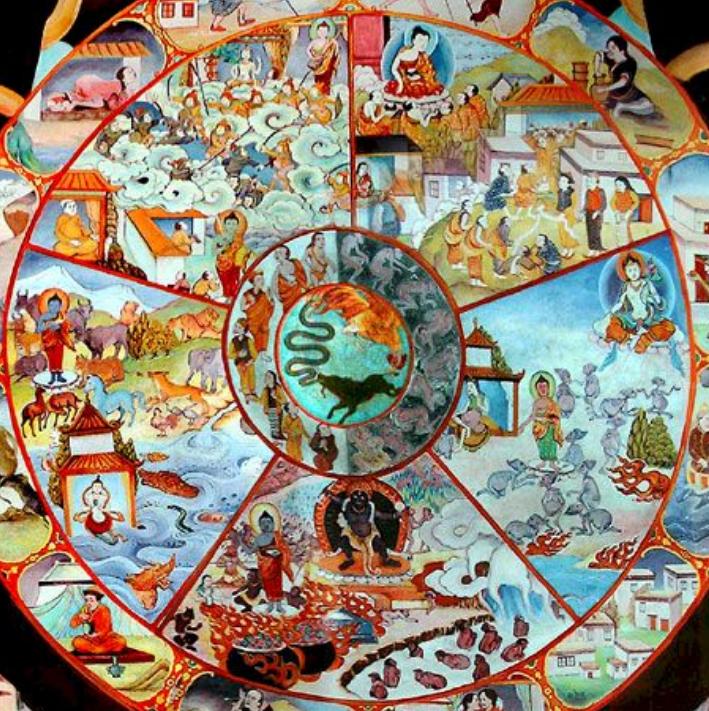 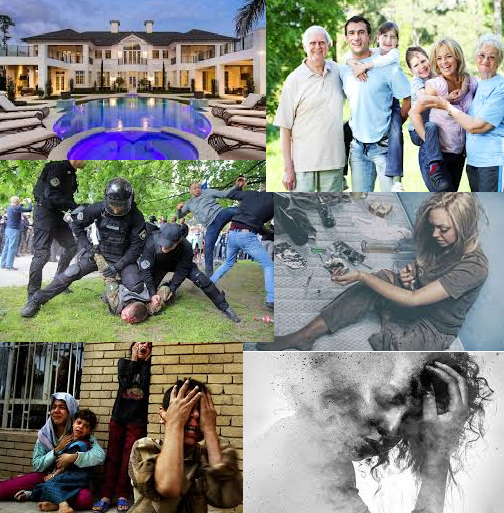 If the planes of existence are something to be taken literally (and not as a metaphor), and if one can only learn personally about such planes by developing psychic powers, then nothing we can say will be enough evidence for proving or disproving the existence of those places.

My personal view on this kind of matters is that I'll put aside (at least for now) anything that I cannot prove or disprove beyond doubts. Maybe my lack of experience and practice is an obstacle to know these things. In the meantime, I'll rather to focus on what I can know and verify personally: the training following the Noble Eightfold Path. Everything else might (or might not) eventually come; who knows...

Your friends and family will never disprove Buddhist doctrine his way. They've exactly no chance of falsifying the planes of existence or impermanence. The only way would be to construct a falsification in metaphysics, and all a study of metaphysics will do is verify its plausibility.

Western philosophers have spent two thousand years trying to falsify the doctrine, albeit without knowing what it is, and haven't yet found another doctrine that even works.

More on the planes of existence see: 31 Planes of Existence by Ven. Jinavamsa

anything verifiable by experience to understand them better?

This is possible. One has to do Samatha meditation to develop the 4 Jhana and then Abhinna. Then it might be possible to see other planes depending on how powerful your Jhanas are.

Until the microscope was invented, we were not familiar with microorganisms. There is one possible hypothesis that the hungry shades or hungry ghosts are actually microorganisms (please see this question). So, it's possible that now we know this plane too.

In any case, the usefulness of Buddhism does not depend on other planes existing. The Dhamma is useful in the here-and-now, to end the suffering that you are experiencing at this very moment.

Whether the 31 planes of existences are literal physical realms or metaphorical psychological realms, are not important to the practice and usefulness of Buddhism.

In comparison, if there is no afterlife, and if the 31 planes of existences are only metaphorical psychological realms, Buddhism would still be very useful in the here-and-now.

If you explain the usefulness and pragmatism of Buddhism in this way, it should put an end to your debates.

Also, ask them this question - could a religion or practice still be useful and meaningful, if there is no afterlife? And then prove to them that Buddhism will pass this test.

Unfortunately, even our most modern scientific instruments are still too primitive to capture concrete data to prove the existence of other planes/realms. Afterall, science still has no luck in capturing dark matter and dark energy. So the possibility of other planes and realms is made possible only by logical induction for now, sort of like the flat-landers analogy in Dr. Sagan's video (ref: https://www.youtube.com/watch?v=UnURElCzGc0 )

Why are they trying to do that?

I won't (and can't) debate Buddhism at all. If someone asks me about something I can try to explain what I've understood, but it often and quickly turns to "I don't know" if they ask me something -- I don't know how to explain it to them, partly because of the way they're thinking.

It doesn't bother me much though -- doesn't mean that Buddhism is wrong, or that I'm wrong, or that they're wrong -- I'm not a monk or a Buddha, a trained teacher.

Also, on the topic of planes of existence, is there any proof in a sense to their existence

That doctrine -- not to mention the doctrine of rebirth generally -- is one of the more colourful doctrines of Buddhism, so it's not surprising if they "pick on" that as a doctrine that's hard to believe or to understand.

One way to see it is to say that humans and animals definitely exist, the other planes aren't so visible but don't other religions teach that doctrine too (e.g. heaven and hell)?

Another way might be to say that they are different states of mind.

You can possibly take them as being states of mind in the present.

3
Hungry ghosts and food offerings to the dead