What is the perspective of the western buddhist cannon websites? [closed]

In the eastern perspective, Tipitaka is memorized and studied by Atthakatha-teachers from generation to generation and still going on nowadays, so it is weird to study Tipitaka without Atthakatha.

But I look at the western Buddhist canon website and they look like "these words are from his disciple's mouth, but I don't want to hear his disciple's explanation because it's not actually his."

For the example, https://suttacentral.net/ protects 84000.org to show suttacentral's page on its iframe directly after this function opened ere long.

I requested this function to 84000.org webmaster because I need to use tipitaka, atthakatha, and tika in pali thai, pali roman, siamrattha thai translation, mahamakutta thai university translation, MCU translation, and english translation. (I don't know why 84000.org chose iframe instead of the real source from inside, but I think the webmaster may avoid the license problem).

Another, why don't the western Buddhist canon websites make the function for easier reference such as highlight function?

OP: It's ok for that protection, but it makes the questions that why don't suttacentral and the other western buddhist canon websites put the losing resources into their website, although they already knew there were demands?

OP: Another, why don't the western Buddhist canon websites make the function for easier reference such as highlight function?

SuttaCentral for example, has a discussion forum here. If you want new features. You can ask them directly. I'm sure other "western" buddhist canon websites have similarly reachable community or administrators. If they lack manpower, maybe they will focus on the canon first, which is itself huge.

Apart from the suttas, there's also translation of the Visuddhimagga online and also summaries of the Abhidhamma.

OP: What is the perspective of the western Buddhist canon website to protect the Buddhist people from Atthakatha study?

I think this is largely due a lack of manpower, so they focus on what they think people need the most.

For example, you can see that not all of the Sutta Pitaka is available on AccessToInsight. Only the ones judged by the admin to be the most useful are there. Similarly with Piya Tan's collection at The Minding Centre.

On the other hand, SuttaCentral has grown to contain a far bigger collection of the suttas, perhaps hoping to cover the whole Sutta Pitaka one day. This is by itself a huge effort.

Comparatively, the Atthakatha is seen as secondary to the Suttas and less important.

But nevertheless you can read parts of the Atthakatha indirectly quoted by Piya Tan at The Minding Centre and other translators like Thanissaro Bhikkhu on AccessToInsight.

OP: Why the western Buddhist canon website acts like "these words are from his disciple's mouth, but I don't want to hear his disciple's explanation because it's not actually his"?

I don't think this is the attitude. I think it's more like "I want to listen to the master's words first. That's more important to me. But if there is a disciple explaining it, I can refer to it, but it's less important or secondary."

I think it's almost the same question as to why some people reject Mahayana, which is the teaching passed by students of Buddha, just like Atthakatha.

Or why some people reject Visuddhimagga.

Or why some people reject Abhidharma.

I guess some people just don't trust anything expect The Canon.

And why do they not trust it? I think, it's because they don't really understand Dharma, so they can't see for themselves which teaching is correct and which is not. Because they can't see the deep meaning and can't understand connection of topics to one another and to real life. So they don't have any way of knowing which teaching to trust - which leaves them with nothing but The Canon.

Q. Why the western Buddhist canon website acts like "these words are from his disciple's mouth, but I don't want to hear his disciple's explanation because it's not actually his"?

A Western Buddhist website is https://www.accesstoinsight.org. On this website is the Ani Sutta: The Peg SN 20.7, where the Lord Buddha told us to not follow the "words of disciples", as follows:

In this way the disappearance of the discourses that are words of the Tathagata — deep, deep in their meaning, transcendent, connected with emptiness — will come about.

Aṭṭhakathā is the words of (heretic) disciples (with wrong view).

Aṭṭhakathā leads to 'rebirth' in the 'animal kingdom' and, eventually, to 'hell'.

Some examples of 'rebirth' in the fire of 'hell' is below: 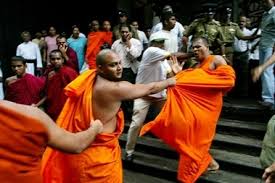 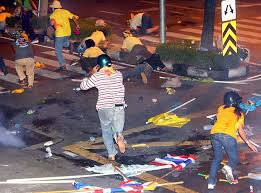 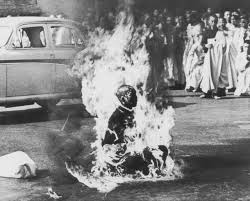 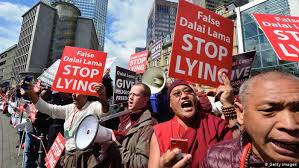 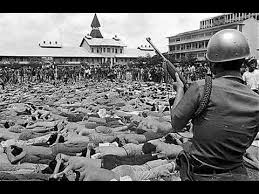 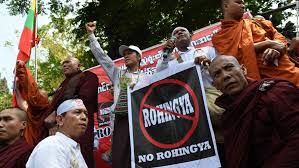 Not the answer you're looking for? Browse other questions tagged pali-canon or ask your own question.

7
What was the 1st Buddhist Council about?
3
What does the word "world" mean in the Buddhist context?
0
Can you reference an article which (dubiously) claims that the Pali Canon is an invention of Western Orientalists?
3
What are timeframe were pali canons, included commentaries, done, especially Mahavihara-Theravada?
3
Is "The body never lies" supported in the suttas?
0
What is the history and (current) location of the root text sources comprising the Pali Cannon?
1
Western scholars: Did the Buddha not speak the Digha Nikaya?
4
Is it in line with the pali cannon suttas to accept other scriptures?
4
In what order should I read the various Buddhist scriptures?
3
What are the Buddhist guidelines for choosing the true Dhamma?