Who was Ming Peu? 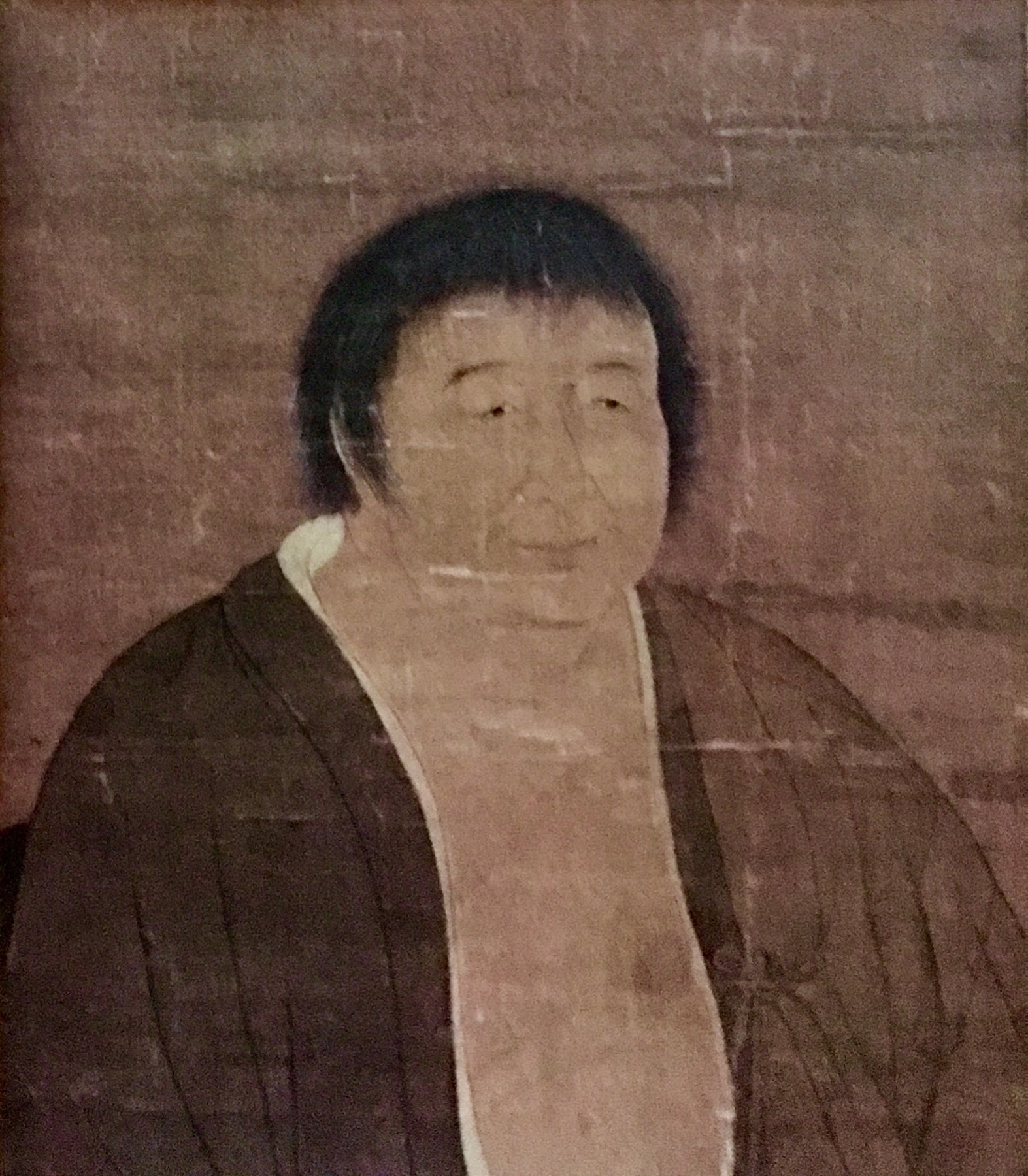 This print was my father’s. He wrote on the back ‘Ming-Peu 13th century priest’. Who was Ming Peu?

I don’t think ‘Peu’ is either pinyin or Wade-Giles.

He appears to be wearing Japanese dress. The kimono is open to the waist.

His head is not shaven. Monastic rules for shaving may not yet have been set down in the 13th century.

What is the difference between a monk and a priest?

13th century would make him potentially contemporaneous with Dogen-zenji.

I'm a bit late to this question, not sure if Johanna has already found what they were looking for.

This style of monochromatic painting similar to the black ink brush painting of China (水墨畫) started to flourish in Japan during the Muromachi period (14th-15th century). Japanese paintings were much more vibrant in colour before the period. Portraits were rare and thus only done for either a person of high social status, or a revered Zen master. The latter is what I guess, which would make this painting a Chinsō. The Zen Buddhist depicted is Zhong-Feng Ming-Ben (中峰明本), in Jap.: Chūhō Myōhon and in Viet.: Trung Phong Minh Bản.

Ming-Ben was definitely a monk, I don't know why he had hair in this particular artwork. Though it isn't uncommon for Zen figures to be depicted with a bit of fuzz on their head in Japanese Zen paintings.

This may be a long shot, but In Vietnamese Pho is pronounced closer to "Pheu" than it is to "Po". So the depiction may be of a Vietnamese monk. There is a Pho Minh Pagoda from the 13th century in Vietnam.

Not the answer you're looking for? Browse other questions tagged teachers or ask your own question.

4
Was Alan Watts a Buddhist?
4
How do buddhist monks who are teachers have time for their own practice?
2
Are there buddhists who criticize Eckhart Tolle as it is not really a buddhist teach? If so, what is their critique?
0
How can I find a teacher who is a stream entrant?
1
Who said 'if you haven't started on the Buddhist path then don't start at all'?
3
Relying upon a Spiritual Guide, who created this idea? Is it actually a necessity for liberation?