In AN 3.136 and SN 12.20, it is said the Three Characteristics and that suffering arises via Dependent Origination are "sā dhātu, dhammaṭṭhitatā dhammaniyāmatā", namely: 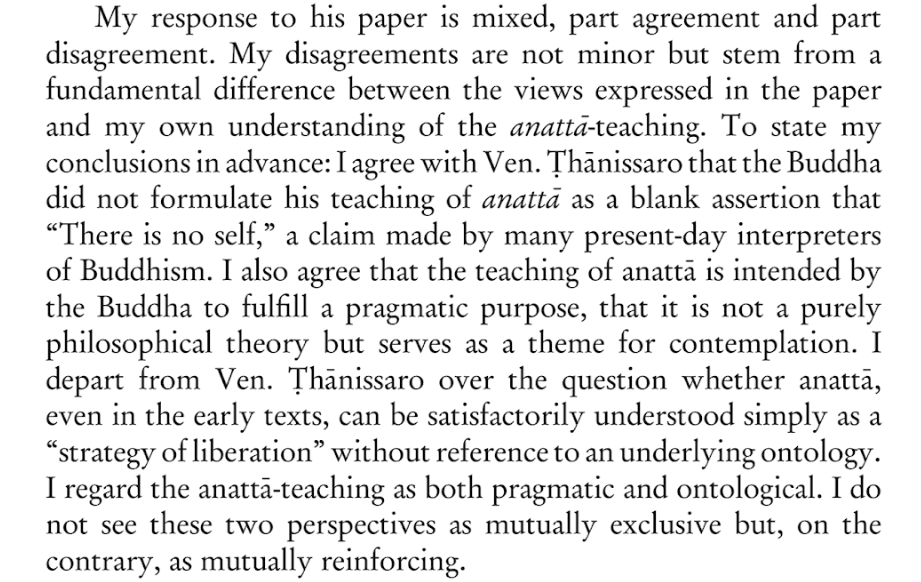 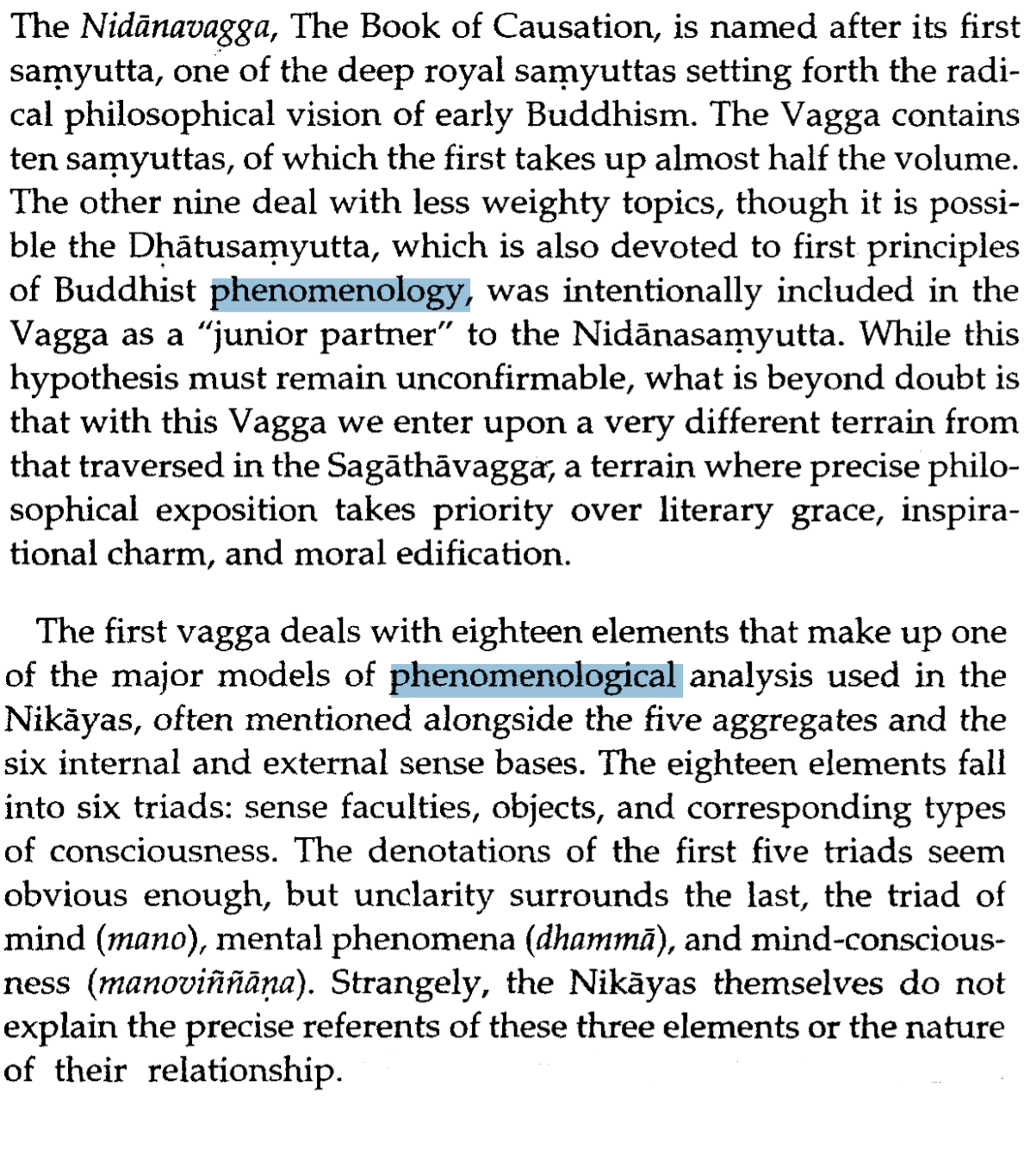 It's described as "ontology" because "ontology" means the science/study/philosophy/description of "being" -- i.e. whether things "are" (and how they "become" and so on).

"Ontology" is derived from a Greek root, ὤν --

Etymology
From Proto-Indo-European *h₁s-ónt-, present participle of *h₁es- (“to be”).
Cognate with ... Sanskrit सत् (sát, “being, essence, reality”).

Etymology
From the Ancient Greek φαινόμενον (phainómenon, “thing appearing to view”), from the verb φαίνω (phaínō, “to show itself, to be manifest”).

And from the Ancient Greek λόγος (lógos, “the study of, an account, speech, oration, discourse, word, ratio, calculation, reason”).

Thus, by extension "the study of what shows itself (to consciousness").

According to Heidegger's Introduction to Phenomenological Research, "the expression “phenomenology” first appears in the eighteenth century in Christian Wolff’s School, in Lambert’s Neues Organon, in connection with analogous developments popular at the time, like dianoiology and alethiology, and means a theory of illusion, a doctrine for avoiding illusion." (p.3)

It seems to me that Buddhist doctrine makes (various different) statements that are relevant to both -ologies ... even though it's sometimes claimed that the two -ologies describe mutually-exclusive domains:

https://www.google.fr/search?q=define%3APhenomenology
the science of phenomena as distinct from that of the nature of being

In my personal opinion Western philosophy is a bit poisoned by a persistent subjective/objective split (and maybe a self-vs.-other duality) ... a split which Buddhism seems to me to be immune to.

"Everything has independent existence" is one extreme (refuted) -- and "Everything is merely a perceived illusion" would be an opposite extreme (which is also, I think, not Buddhist doctrine).

What are the reasons why students, such as Bhikkhu Bodhi, should compare Buddhism to "Ontology" & "Phenomenology"?

I don't know why anyone (Bhikkhu Bodhi) does that. Perhaps it's the effort to explain a new topic (Buddhism) using existing (Western) language and in comparison to existing (Western) philosophy -- the same kind of reason for which we (reluctantly) allow comparative-religion questions on this site.

If I use "ontological" I mean it as a bit of a criticism, meaning "IMO it seems to me that this topic is excessively interested in the logic of whether something 'exists'" -- not that I should criticise, exactly, because I infer that some schools find a soteriological benefit in that kind of analysis.

I used it in this answer, though, because I thought the OP was asking ontological question and making ontological assertions (e.g. "There is a Sutta in the Pali Canon that seems to explicitly reject that any of the aggregates is real or substantially existent") -- whereas I think that the sutta isn't trying to make an ontological statement (about whether and to what extent things exist) ... that if the OP is trying to read between the lines to find an ontological statement, then the OP is trying to read into the text a statement about ontology that isn't there ... and that instead the sutta can (IMO should) be understood as making a statement that follows from the Three Characteristics.

What are the reasons why students, such as Bhikkhu Bodhi, should compare Buddhism to "Ontology" & "Phenomenology"?

There are no reasons to do the above. It is wrong to make Buddhism appeal to those that it is unsuitable for because it can only harm the Dhamma. "Ontology" & "Phenomenology" are "tiracchānakathaṃ" or "monkey chatter". Buddhism should be about knowledge that directly extinguishes suffering.

Why are the reasons why students should not attempt to clearly understand the Buddha's teaching about "sā dhātu, dhammaṭṭhitatā and dhammaniyāmatā"?

There are no reasons to do the above. The Dhamma student should clearly know with truth-discerning-suffering-destroying wisdom that the Three Characteristics are:

Therefore, when change occurs, such as loss of possession, death of loved one, natural disaster, nuclear war, etc, the mind with mindfulness-&-clear-comprehension (sati-sampajanna) clearing knows: "this is just the way things are, according to the law of nature; it cannot be any other way".

In short, I doubt very few, if any members, of this & other Buddhist chat sites even know of or have ever heard of "dhammaniyāmatā" and "dhammaṭṭhitatā", which are similar to a "God" of Buddhism. They don't even know the most important things yet preoccupy themselves with alien foreign non-suffering-destroying philosophies.

Students can listen to a live translation of Buddhasadasa, here: Nine Vipassana Eyes, which includes discussion of "dhammaniyāmatā" and "dhammaṭṭhitatā".

When I was a beginner student, I heard about these crucial suffering destroying realities, I never heard before.

1
If Theravada doesn't posit the selflessness of phenomena, then how to interpret SN 22.95?
1
Is the self an illusion or is it *like* an illusion?

1
Can students evaluate qualifications and accept a person as their teacher?
2
What is the difference between papanca and sankhara, and in particular citta-sankhara?
0
Emptiness in mind and in reality
1
Is Nibbana devoid of a permanent and eternal substance?