Does Mahayana Buddhism worship the Buddha as a God and, if so, why?

The Buddha always held that he was a simple man, one among us, not a God. In fact, Buddhism is principally an agnostic philosophy. Then why does Mahayana Buddhism practice the worship of the Buddha?

For what it's worth I found the quote you referenced:

From Vivekananda as the Turning Point: The rise of a new Spiritual Wave 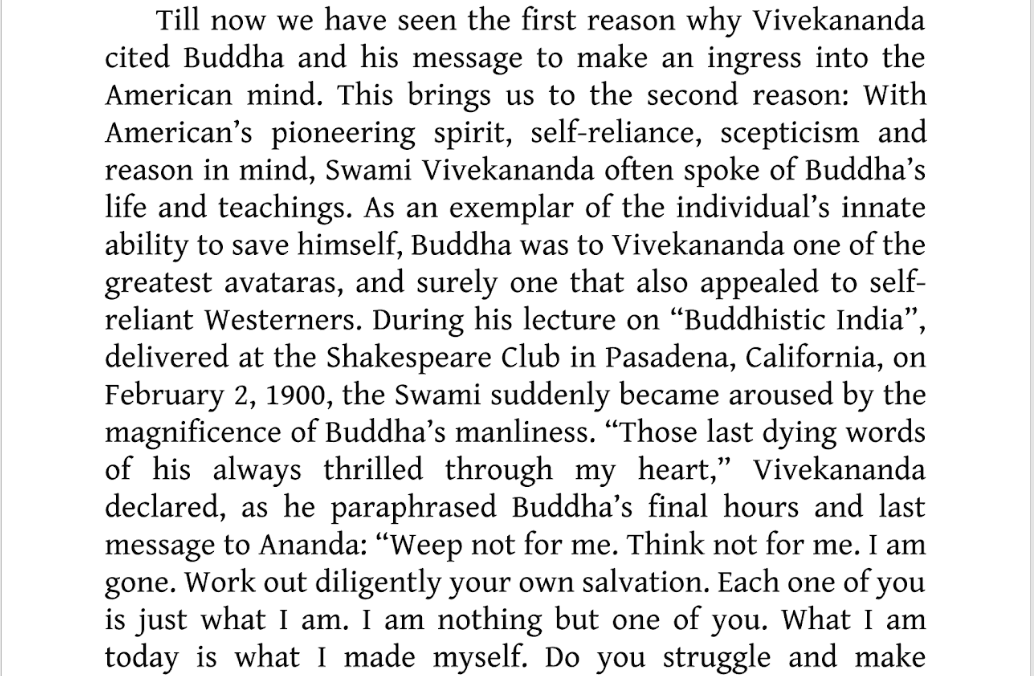 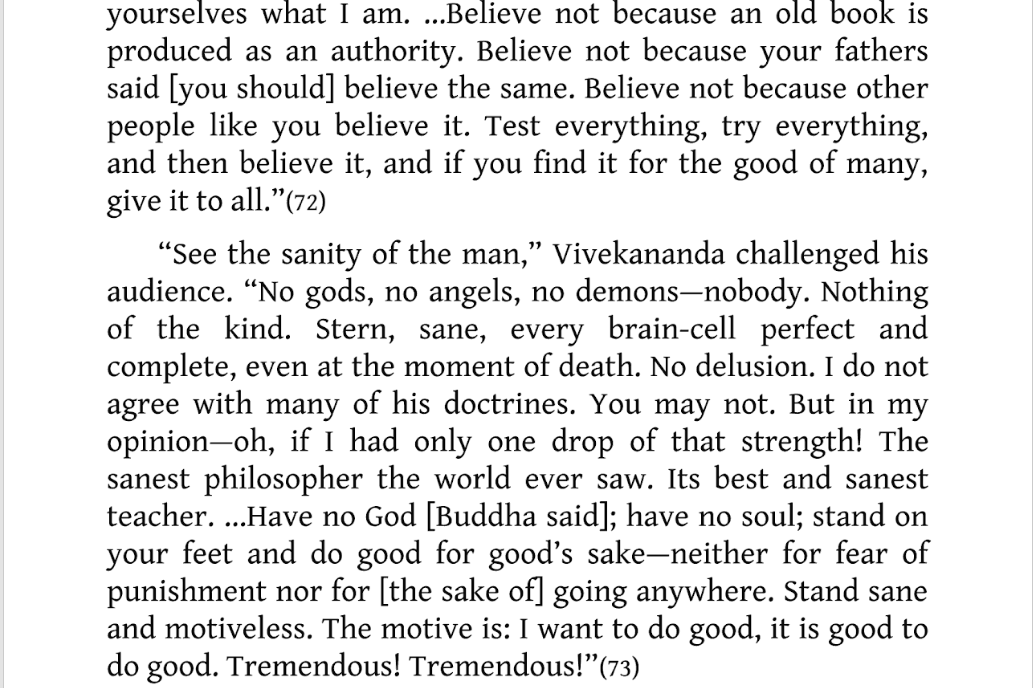 There is a message in the suttas, that it's possible to attain Awakening by following the Dharma and the Discipline which the Buddha taught.

Also a message that the Buddha is great in many ways (e.g. disciplined, generous, insightful) to have discovered and to have taught as he did.

To say "no Gods" may be an exaggeration but OK, they're relatively unimportant (and I think it's true to say that Siddhārtha Gautama was human).

And I think this quote from Vivekananda should be understood as being a bit of a paraphrase of the entire doctrine (not only of the Maha-parinibbana Sutta), e.g. "believe not because an old book is produced" sounds like a paraphrase of another/different famous sutta, the Kalama Sutta.

It's not quite right to say (may give the wrong impression to say) that the Buddha is "nothing but one of you".

In MN 26 for example he is praised by devas on his awakening; and when people try to disparage him, he contradicts them:

‘Here comes the ascetic Gotama. He’s so indulgent; he strayed from the struggle and returned to indulgence. We shouldn’t bow to him or rise for him or receive his bowl and robe. But we can set out a seat; he can sit if he likes.’

Yet as I drew closer, the group of five mendicants were unable to stop themselves as they had agreed. Some came out to greet me and receive my bowl and robe, some spread out a seat, while others set out water for washing my feet. But they still addressed me by name and as ‘reverend’.

So I said to them:

‘Mendicants, don’t address me by name and as ‘reverend’. The Realized One is perfected, a fully awakened Buddha. Listen, mendicants: I have achieved the Deathless! I shall instruct you, I will teach you the Dhamma. By practicing as instructed you will soon realize the supreme end of the spiritual path in this very life. You will live having achieved with your own insight the goal for which people from good families rightly go forth from the lay life to homelessness.’

Practices which appear to be worship -- e.g. Tradition and purpose of prostration practice -- may have various purposes that aren't quite like worshipping a God, for example:

Among Buddhists prostration is believed to be beneficial for practitioners for several reasons, including:

No, the Buddhas are not Gods and Mahayana does not conceive of them as such. In fact, all forms of Buddhism - not just Mahayana - largely agree with the following:

However, let's be clear on the many ways in which Buddhism does not conceive of the Buddha:

Now, let's examine some of the ways Buddhism does conceive of Buddhas that seem to have some similarities with different definitions of "God":

I think most if not all extant traditions of Buddhism would agree with the above and not just Mahayana.

Any Buddhist of any school of Buddhism, would not consider the Buddha to be God, if they understood his teachings correctly.

Dhamma or Dharma in this context, refers to the Buddha's teachings.

So, the Eternal Buddha in Mahayana Buddhism, is basically the Buddha's Dharma Body i.e. the Buddha's teachings.

While the Buddha never talked about statues of himself, he did say that a stupa or a burial mound or memorial can be created for the Buddha in the Mahaparinibbana Sutta (which is the closest reference that I can find):

And even, Ananda, as with the body of a universal monarch, so should it be done with the body of the Tathagata; and at a crossroads also a stupa should be raised for the Tathagata. And whosoever shall bring to that place garlands or incense or sandalpaste, or pay reverence, and whose mind becomes calm there — it will be to his well being and happiness for a long time. ...

"And why, Ananda, is a Tathagata, an Arahant, a Fully Enlightened One worthy of a stupa? Because, Ananda, at the thought: 'This is the stupa of that Blessed One, Arahant, Fully Enlightened One!' the hearts of many people will be calmed and made happy; and so calmed and with their minds established in faith therein, at the breaking up of the body, after death, they will be reborn in a realm of heavenly happiness.

Not the answer you're looking for? Browse other questions tagged mahayana or ask your own question.

4
Tradition and purpose of prostration practice

4
Does Mahayana Buddhism discourage attaining enlightenment under the Gautama Buddha Sasana?
3
Was the influence of Taoism on Buddhism responsible for the development of Mahayana?
3
Does any Mahayana school teach that I am atman?
7
Why is the Heart Sutra so important in Mahayana Buddhism?
6
Eternalism and Mahayana Buddhism
4
Mahayana-specific definition of "a buddha"?
1
What does female Buddha mean?
1
How do Mahayana Buddhists perceive the world?
0
Looking for the source of a story about the Buddha and a lady who looked the other way