Do arhats exist after death? 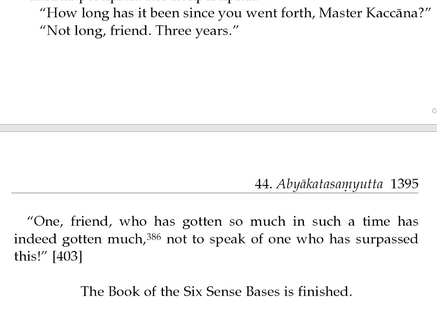 Sorry for the rushed question, but I wondered if arhats can be said to exist or not after death? Does the Buddha say the same of arhats here as himself: refusing to answer

I would like an answer in the Pali tradition, and something which explicitly mentions arhats.

If, as suggested in comments, there's no answer, may I ask if the equivocation in the quote is in the Pali original? To be specific, whether Vacchagotta (I think is the interlocutor) is praising master Kaccana for not speaking of the Buddha beyond "this", or suggesting that Master Kaccana has "surpassed this".

If you want to see what the authoritative figures have to say on the topic, here's a quote from What Happens to an Arahant at Death? A Dialogue between Bhikkhu Bodhi and B. Alan Wallace:

BB: The problem then is how nibbāna after the death of the arahant can be a real element (a real entity, a real dimension, a real state, whatever term one uses) describable as “ultimate bliss” etc. yet without being identifiable with viññāṇa. [...] I take such terms as “unborn, deathless, etc.” to be referential, not mere metaphors for absolute extinction. The problem is how to bring together this ultimate reality of nibbāna, conceived as a state that (even post-mortem) is “peaceful, blissful, auspicious,” etc., with the denial that consciousness or mind is present. It’s a problem I haven’t been able to solve.

If you want to know my opinion, here it goes:

"By & large, Kaccayana, this world lives by duality, that between existence & non-existence. [...] Avoiding these two extremes, the Tathagata teaches the Dhamma via the middle.

What does this mean? When we say something exists, we assume that something is a distinct object that goes through time. We say, in some way it changes but in some ways it stays essentially the same. And then when it falls apart we assume that essence is irretrievably gone. But in reality that's a huge simplification, rather like the mythical geocentric model that people have learned to carry on without questioning. The geocentric model used to posit existence of "celestial sphere" to which the stars are attached, because that's how it looks indeed.

Entities are abstractions, simplifications. Not just sentient beings, but even relatively static objects like chairs are cross-sections of multiple streams, if you trace their lifecycle and the lifecycles of their parts. And when chairs are not used as chairs they are strictly speaking not even chairs, they are just oddly shaped stuff. Things exit in a certain way only in relation to processes they participate in.

So entities are a simplified way to talk about what really is a bunch of dynamic processes and many, many nested contexts. Matter, energy, and information are always in flux, on many levels.

Because mind is not "inside" (and life in general is not inside) - it will go on "like a rolling stream", just not always going through this particular scull. Hopefully one day, with all the efforts put in making Buddhism mainstream, the bad habit of reifying entities and identifying with them will be outgrown.

This is one of questions left unanswered by the Buddha.

All of the following are amongst incorrect views.

In my opinion, the problem being whatever happens to the energy/consciousness/entropy/field of the Buddha must be such that it cannot be expressed in words and not even be able to be grasped as an idea or any kind of mental construct. So the Buddha left it unanswered.

I once read a story (perhaps based on a Sutra) and Lord Buddha used this analogy when asked about existence after death of enlightened beings:

Fire exist due to air, burning substance, etc. As in lives are being born and therefore exist.

When the substances are lacking, Fire are extinguished. As in you your attachment and ignorance are the substance fueling your existence. By reaching Nirvana, your substance are "gone" and you will no longer be born once your body fails to function.

Buddha said that it is not possible to understand 4 things, one of them was where a Buddha or Arahant goes 🙏 However, my feeling is that an Arahant state is like a child, pure in his heart, not identifying himself with a self, loving and feeling one with the whole universe, ready to help others without greed, aversion or craving... Like a child taught to see the truth and the virtue, taught about suffering and compassion, that learned the path to wisdom and understanding of everything in the universe... a child that, being Dhamma, can use what he learned and achieved to stop the roots of suffering, his own changement 🙏🙏🙏

Or more appropriately, the continuity of mental consciousness - that was associated with the being that is an Arhat/Buddha - upon which the mere I is designated will continue to exist conventionally after death in this very life. That's still an imperfect description, but hopefully people will be able to grok the gist.

Another way of putting it... The question could be restated, “Does the Arhat who exists in moment A continue to exist in moments subsequent to A?” Death and the break up of the body is nothing special. It is just another moment in the continuum of existence. What is important to understand is how that continuum of existence exists... it exists as mere convention without the slightest shred of inherent or real existence.

The reason the Buddha refused to answer the question is because sentient beings come preloaded with the utterly false assumption that the Buddha exists inherently. Even before death. That is not so. But death is not some special state that leads to annihilation of the self. If it were then it would be true that a substantially existent person existed before death. Which is entirely contrary to the doctrine of anatman.

There is no sutta which records the Buddha answering this explicit question, but nevertheless the answer can be known through reason and logic.

1
Where is Buddha Now?

7
Do Arhats sleep?
3
Has Buddha attained Nirvana after death?
5
Buddhas vs bodhisattvas vs arhats vs devas vs brahmas
4
How long to leave a body undisturbed after death?
6
What happens to the five aggregates after death?
1
How does the craving or clinging to existence survive after death?
0
Are the clinging aggregates the cause of clinging after death?
3
Vajrayana VS theravada - after death theories - do they contradict each other?
0
Various types of death
2
Whats happens after death?