Request for explanation on heart sutta

This what I read part of heart sutta states;

So, in emptiness, there is no body, no feeling, no thought, no will, no consciousness. There are no eyes, no ears, no nose, no tongue, no body, no mind. There is no seeing, no hearing, no smelling, no tasting, no touching, no imagining. There is nothing seen, nor heard, nor smelled, nor tasted, nor touched, nor imagined.

apparently it is about the death of being to me.Also this description perfectly match and experience in coma or unconsciousness state of an individual.

can I get proper and profound explanation for above?

As Mishu mentioned, the oldest copy we have is in Classical Chinese. Even though many of the characters of the sutra still exist in modern Chinese and Japanese, there are subtleties that are very hard to translate. The most difficult word to convey into English is the word translated as "no", 無 (wu in Chinese, mu in Japanese). It's not exactly as our word for "no" or "not", the character for this in Chinese is 不 (bu). Both appear in the sutra:

So there must be a difference in meaning, otherwise they would have used the same character in both cases.

The origin of the character 無 is a pictogram of a man holding something in both hands:

This visible etymology is lost in the modern simplified version of the character: 无.

In Classical texts, it means a complete absence of anything, which in English we would equate with void.

The character in the earliest translations chosen for the Sanskrit shunya (emptiness) is usually 空, the etymology being a sky without clouds. It is therefore closer to describing the emptiness of a cup than total void. You may wonder why they chose 空 over 無, since the meaning of the latter is closer to shunya. The reason for this is probably because 無 was already used in Daoist texts, like the paradox of acting without intention (wu wei 無為). Zen (Chan) Buddhists in China borrowed this concept to help understand related ideas in Buddhism (specifically the limitations of language to capture meaning and the lack of substantial being in the cosmos). So Mu in Japanese has fundamentally this meaning: there is no substantiality to things, and language does not capture all possible descriptions of reality.

This is how it's used in the Heart Sutra: it doesn't literally mean there are no senses, it means something like:

The described emptiness is not death nor unconsciousness nor coma.

The verses before and after say:

"Sariputra, the characteristics of the voidness of all dharmas are non-arising, non-ceasing, non-defiled, non-pure, non-increasing, non-decreasing

So, in emptiness, there is no body, no feeling, no thought, no will, no consciousness. There are no eyes, no ears, no nose, no tongue, no body, no mind. There is no seeing, no hearing, no smelling, no tasting, no touching, no imagining. There is nothing seen, nor heard, nor smelled, nor tasted, nor touched, nor imagined.

This sutta is telling you that whatever this emptiness is, it is not it. It is neither death nor unconsciousness nor coma nor that nor that nor ... etc.

This is not death of being. The sutta says it is not:

If you're still wondering what this emptiness is, you can only experience it. Impossible is to give an accurate definition of it, because whatever the definition, it is completely inaccurate.

It can only be explained by explaining it in extremes, so that you can experience it yourself by realizing the middle.

First extreme, if you say this emptiness is something, for example you see a dead being and say "death truly exists", that would be an absurdity. Something cannot truly exist, because for it to exist, an infinite chain of causes-effects must truly exist leading to the final effect which is "death", but due to the chain being infinite, the final cause (which is "death") would never arise, thus "death" would not exist. In the same way when you read a passage in the sutta and say "this is death of being" or coma or unconsciousness, it really is not, because it cannot be. If it really were, it would be an absurdity, just as I explained.

The opposite extreme, if you say this emptiness is nothing, for example you see a dead being and say "death does not exist", that would be again an absurdity. Everything does exist, because if it would not, we would not be able to see it, not be able to perceive it, touch it, feel it, etc. In the same way if you ever say to something "this is nothingness", it really is not, because it cannot be. If it really were, it would be an absurdity, just as I explained.

It is because of the above observations that nothing truly (inherently) exists, BUT when it exists it exists untruly (conventionally) AND with a cause. Obviously there must be a cause.

The quoted verses of the sutta are trying to show you the middle.

Emptiness is Dependent Co-Arising. Meaning, top and bottom co-arise dependently on each other, a reference point, and a sense of direction. Self and world co-arise dependently on each other and the activity of trying to acquire desirable objects over time. And so on. Nothing exists in the world as we see it. Reality is an interpretation we make. This interpretation is illusion. It's like a bush that looks like a dog, but when you get closer, it's no longer dog, because you see individual leaves. You see that you designating bush as dog was your interpretation based on incomplete information. Makes sense?

So when Heart Sutra says, "in emptiness, there is no body, no feeling, no thought, no will, no consciousness." - it just means that the five skandhas of Abhidharma are only abstractions, designated for their explanatory value. They don't actually exist as something tangible in some ultimate reality.

Same way, all that stuff we learn in Abhidharma, the six doors, the six realms, and all concepts of Buddhism without exception, including Enlightenment and Nirvana itself, are like that bush that looks like a dog. They only exist from afar, but once you get close you see that they are empty. You see the branches and leaves, not the dog.

Everything is like that. Understanding this is one greatest dissolutionment that a person can experience in their life. Everything is empty, nothing is what it seems, so nothing is absolutely reliable. No ground to stand on, no reference point to measure from.

In my understanding of Mahayana, breaking out into That while keeping one's sanity is the very door to Nirvana we were looking for.

You can read a very nice explanation of the Heart Sutra's emptiness teaching in Zen master Thich Nhat Hanh's writing "The Fullness of Emptiness", in which he also introduces the term "inter-being" which he coined:

If I am holding a cup of water and I ask you, “Is this cup empty?” you will say, “No, it is full of water.” But if I pour out the water and ask you again, you may say, “Yes, it is empty.” But empty of what? Empty means empty of something. The cup cannot be empty of nothing. “Empty” doesn’t mean anything unless you know “empty of what?” My cup is empty of water, but it is not empty of air. To be empty is to be empty of something. This is quite a discovery. When Avalokita says that the five skandhas are equally empty, to help him be precise we must ask, “Mr. Avalokita, empty of what?”

In our bodies we have lungs, heart, kidneys, stomach, and blood. None of these can exist independently. They can only coexist with the others. Your lungs and your blood are two things, but neither can exist separately. The lungs take in air and enrich the blood, and, in turn, the blood nourishes the lungs. Without the blood, the lungs cannot be alive, and without the lungs, the blood cannot be cleansed. Lungs and blood inter-are. The same is true with kidneys and blood, kidneys and stomach, lungs and heart, blood and heart, and so on.

Form is the wave and emptiness is the water. To understand this, we have to think differently than many of us who were raised in the West were trained to think. In the West, when we draw a circle, we consider it to be zero, nothingness. But in India and many other Asian countries, a circle means totality, wholeness. The meaning is the opposite. So “form is emptiness, and emptiness is form” is like wave is water, water is wave. “Form is not other than emptiness, emptiness is not other than form. The same is true with feelings, perceptions, mental formations, and consciousness,” because these contain each other. Because one exists, everything exists.

unconsciousness state of an individual 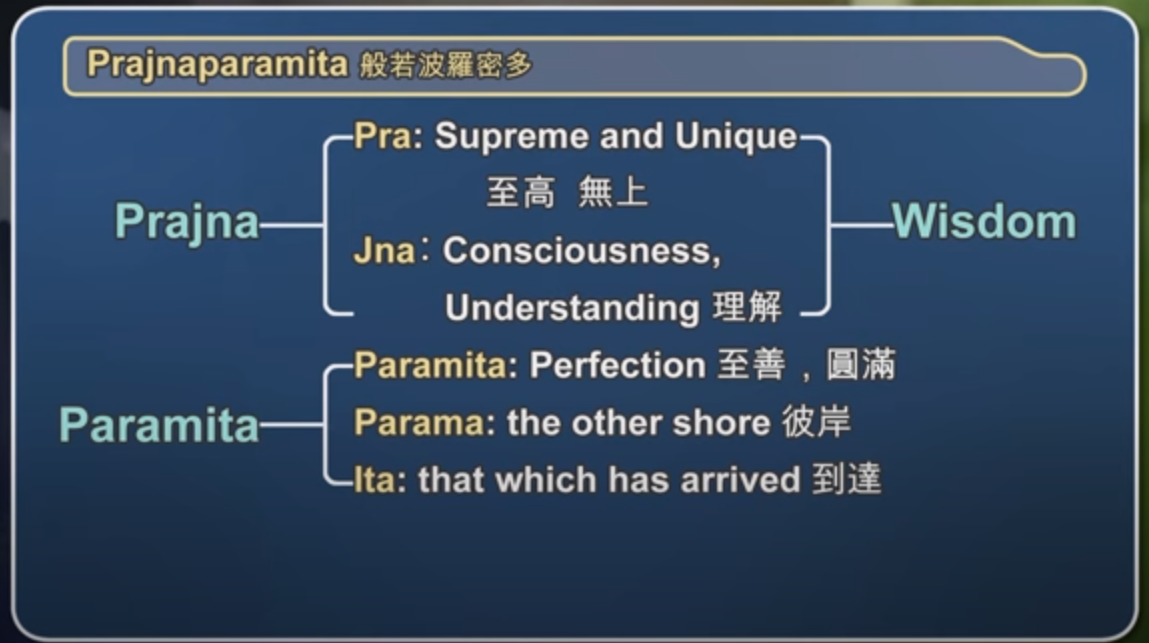 In Venerable Guan Cheng explanation below, the "no" statement is negated statement rather than affirmative statement as a guide to achieve supreme consciousness as example below

There are no such thing as "no consciousness" too as a sentient but rather a negated statement guide. Consciousness is fall under Physic Science category. Basic physic law stated that consciousness is energy and energy can't be destroyed and it can be only be transformed.

Not the answer you're looking for? Browse other questions tagged final-nirvana or ask your own question.

3
What exactly is svabhava?
2
Is the world inherently good or is it something to be shunned?
1
How is a Buddha interacting if he doesn’t have perception?

1
Is there a sutta which answers where a nirvanaised consciousnesses is after death and comapres it to a fire going out?