Are either of the two truths Truths (Satya)?

The truth, from the frame of reference of conditioned experience, is emptiness.

Prasangika-Madhyamika define a truth as whatever is not deceptive in that it appears the way it exists. The opposite of a truth is a falsity.

Ultimate truths necessarily are established in accordance with how they appear to the awarenesses to which they clearly appear.

In Tsong-kha-pa’s Final Exposition of Wisdom by Jeffrey Hopkins, it says:

In saṃvṛtisatya, saṃvṛti means that which obscures, or conceals, reality, and thus saṃvṛtisatya means "that which is a truth for ignorance".

Generally speaking, I agree with you, they are more like descriptions from two different standpoints. But I would actually go further and don't even call them "accurate". In my mind, they are just approximations pointing in a certain direction, and when I blend both, I get a sort of 3D-vision in which I see reality as is. This reality is a lot more "real" than these two flat projections, and they can't even come close to capturing it in all its awesome depth.

Maybe what Plato described is close to what's happening.

The truth, from the frame of reference of conditioned experience, is emptiness.

Yes, for the people in the cave what is there is just the shadow and it is really empty.

For the one outside the cave, when asked by those in the cave to describe what is ultimately real using the shadows and echoes of shadows his answer can only be neither nor...

For those in the cave, it's true that the horse is 10ft tall, and the ultimate truth that it's 4 ft is not true for the cave dwellers. 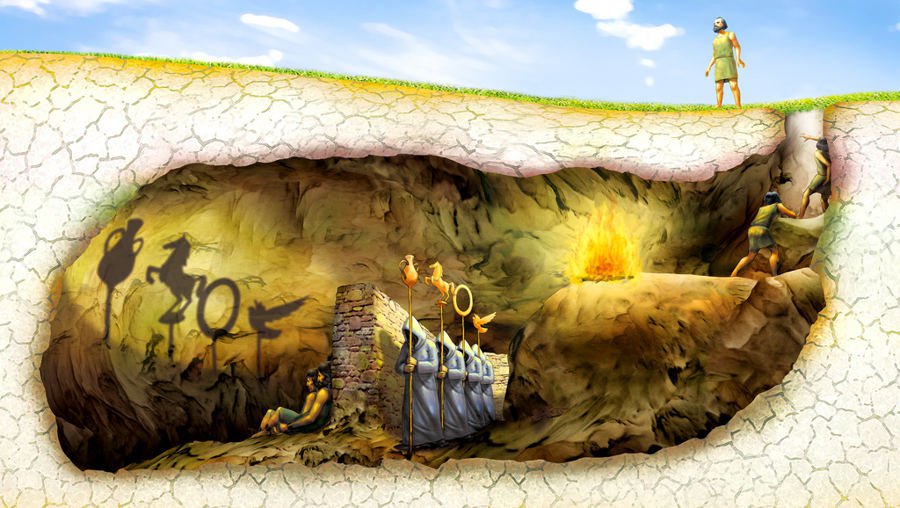 Not the answer you're looking for? Browse other questions tagged mahayana truth or ask your own question.

5
How does Buddhism refute the inherent existence of sub-atomic particles?
6
Two unconditioned dhammas?
3
Is dukkha conventional or ultimate? Is it different from the other two marks of existence?
0
Four noble truths, any single being of mankind can invent, find the new truth other than that?
1
Delayed speech as right speech
5
Can you criticise or improve Ven. Bodhi's description of Mahayana
1
Did any Indian Mahayana Buddhists have non-cognition as a goal?
1
What is the Samsaric Mind? How does it operate?
2
Two Truths in Mahayana