It means you should not attach to things while information is flowing into your mind. So you should basically act as a dormant observer, but at the same time be open to any feelings and experiences flowing through you. When you interpret information during meditation using your physical brain (ego mind), you are basically altering your brainwave patterns (lowering your alpha waves) which may destroy your entire meditative state. 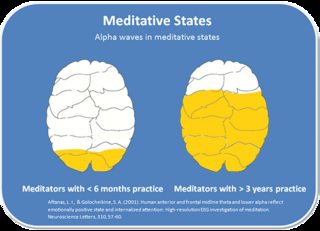 Not "discarded" no. Just not touched. That's why they said leave front and back doors open. So they can enter and exit. You don't have to chase them away.

But yeah, some thoughts can be very cool and interesting. And the more you meditate, more interesting they get :) It is very tempting to think about some of them...

It doesn't mean you should stop them or not stop them, or be guilty, or proud. Just remain open and don't serve tea to the thoughts, I love that expression.

It may not ever truly stop, but the frequency and allure of thought does become so subdued as to be utterly negligible. It just takes time and a lot of practice to get there. It's a mistake to believe that only thoughtless meditation is valuable. All meditation is. After all, you have to start somewhere.

And yes, let go of all thought. That includes thoughts of gods and spirits. They are only thoughts as vivid and striking as they sometimes can be.

Meditation as a whole states that 'Remain untouched to what goes in the mind. Let front door and back door be opened. Don't serve tea to the thoughts.'

Vipassanā-meditation-object is 3 characteristics of whole arising and vanishing effects which are caused by causes.

But at some point it is pretty confusing that do i really need to remain untouched to the thoughts. Like sometimes, the thoughts of the spirits, gods comes into the mind. Do they need to be discarded?

Samatha-meditation: yes, at all, except just meditation's object.

But, as we know the mind in itself never stops thinking.

Not the answer you're looking for? Browse other questions tagged meditation thoughtprocess or ask your own question.

8
Controlling one's sexual thoughts
6
My short story with anxiety problems - could meditation be the cause?
3
Meditation and Pleasure
0
Literature on ending Samsara on micro scale
0
Annoyed by nasal congestion and hyper-salivation during meditation?
2
How to make my thoughts non influencial on my happiness and presence?
1
What is a "thought?" (Particularly in reference to thoughts that arise during meditation)
2
Categorizing common thoughts patterns and believes
3
Ignoring thoughts vs. understanding them
4
Do I need parents' permission to renounce?