How accurate is Ozamu Tetsuka “Buddha” with the real biography of Buddha?

I read that and is quite impressed.

However, some of the element may not be true. And based on what I read, I tell some stories in it, and my friends are offended.

Some of the elements:

I wonder what are the differences between Buddha the manga and the "real" buddha?

Since Ozamu Tatsuka is Japanese, it should be noted that in Japanese forms of Buddhism, there has been a cartoon-esque depiction of masters and even the Buddha since the earliest forms of Ch'an (Zen) Buddhism were introduced in Japan in the 12th century, the most famous ones by Hakuin: 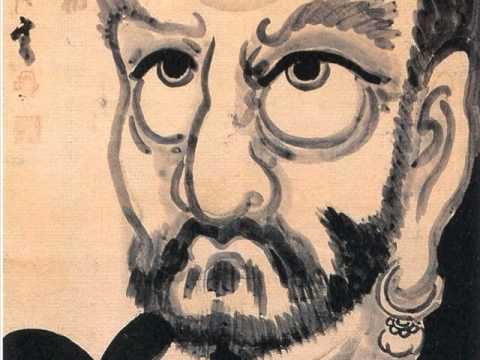 Japanese Zen is infamous for its self-degradation, stemming from the principle that "either nothing is to be considered divine, or everything is". This is well-expressed in the Kanshiketsu (乾屎橛) Koan:

A monk asked, "what is Buddha?"

One of the main themes in the manga expresses a concept from Mahayana Buddhism (Japanese schools of Buddhism are almost exclusively of the Mahayana tradition) that wouldn't have been a concept in the original teachings of the Buddha.

Looking at the main characters, many names appear in historical and/or mythological texts on the Buddha's life, as demonstrated by the direct links to historical or mythological Wikipedia pages. The use of fictional characters is also not new in Mahayana Buddhism. The best example is Wu Cheng'En's Journey to the West, featuring the Monkey King, Brother Sand and a talking pig.

I think the manga should be seen in the tradition of Wu Cheng'En and Hakuin, using fiction and humor mixed with teaching to convey the central message. While this may offend more "traditional" schools of Buddhism, it is actually the purpose of the "Sudden Teaching" to pierce preconceptions to allow Kenshō.

Not the answer you're looking for? Browse other questions tagged gautama-buddha or ask your own question.

3
Is Gautama Buddha the greatest Buddha who ever existed?
2
How does the Buddha attain nirvana?
3
Is there any canonical descriptions of the physical characteristics of the Buddha?
4
When did the Buddha get angry?
5
Was Gautama Buddha a believer of the religious beliefs prevalent in his time and in his cultural context?
5
Did the Buddha state that there is only one way, and state/imply that any other path (such as those practiced by yogis) was futile?
1
Why do we still don't know exact birth & date year of the Buddha?
0
What is the meaning of “a ray of light which illuminates thousands of buddha fields in the east” in the Mahayana Lotus Sutra?