What kind of meditation can help one to have a higher concentration; maybe lasting for hours or days? I am a Buddhist, specifically Theravada, and I am trying to keep my mind on one thing. Buddha kept his meditation in the dushkara kriya (self mortification) period for more than 4 years. So is there any way we can apply that concentration technique in our lives?

I think the term for what you are describing is Samatha. On the Wikipedia page, you can find the "Nine mental abidings", a description of the process. There are also Zen teachings such as "The Ten Oxherding Pictures" that describe the process. Most of these teachings follow the idea of meditating "with support", using a focus (such as the mental image of a Buddha). There is also a practice of meditating "without support", as in the Essence Mahamudra of the Kagyu School.

I was also interested to see this in the above Samatha page: "

... samatha is not a strictly Buddhist meditation. Samatha in its single-pointed focus and concentration of mind is cognate with the sixth "limb" of aṣṭanga yoga', rāja yoga which is concentration (dhāraṇā). For further discussion, see the Yoga Sūtras of Patañjali."

Just a note: Advaita (Hinduism) Meditation practice is very similar to the Buddhist Mahamudra practice. Since this is a Buddhist Q&A site and the question does not seek similar practices in other religions, I won't post Advaita links here. When one gets "stuck" in one's practice, I think it is sometimes a good idea to see how other practices approach similar problems.

I'm sure Sleeping Tiger meditation can help with this, if you can learn to tolerate the pain. The idea is to hold this very inconvenient posture for 20 minutes, while concentrating the mind on the lower abdominal breathing. While very painful for most people, it does miracles to one's ability to concentrate and follow through on things! 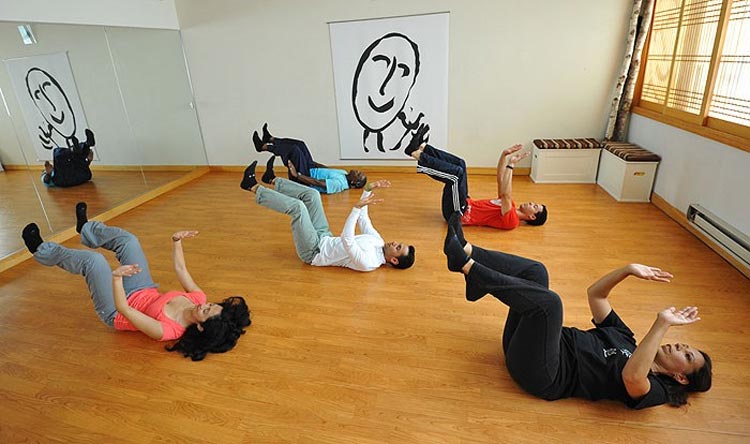 Best is to take a course in meditation or seek guidance of a teacher. Following site has many centers arround the world where you can take a course: http://www.dhamma.org/. There are other centers also.

The way to keep your mind on any object is sustained application to start with until a point where you mind stays without this effort.

E.g. when doing Anapana for each breath be mindful of the whole (start, middle and end) in and out breath and a small pause in between. At each phase make sure your mind is with the breath. At the end evaluate it if you mind wonders off at any point and also the nature of the breath. Do this until you do not need to make an effort to keep your mind on the object.

There are other type of meditations you can do for concentration. They also follow the same method of sustained attention to start with and when you mind stays with the object drop the extra effort. There are centers which teach this also but you might have to go to a country which has a this type of center as there are only lesser number.

Perhaps you are looking for tranquility meditation, Try reading Visuddhimagga (Path of Purification).

Not the answer you're looking for? Browse other questions tagged the-buddha meditation-recommendation meditation-concentration or ask your own question.