Beliefs about the 14th Dalai Lama

What are the Tibetan Buddhist beliefs of the Dalai Lama being an incarnation of the Bodhisattva Avalokiteshvara? Do all Buddhists agree with this idea?

The institution of the Dalai Lama, as an emanation of the Bodhisattva Avalokiteśvara, is officially recognized only by Tibetan Buddhism.

The concept of tulku where teachers like the Dalai Lama, Panchen Lama and Karmapa, may intentionally reincarnate again and again as custodians of certain religious lineages, is only found in Tibetan Buddhism. It's not clear if other Vajrayana traditions also have tulkus.

The Bodhisattva Avalokiteśvara, though present in temples in Theravada countries (probably due to Mahayana influence), is not found in the Pali Canon.

The Pali suttas teach a monk is to be scrutinized for mental states of greed, hatred & delusion.

Therefore, all Buddhists do not agree the Dalai Lama being an incarnation of the Bodhisattva Avalokiteshvara.

The Dalai Lama's administration acknowledged today that it received $1.7 million a year in the 1960's from the Central Intelligence Agency, but denied reports that the Tibetan leader benefited personally from an annual subsidy of $180,000. 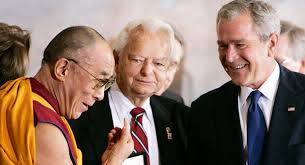 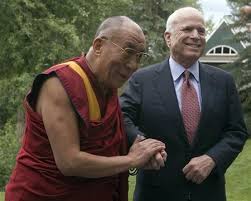 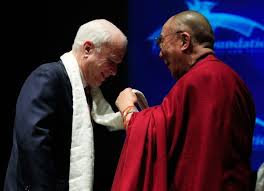 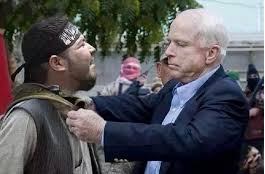 Not the answer you're looking for? Browse other questions tagged tibetan-buddhism bodhisattva reincarnation dalai-lama avalokitesvara or ask your own question.

5
Can a being be reborn into more that one body in Tibetan Buddhism?
7
Within Tibetan Buddhism, are the Lamas always the same "soul"?
5
What are the consequences of the 14th Dalai Lama being the last one?
3
Original reference for 'The essence of all religions is love, compassion and tolerance' by the HH the Dalai Lama
8
Role of suicide in the context of Dalai Lama's birthday and inevitable deathday
4
How is a Dalai Lama chosen? And can it be a woman?
6
Why can't the Dalai Lama be a vegetarian?
5
Where does the Dalai Lama say '... be a better whatever you already are'?
2
Does the Dalai Lama have bodyguards?
0
Buddhist views on talking with the dead? Is it possible?