Do beings have control where they get re-incarnated

I hear some people saying that after death souls often get re-born among close relatives. For example, your grand parent may be re-born as your child after death. Although I never believed in this in the past, due to some of the incidents that happened during last couple of years, I feel like there is some truth about this. Does Buddha give any explanations in this respect?

In the Assu Sutta, the Buddha taught that the amount of tears that one person has shed in all his previous lifetimes added together would exceed the volume of water found in the four great oceans.

I made a calculation in this answer based on the Assu Sutta, to show that according to the Buddha, we have all been reborn no less than 20 quintillion (20 x 1018) times. However, since the Buddha says that "a beginning point is not evident", I guess that it should be far greater than 20 quintillion times, perhaps approaching infinity.

In the Mata Sutta, the Buddha reinforces this point by saying that it's hard to find somebody in existence whom you have never had anything to do with.

In other words, your finding that you are probably born among relatives from former lifetimes is true, because almost every person you meet in your life was a relative in some former lifetime. In fact, every human being currently living on Earth may have been somebody you have known in a previous lifetime.

It is possible, however it is off chance.

How about that off chance possible?

The reincarnator must does:

However it is still very hard, so buddha taught in Pansu Suttas:

You can see that it is very very hard to success. And all the way, you still will be old and dead after that. So, theravāda buddhism never support whole rebirth and reincarnation. We have jātaka, rebirth cannon, just for an inspiration and faith in buddha's ability and experience.

Nowhere you can avoid the suffering, if you still rebirth

This image captured from TEACHING & TRAINING book of Pa-auk monastery: 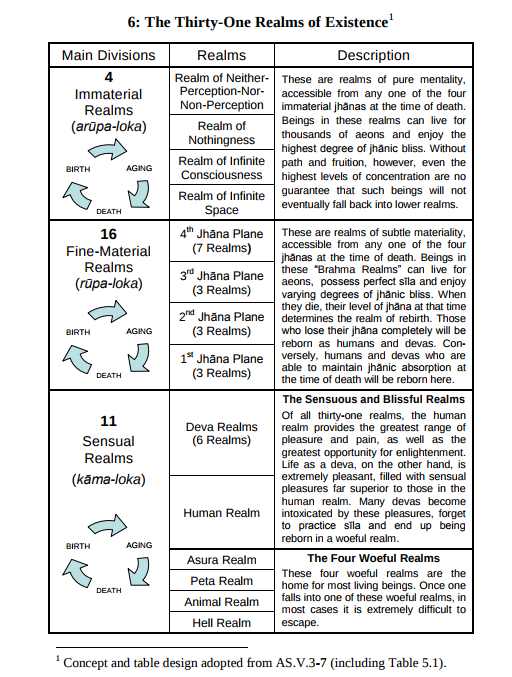 Not the answer you're looking for? Browse other questions tagged reincarnation or ask your own question.

2
How many times has someone taken birth into samsara?