My explanation of six realms of existence

The six realms states of mind

This is my graphical interpretation of existence of six realms by Buddha. 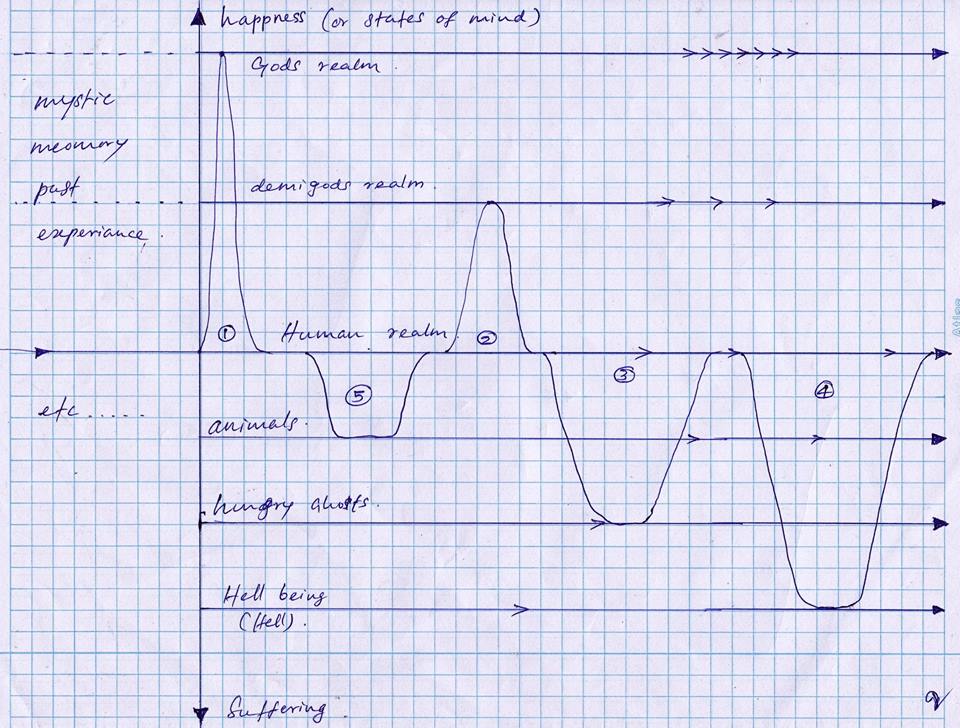 I have attempted to decode the great concept of Buddhist teaching consider the state of mind as all beings possess the mind:

Is my explanation of the six realms of existence consistent with common Buddhist explanation?

Yes this is correct this is the way a mahayana views reality. And this is the reason a theravedan disagrees! LOL.

The explanation does not appear to conform with common Buddhist interpretations, which say:

The human realm is described below:

Sooner, I say, would that blind turtle, coming to the surface once every hundred years, insert its neck into that yoke with a single hole than the fool who has gone once to the nether world would regain the human state. For what reason? Because here, bhikkhus, there is no conduct guided by the Dhamma, no righteous conduct, no wholesome activity, no meritorious activity. Here there prevails mutual devouring, the devouring of the weak. For what reason? Because, bhikkhus, they have not seen the Four Noble Truths. What four? The noble truth of suffering … the noble truth of the way leading to the cessation of suffering.

Not the answer you're looking for? Browse other questions tagged teaching buddhist or ask your own question.

1
Different interpretations of the 6 realms