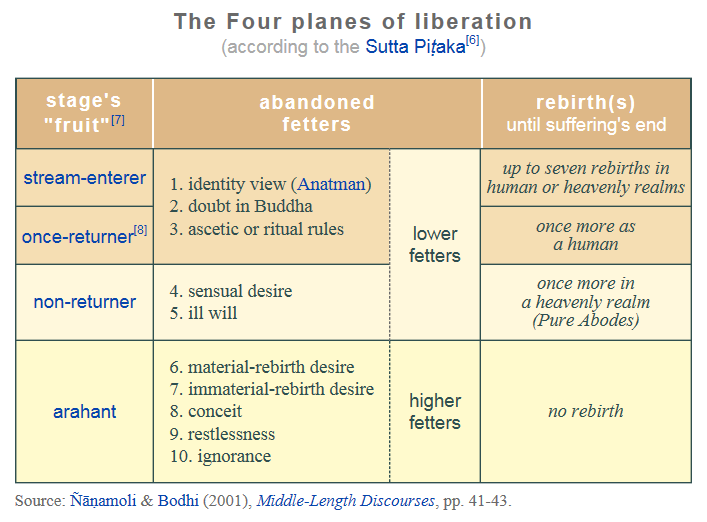 8
Does samsara exist or not exists?
1
Is it possible to be reborn for all eternity?
0
Can there be "one day becoming a fully-awakened Buddha" after Parinibbana?
0
why is all of Buddhas past lifes referes to times of kings
0
Is suicide similar to Nibbana?
3
What are the conditions necessary for Nibbana?
3
how desire for cessation, never to be reborn, is different from desire for non-being?
0
Possibility of nothing but all-encompassing, absolute Nibbana without Samsara? If so, is sustainability possible (and how)?
4
Do Mahayana Buddhists explain birth and extinction in the same way?
1
If I'm reborn as a Deva, how long will my lifespan be?