Buddhism - Is it a religion? [duplicate]

I disagreed from the very beginning, after understanding some Buddhist philosophy, that it is not a religion.

In my opinion, it is not a religion but a lifestyle or administration under which Buddhist teaching is practised.

Please clarify why it is classified as a religion.

PS: I have met many people specially from Nepal, who claim as a Buddhist monk but yet they don't seem to practice any Buddhist norms. And they even call me 'nastik' (one who don't believe in religion)

It depend on what you mean by the word religion.

the belief in and worship of a superhuman controlling power, especially a personal God or gods

If you take above definition, Buddhism is not a religion.

Buddha is a 'dhamma', which means a set of knowledges, practises, path & realisations that support the mind to be free from suffering. The word 'dhamma' means 'that which supports'.

The Buddha called his path of practise 'the holy way of life' ('brahmacariyaṃ'; MN 29 & 30) therefore it is certainly a way of life rather than a religion.

There is nothing 'supernatural' in Buddhism. Everything is natural (dhatu; MN 115; MN 140), including phenomena such as 'supernormal psychic powers'.

The 'gods' in Buddhism are merely people; i..e, the rich, powerful or psychic mystics from other paths. There are no gods, apart from people, such as Sakka, king of the gods, who lived in a palace with many sexy nymphs (MN 37). The gods rule the people (SN 11.5). That is why in Thailand, the king is considered a 'god' or reincarnation of the Hindu Vishnu.

This photo is of people in Thailand worshiping a Hindu god & spirit house. 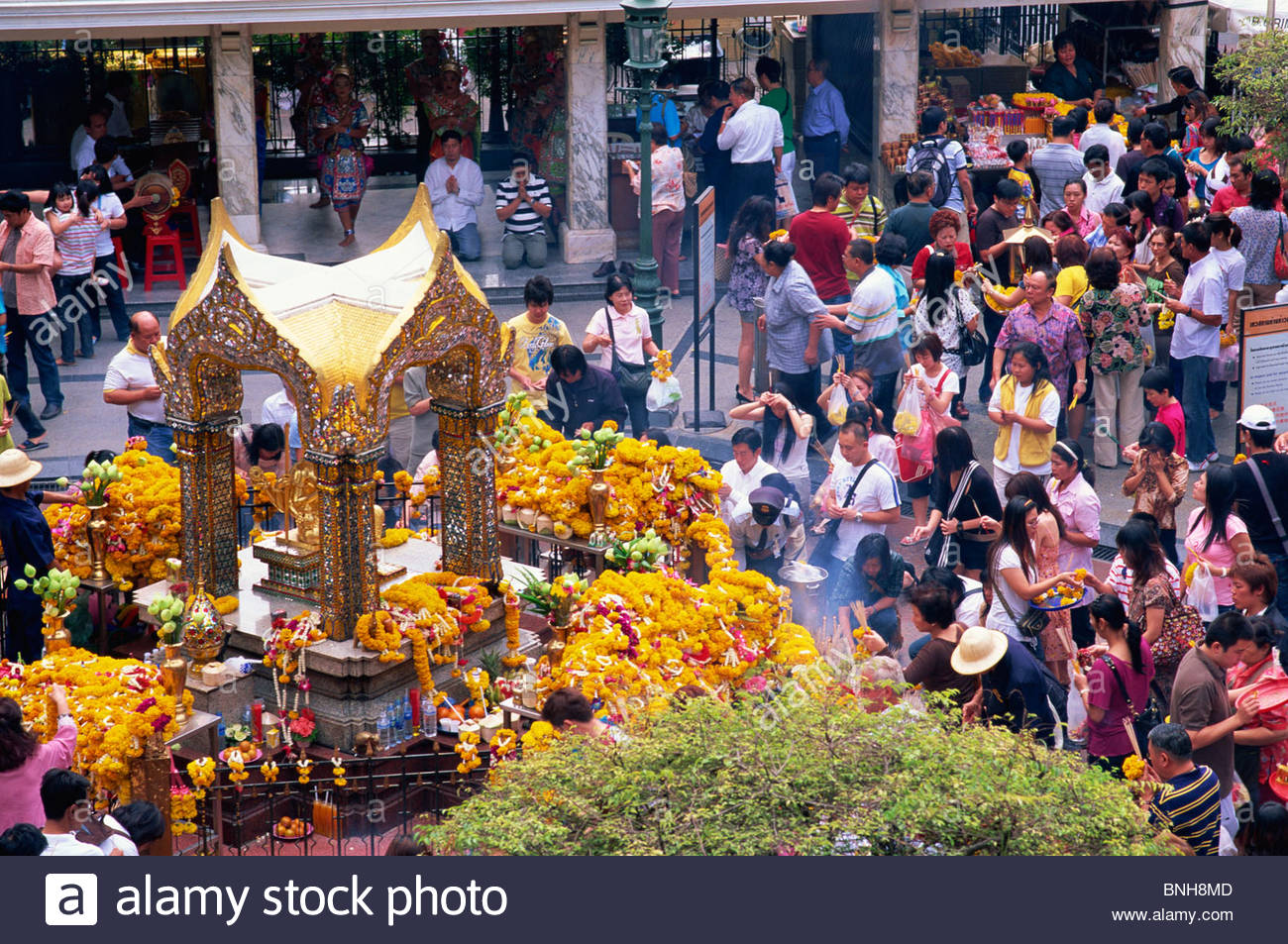 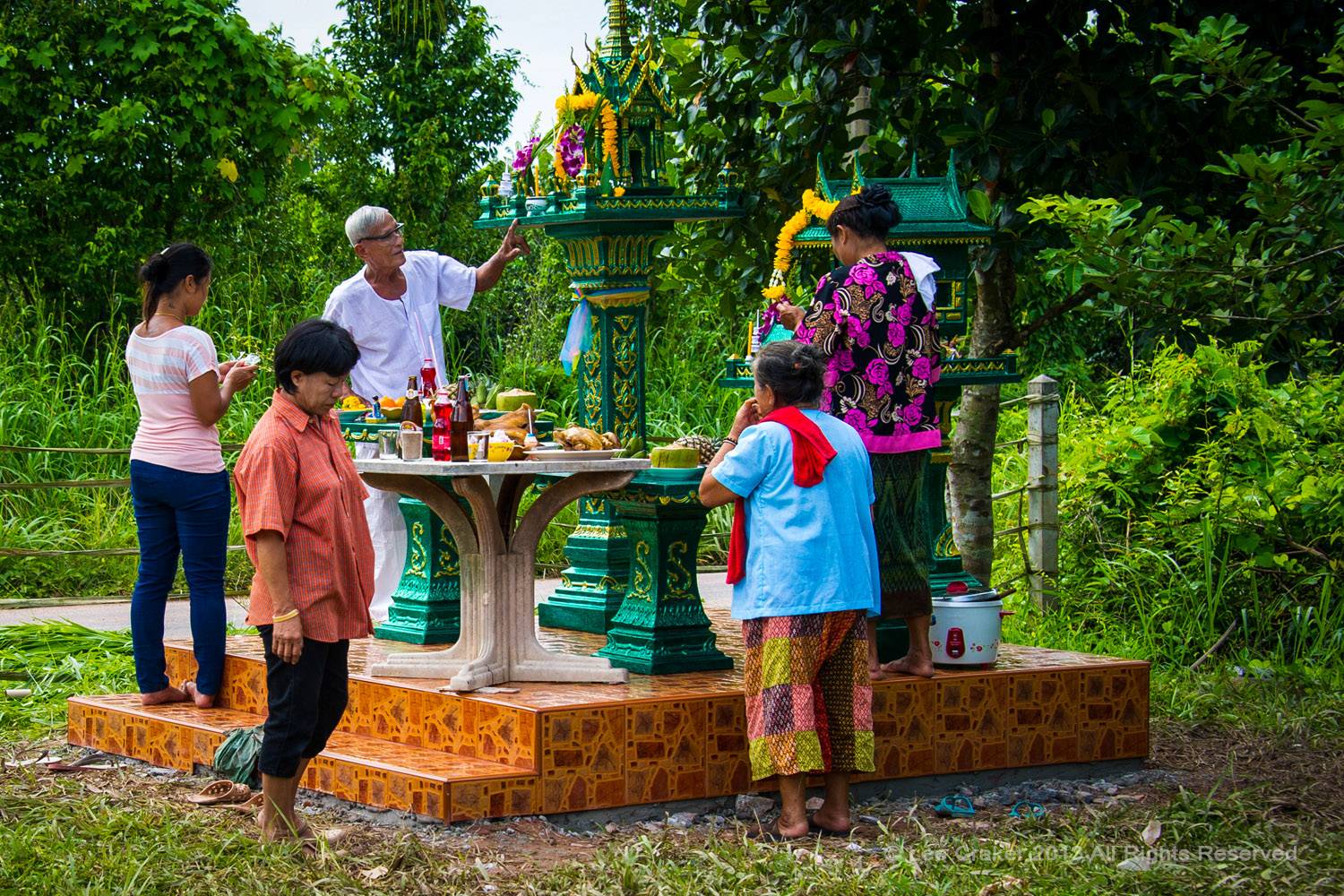 Of course it is. The word "religion" comes from the Latin "religare" which literally means "to bind". To be a religious person is to take on a set of beliefs, bonds, obligations, and laws so as to arrive at some sort of understanding or union with the divine. I'd go so far as to say that the word "religion" is an almost perfect translation of the Sanskrit word "yoga" which means "yoking" such as when you place an animal in harness so as to be led. Both imply that the adept is submitting their will to a spiritual vector that is not of their own creation. They are relinquishing their own way-making for a path set down by those who have gone before.

To undertake the Buddhist path is to take on a set of precepts and training principles so as to understand, with direct knowledge, the experiences enjoyed by those Buddhas and other enlightened persons who have gone before you. To practice Buddhism is to put your trust in the training even when it asks for things that are outside your comfort zone and current level of understanding. To be a Buddhist is to be a person of faith - both in the efficacy of the Dharma and your ability to realize it.

Because supernatural or transcendental is natural in buddhism. We can found supernatural in many sutta, vinaya, even though abhidhamma of tipitaka (pali), because there are many possible cases of supernatural by logic, causes and effects.

Not the answer you're looking for? Browse other questions tagged philosophy belief religion or ask your own question.

14
Is Buddhism a religion or a philosophy?
2
All sentient beings?