No, this is not a proper statement. jāti refers to conceptual birth of a satta, both in paṭiccasamuppāda and the sacca-pabba:

The difference is: Jāti-paṭiccasamuppāda is 5 khandha.

jāti is the event of being born, it cannot be equated to the five khandha directly.

This is correct, of course.

viññāṇa is a part of the process of jāti, but paṭiccasamuppāda is not always taught in a way relating viññāṇa to jāti.

What commentary is this? paṭisandhi is one important viññāṇa but not the only one being spoke of in paṭiccasamuppāda. I think you are over simplifying things.

OMG! The materialism of the question, which believes the Buddha taught about biology. Ajahn Buddhadasa said:

People language is used by the ordinary people who don't understand Dhamma very well and by those worldly people who are so dense that they are blind to everything but material things.

'Jati' is about the mental production (abhinibbatti) of views/ideas of "beings" ("sattanam") within a category of beings ("sattanikaye").

"Khandhānaṃ patubhāvo" means "appearance or manifestation of aggregates". For example, pictured below is the same basic aggregates manifesting in two different ways.

When ignorance sees the 1st manifestation, it produces "a being" called "sweet lovely girl". 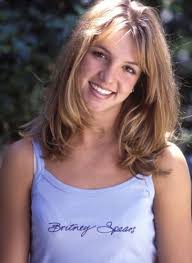 When ignorance sees the 2nd manifestation, it produces "a being" called "evil horrible dragon". 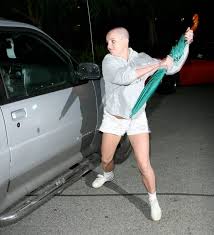 There are many suttas that use the word "paṭilābho", both physically but mostly mentally, such as the "acquisition of wisdom".

"Ayatanānaṃ paṭilābho" is the sense spheres acquired by or attached to by the "beings" that are mentally produced in jati.

For example, in the 1st picture below, the girl's sense organs are devoted to the camera (the sense object) because her aggregates are "attention seeking" for fame. When ignorance sees the sense bases of this 1st manifestation, it produces "a being" called "sweet attractive girl".

In the 2nd picture below, the girl's sense spheres are focused & bent on destruction. When ignorance sees the crazed wild sense bases in this girl's 2nd manifestation, it produces "a being" called "crazy girl".

Not the answer you're looking for? Browse other questions tagged theravada pali-canon pratityasamutpada satipatthana commentary or ask your own question.

1
Does self end after death?
0
Do “and further”, “again”, in MahaSatipatthanasutta definitely mean “next step (aparam)”?
-1
In regard of what or whom are you loyal?
1
Chuthi Patisandhi chitta

6
Reason(s) for being born as men and women
2
Is there a commentary for the Dhammapada?
6
Is there a conflict between dependent origination and right effort?
3
Looking for an online resource of the commentary(SNA.ii.476; SA.i.155) which says that the Brahma Sahampati was an Anagami from the Suddhavasa realms
1
…or does it mean that the conditions might also dependant on a or all things?
3
Is the term “Everything happens for a reason” appropriate?
0
Does Viññāṇa generate Nāmarūpa in the sense that would make “uploading concsciousness” impossible?
0
Right knowledge and right relase or right release and right knowledge
1
What is the “Unconditioned” that the Buddha is talking about? And vinjana in Buddhsm
2
'Antarabhava' existence between rebirth and the death