Can there be another Dalai Lama?

From what I understand, the Panchen Lama is supposed to choose the next Dalai Lama. If he has been captured, is there any hope for another Dalai Lama to be chosen?

The Panchen Lama is supposed to facilitate the recognition of the Dalai Lama. However, depending on his devotion and his powers, the Dalai Lama himself can state the place and time of his reincarnation. If not, he would give to adversaries a way to hack the process (by capturing and controlling the Panchen Lama).

It's sad, but every monk has to be aware of the danger and to practice his way to enlightenment!

Because of the Panchen Lama situation, the Dalai Lama has said that he would not be reborn in territory controlled by China and may choose to not be reborn in this world at all. He said that the institution of having a Dalai Lama, which has been around for a few centuries might have served out its usefulness.

Related note but not directly related to your question: He once also said he might choose to be reborn as a woman.

Maybe everyone knows, my input is just duplicating. The selection of the lead Lama was introduced by Qianlong Emperor of Qing in 1792, called གསེར་བུམ་སྐྲུག་པ (gser bum skrug pa), or drawing lots from the Golden Urn, to pacify the political power struggle between the different Lama sects. 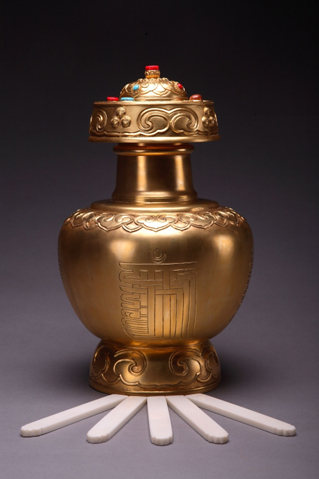 Emperor Qianlong said in his stone engraved "About the Lama":

乾隆皇帝在其御制碑文《喇嘛说》中有精到阐述：“其呼土克图之相袭，乃以僧家无子，授之徒，与子何异，故必觅一聪慧有福相者，俾为呼必勒罕(即汉语转世化生人之义)，幼而习之。长成乃称呼图克图。此亦无可如何中之权巧方便耳。其来已久，不可殚述。孰意近世，其风日下，所生之呼必勒罕，率出一族，斯则与世袭爵禄何异? …… 然转生之呼必勒罕，出于一族 (all coming from the same clan)，是乃为私 (this is for self-interest only)。佛岂有私 (How could the Buddha be for self-interest)？故不可不禁 (Therefore couldn't not prohibit it)。兹予制一金瓶，送往西藏，于凡转世之呼必勒罕，众所举数人 (the nominated few persons by all)，各书其名置瓶中 (writing every of those names put into the urn)，掣签以定 (drawing lot to confirm)，虽不能尽去其弊 (though couldn't rid all the faults)，较之以前 (yet compared to what was in the past)，一人之授意者 (appointing one person)，或略公矣 (this may slightly be more fair)。” 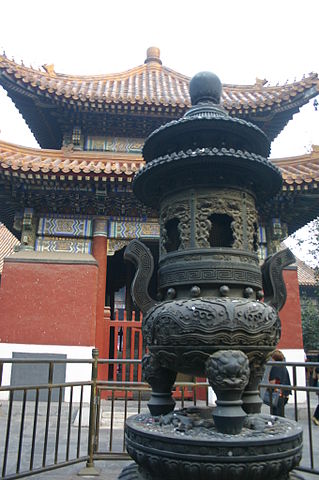 Well, facts taking many camouflages, we will never know what is real. The only remedy maybe, practice, until one gained divine vision so that we can really know what is what. However, that the fun may be lost since ambiguity or fuzziness is always intriguing and enticing :)

Not the answer you're looking for? Browse other questions tagged modern-world traditions dalai-lama or ask your own question.

7
Within Tibetan Buddhism, are the Lamas always the same “soul”?
6
What are the consequences of the 14th Dalai Lama being the last one?
3
Can there exist two Dalai Lamas at one instance of time?
8
Role of suicide in the context of Dalai Lama's birthday and inevitable deathday
4
How is a Dalai Lama chosen? And can it be a woman?
25
Is low self-esteem a Western phenomenon?
6
Why can't the Dalai Lama be a vegetarian?
5
Where does the Dalai Lama say '… be a better whatever you already are'?
2
Does the Dalai Lama have bodyguards?