How to know if someone has achieved nirvana?

A monk in Sri Lanka publicly says that he has achieved nirvana.If that's true we can follow the (practical) path he teaches . But how can we make sure whether that is true or not ?

nirvana monk
Share
Improve this question
asked May 6 '17 at 7:58

Difficult would it be for a monk, Lasan, even more difficult for a householder... and not easy possible jet not by one self a Noble one:

As he was sitting there he said to the Blessed One, "Of those in the world who are arahants or on the path to arahantship, are these among them?"

[The Buddha:] "Great king, as a layman enjoying sensual pleasures; living confined with children; using Kāsī fabrics & sandalwood; wearing garlands, scents, & creams; handling gold & silver, it's hard for you to know whether these are arahants or on the path to arahantship. ... Paṭisalla Sutta: Seclusion

In addition, Lasan, in regard of the reason why you asked: Who ever teaches "this was said by the Buddha, I know.", one does good neither to take it nor to reject it, but simply prove it if it holds against Vinaya, if it stands with the Dhamma of the Blessed One. If, one should say: "This is what the Buddha taught, by way and meaning." If not: "This is not what the Buddha taught, by way and meaning. This Monk is not teaching Buddhas message."

One does not need an enlightened Person to simply hear the good Dhamma with proper attention, yet for sure it would be more secure to listen to an Arahat, but did the Buddha wanted you just to quickly believe or to investigate and look for your self to archive the own realisation?

So why would it be of great benefit knowing who's an Arahant or on the way to be? "Simply" because it is the great field of merits in this world, could be the personal interest. But if one, not really knowing, and having made his judgement upon wrong understanding of liberation, gives to a person an individual, it can be not only just low merit but also demerit, if investigated wrong and that is why the Elders always tell: Even to give to a Noble One would be of greater merit as to "simply" the Sangha, it is better to point one mind to the Savaka Sangha, before, while and after giving, those people following good and rightly the Buddha, and even dedicate it verbal as such.

The side effect is also this, that a Monk has much more responsibility and "pressure" receiving a gift for the Sangha, even if it is "only" food, which in the case of receiving a personal gift would not be such and could be "legal"-looking also easy be misused. Most monks don't like to receive gifts dedicated to the Sangha since they would not even be allowed to give a share to their family, if you understand the way it often works. Yet it is out of compassion to make it easier for certain monks, to give it personal (in cases of people who are well informed).

(Note: This is a gift of Dhamma and not meant for any commercial purpose or other wordily gains)

An maybe extended answer can be found here. Disussion an further gestions, als well a critic and rebukes are also welcome there without strings and conditional "needed" censure: [Q&A] How to know if someone has achieved nirvana?]

Addition: In regard of the question caused person, its not really that difficult even for people with much dust in the eyes...

What is for sure not an Arahat, is even a stream-enter are persons:

Most of the mentioned thing give not only just rightous suspicion of minor to heavy offenses but actually are such.

In short, a Noble One even of the first person, is not a "charismatic" greed forcing actor or entertainer for mainsteam audience not even tended an able to sit straigh an restrained.

Atma would be surprised if he even teaches the Buddha Dhamma but would say not even much to investigate and spending time worth for such a self declared "Arahat".

Nearly the same can be told when looking on the Mahamevnawa - industry like pages and Dhammakaya is there never very far.

Beware and read and learn about the Tipitaka, the best avaliable teacher first. Dukkha is not a Junge book story and a nice santa claus warm up trade fairs topic. 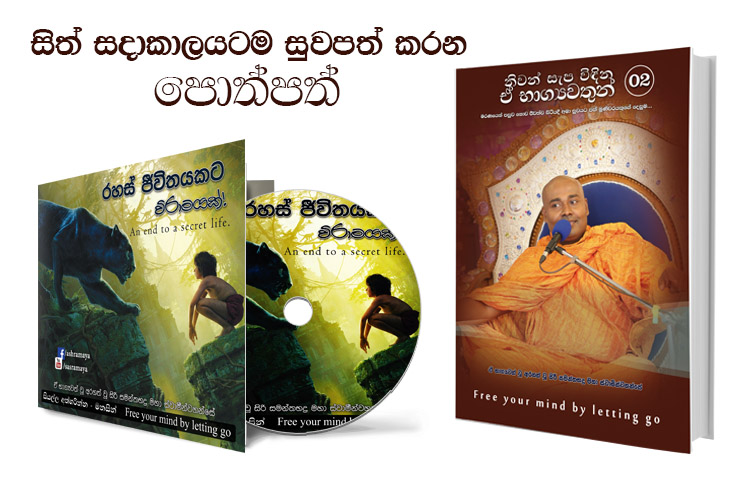 You can be sure that you soon get their advertisings here on this buy-able page.

In MN 112 Chabbisodanasuttaṃ, Buddha explained about how to make sure that someone has truly achieved nibbana.

There are some Q&S that need to be asked to the person.

I am also a sri lankan and i know your topic. I am just suggesting you to follow what he preeches for sometime and then come into a conclusion by yourself. If you feel there's something in what he says you don't bother about the person just try to be free from sufferings in this human life. For me what he said really worked. But i am imparcial here.

Traditional Zen Buddhism in Japan has, over the centuries, routinized the practice of determining whether one has achieved enlightenment and determined various stages in this process. The best introductory book I know about on this topic is The Three Pillars of Zen by Philip Kapleau, which contains several very moving enlightenment stories. All of the cases of self-reported enlightenment that I have had some personal connection to appeared to be kundalini events, which are not the same thing, and are often accompanied by feelings of grandeur.

The path and fruition (magga phala) could be achieved by anyone, be it male or female. It could be achieved by not only the fe/male clergy but also by lay folks. There is no difference of lay and clergy for the path leading to Nibbāna. If one has selected the right system of meditation and proceeded on cultivating them the results are to be obtained with no difference for lay and clergy, male and female.

In the recent past in Sri Lanka there was news of a female who has attained Arahant Phala. I got to listen to a Dhamma talk given by this Buddhist Nun. She gave it because she was asked to by her Teacher (Noble Friend). After that she went out of limelight, & the glare of media. Arahants are self evasive. If someone says that he is an Arahant (as in the case of a ‘known’ Buddhist Monk in SL) then it is a questionable thing. He may be well versed in the Dhamma, but that does not mean that he has achieved the ultimate goal of nibbhana.

This Buddhist Nun who was forced to come out happened to be an educated person born to a Catholic family who was raised in a Christian environment who held senior positions at work and later embraced the Buddha's Teachings. Apparently, she had the ability to see past lives and this led to a desire to study the Buddhist Teachings making her give up her lay life and ordain. You could listen to the talk (in SINHALA) along with the other monks at the temple. Start the video at the 36 minute point to avoid the introductory talk by a bhikku at the temple where the talk is being delivered.

So, to your question proper – "How to know if someone has achieved nirvana?" - it is only by engaging that person to conversation, will you know whether that person’s claim is true or not. If anyone tells him that he is just a charlatan, he may get angry and defensive or he may not react in any way. Only by confronting such a person through ways provocative of greed, of hate, and of delusion could you know this. Canki Sutta-MN 95

Otherwise, living together with such a person for an extra length of time, his virtue, purity, endurance, & discernment may be known. This is another way to find out, as pointed out in Thana Sutta -AN 4.192

Or only after a monk leaves this existence can one identify that he is someone special (an Arahant ) in observing the dead body. Such an incident took place in Sri Lanka, a couple of months ago when Waharaka Abhyaratanalankara Thero passed on.

Ven. Pitiduwe Siridhamma Thera turned Siri Samantha Bhadra on the other hand had said so in public (Those who have awakened don't talk of what they've awakened to). When he was asked about his claim to have realised Nirvana, and as to what stage he has attained, he replied..

”I have realised the truth. Anyone who does not accept it must come and meet me and decide.”

Not the answer you're looking for? Browse other questions tagged nirvana monk or ask your own question.

4
How to know who is a good monk?
7
To what extent is Theravāda followed in Japan?
3
If someone says publicly that he has achieved nirvana , can it be true?
1
Does Vinaya allow monks to do priestly rituals for the laity?
1
Buddhist monks give advice for lay life
2
Difference between abiding nirvana and non-abiding nirvana?
3
What is the visa process for ordaining foreigner monks in Sri Lanka?
3
Looking for a Buddhist Monastery in UK, Ireland, Scotland or Australia - All traditions are welcome
1
How do monks transcend the desire for relationships & sex?
6
How do we know attaining complete liberation from dukkha is possible?