What would be a secular interpretation of animal rebirth

'Animal birth' is described in many places in the suttas. It refers to ignorance (stupidity), lacking reflective reasoning (ayoniso manasikara), immorality & the merciless devouring of other beings, including mutual devouring.

Animals merely blindly follow & act upon instinctual drives & desires without having the capacity to reflect upon the consequences. This is the meaning of 'animal birth'.

Below are some quotes.

Sooner, I say, would that blind turtle, coming to the surface once every hundred years, insert its neck into that yoke with a single hole than the fool who has gone once to the nether world would regain the human state. For what reason? Because here, bhikkhus, there is no conduct guided by the Dhamma, no righteous conduct, no wholesome activity, no meritorious activity. Here there prevails mutual devouring, the devouring of the weak. For what reason? Because, bhikkhus, they have not seen the Four Noble Truths. What four? The noble truth of suffering … the noble truth of the way leading to the cessation of suffering. SN 56.47

Now on that occasion the wanderers of other persuasions had come together in a gathering and were sitting, discussing many kinds of bestial (animal) topics, making a great noise and racket. AN 10.93

The follow quote is important because it shows 'animals' can realise the Four Noble Truths, which also show this quote cannot refer to real animals but to people:

Beings (sattā) are few who, when they pass away from the animal realm (tiracchānayoniyā) are 'reborn' (paccājāyanti) among humans (manussesu)… those beings are more numerous are reborn in hell…. For what reason? They have not realised the Four Noble Truths. SN 56.102 to 131

This video might help understand, which shows Angulimala, the mass-murderer, as a 'animal', being reformed or changed into a 'human' by the Buddha: 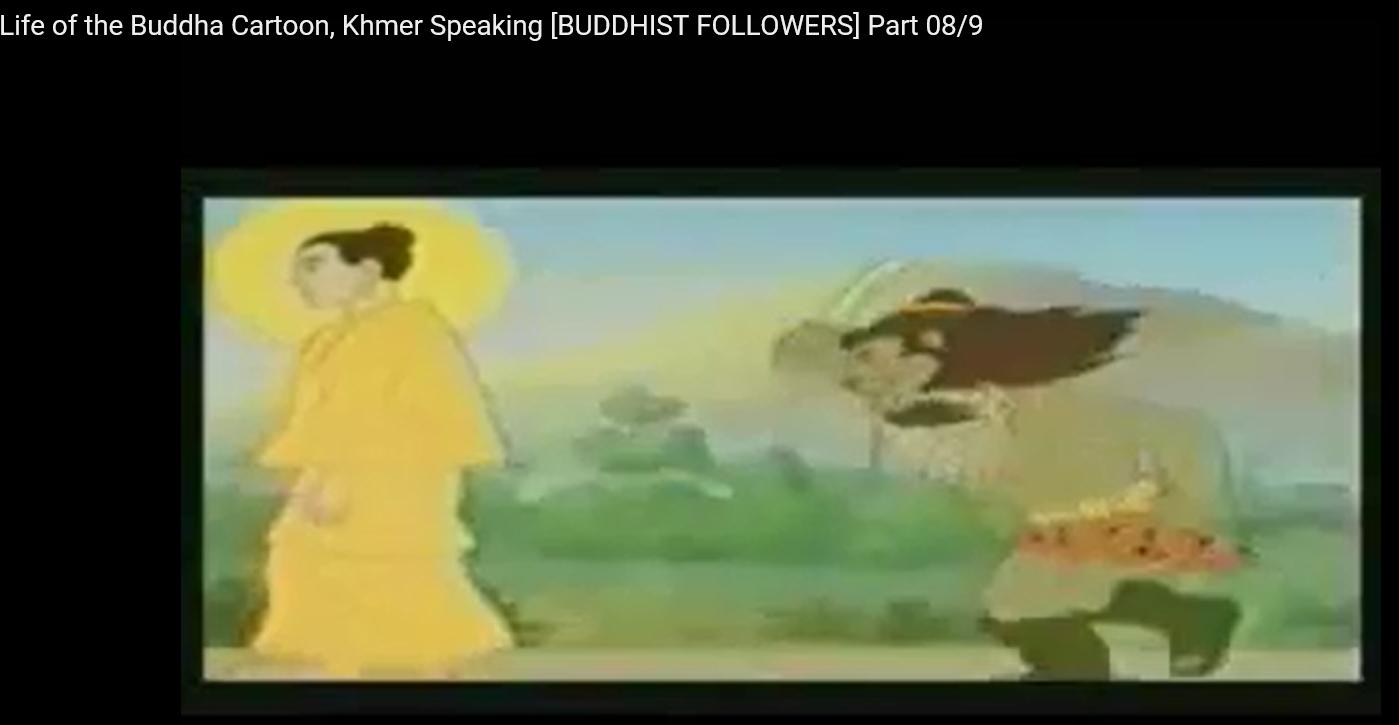 THE FIRST OF the Four Woeful States is hell. Hell is anxiety (in Thai, literally “a hot heart”). Whenever one experiences anxiety, burning, and scorching, one is simultaneously reborn as a creature of hell. It is a spontaneous rebirth, a mental rebirth. Although the body physically inhabits the human realm, as soon as anxiety arises the mind falls into hell. Anxiety about possible loss of prestige and fame, anxiety of any sort — that is hell.

Now rebirth in the realm of beasts is stupidity. Whenever one is inexcusably stupid about something: stupid in not knowing that Dhamma and nibbāna are desirable, stupid in not daring to come into contact with or get close to Buddhism, stupid in believing that if one became interested in Dhamma or Buddhism it would make one old-fashioned and odd. That is how children see it, and their parents too. They try to pull back and move far away from Dhamma and religion. This is stupidity. Regardless of what sort of stupidity it is, it amounts to rebirth as an animal. As soon as stupidity arises and overwhelms one, one becomes an animal. One is a beast by spontaneous rebirth, by mental rebirth. This is the second Woeful State.

The third Woeful State is the condition of a peta...

Please note: this is not a 'secular interpretation' but, instead, the true meaning of the suttas.

Not keeping precepts, following the nose (mood), incapable of doing merits, lying around like a pig, eating like a dog, stngy like a mouse, dwelling in equanimity like an ox, such is called manussa-tiracchano, a human body but a behavior like an animal. If the question was about how to recognize such, this would be the answer.

Behaving like an animal leads to rebirth as such.

What leads to and rebirth as animal according the canon:

· Lack of virtue, holding to wrong views. If one is generous to monks and nuns, however, one may be reborn as an "ornamented" animal (i.e., a bird with bright plumage; a horse with attractive markings, etc.; AN 10.177).

from: The Thirty-one Planes of Existence

Not the answer you're looking for? Browse other questions tagged rebirth traditions mind secular-buddhism or ask your own question.

11
Secular Buddhism and Suicide
3
In Relation to Rebirth After Death, How is Karma any Different than Supernatural gods?
6
Does DN2 and MN36 provide an irrefutable statement on the fact of rebirth?
5
What would be the secular interpretation for the Assu Sutta and the Mata Sutta?
0
Critique of interview with secular Buddhist author of “Why Buddhism is True”
2
If there is no literal rebirth, why have samvega (a sense of urgency)
2
Most frequent realms for post-human rebirth
0
How do Buddhists that think of karma figuratively do so about rebirth?