How can a person become a real Buddhist?

In this society a lot of people say "I'm a Buddhist" but they're just saying that. So my question is, how can a person become a real Buddhist? And how do we know he's a real Buddhist?

You become a real Buddhist when you walk the path of Dhamma. The Buddhist teaching is to be experienced here and now and to be verified here and now. There are many ways this has been put forward:

When you have the 1st vision of the Dhamma your faith never changes. This is because nobody can convince you otherwise of what you have already seen for yourself.

I think a real Buddhist at the very least follows the five precepts.

To become a true Buddhist one should have a pleasant mind towards, and confidence, in the Supreme Buddha. This confidence should be rooted (mulajata), and it should be well established (patitthita). To develop this kind of unshakeable confidence, it is important to know about the knowledge of The Buddha. A “Sotāpanna”/stream entry Buddist is a True Buddhist.

The Pali Canon recognizes four levels of Awakening, the first of which is called “Sotāpanna”/stream entry. This gains its name from the fact that a person who has attained this level has entered the "stream" flowing inevitably to nibbana. He/she is guaranteed to achieve full awakening within seven lifetimes at most, and in the interim will not be reborn in any of the lower realms.

The Sotapanna is free from the following three fetters (samyojana):–

Furthermore, his observation of the five precepts remains pure and absolute, as a matter of course. For these reasons a Sotāpanna is well secured from being reborn in the unhappy existences of the four lower worlds. He will lead the happy life in the world of human beings and devas for seven existences at the most and during this period he will attain Arahantship and nibbāna. 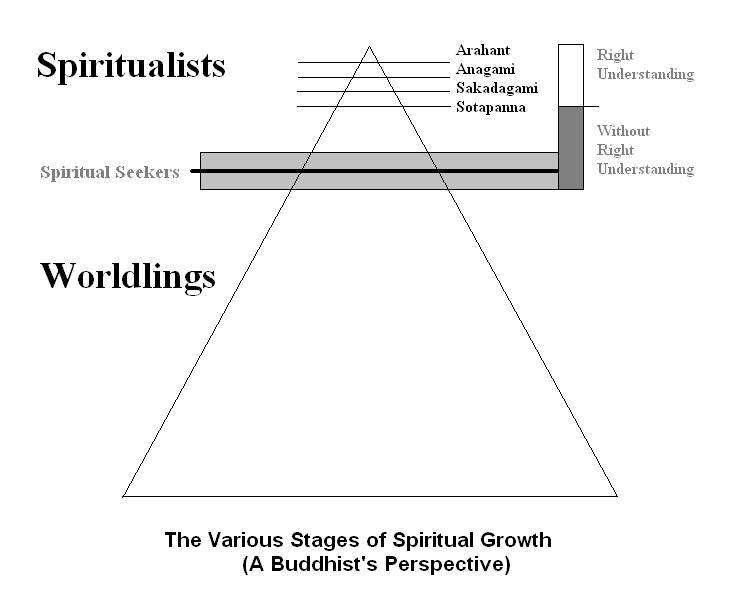 I don't know about "Buddhism" as a name. There are those who honor the Buddha by practicing the eightfold path. There are those that honor the Buddha by giving garlands and incense but both are wholesome and real "Buddhist" practices alright. Even someone who has little idea what they are doing can technically be a "real" Buddhist. It's just a word.

We should be able to talk about things like this...

...and how we feel about things with out fear of being misunderstood, persecuted, oppressed, corrected and censored by whoever has enough nerve to think they understand themselves enough to judge other forum members as "wrong". How can this be good karma? Can a "real" Buddhist just decide that we can be judge , jury and executioner and that is congruent with the Dhamma?

Who in this forum really understands enough to transgress punitive measures against other fellow human beings and still at the same time be a "real" Buddhist?

Anyone who justifies they're transgressions against another person because the person violated the "group's rules" can never be sure they are being fair or appropriate when they punish unless they are enlightened. Maybe I am missing something...I certainly know that I am no saint, this is just my little opinion. -Metta

One "becomes a Buddhist" by seeking refuge in the 3 jewels: the Buddha, the dharma, and the sangha. By seeking refuge we mean actively learning and using that knowledge.

After the point of inquiry into "Buddhism?" then you start to learn about it thru literature or asking people or videos. All part of the dharma. Then as you learn and envelope yourself with the Buddhist community ... the sangha. But it all starts with the initial seeking of refuge.

That initial step is all that is "required" to be a real Buddhist.

Not the answer you're looking for? Browse other questions tagged lay-buddhism or ask your own question.

8
What tenets must a person accept to be a Buddhist?
6
What are the resources a Buddhist can use during very hard times?
1
Does each person have a particular True Nature, according to Buddhism?
3
When are you a Buddhist?
1
Is Buddhism about being less “sensitive”?
3
How to survive Buddhism ? Buddha, Dhamma and Sangha
9
How should a lay person respond if they see a monk teaching something contrary to Dhamma?
2
Should person with schizophrenia have children?
3
Did the Buddha teach the four noble truths to laypeople?