Killing a mouse in the house with a third party

I have read the question How not to kill the mouse in my house? and this got me thinking. Would it be wrong to own a cat that would then kill the mouse? I'm not referring to buying a cat strictly to kill a pest, but rather letting a prevously owned pet cat do as it pleases, and turn a blind eye when the mouse is gone.

Directly, you're not the one harming the creature, and a cat killing a mouse is completely natural.

Indirectly, you've caused the death of the mouse, and have reinforced the killing behavoir in the cat.

Would intervening in the cat's hunting practices be good karma? The cat has plenty to eat, and the mouse only provides accomplisment to the cat.

You are not responsible since the mouse came into your home upon its own volition. Also, you are not purposefully trying (wishing?) to create conditions in which a being would get killed.

But since you are aware of the situation, about a mouse and a cat roaming free inside your home. You should try to catch the mouse and then release it elsewhere in nature. In the meantime, you could try to prevent the cat from reaching this mouse.

The Buddha said: I declare that the mere arising of an intention of performing good deeds is productive of great benefits. - MN 8

The Buddha did not actually arise for the purpose of teaching about good & bad kamma. The teaching about good & bad kamma is merely a 'secondary' teaching in Buddhism. These kinds of questions that create worry, flurry & anxiety in the mind about trivial matters are not the purpose of Buddhism. Buddhism exists to set the mind and people free (rather than place people into bondage from making mountains out of molehills).

As an example, recently Hillary Clinton lost the US presidential election. In her previous terms in government, Hillary Clinton voted for every foreign war resolution & is said to be personally responsible for the destruction of the good nation of Libya. Despite her complicity in the deaths, murders & raping of millions of men, women & children, when Hillary Clinton lost the election, scores of fully ordained Western bhikkhus (monks) & bhikkhunis (nuns) were grieving her loss (such as here).

This example shows how individuals in general, including fully ordained monks & nuns, are indirectly supporting evils infinitely more evil than the killing of a mouse by a cat (which is not actually evil since the laws of kamma only apply to people rather than to animals). If the laws of kamma operated in such a indirect manner, these pro-Clinton monks & nuns would probably all end up in the hotttest & most torturous Avīci Hell for eons & eons. 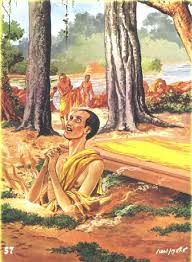 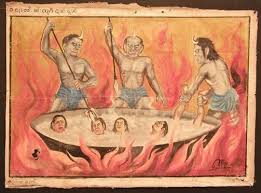 I used to have several pet cats and I remember rescuing many mice & squirrels from the jaws of death. The cat killing animals is not bad Karma for you, but here are some ways you can get bad Karma:

27
How not to kill the mouse in my house?

15
How concerned should Buddhists be with the actions of others?
5
The Third Precept and Prostitution
0
Does "married adults living with parents in parents' house" count as breaching the third precept?
3
Is eating fish eggs the same as killing?
1
Husband has sexual activity with other woman with the consent of wife
4
How to mitigate the negative karmic effect of killing
3
Is there something specifically wrong with keeping the 8 precepts as a lay person?
0
Mercy killing (not assisted suicide) and the ramifications of the karmic action
1
Can a married man have sex with a prostitute without breaking the third precept?