Is there any historical third-party evidence that the Gautama Buddha actually existed?

Is there historical third-party evidence that Prince Siddhartha or the Gautama Buddha existed outside of the writings of Buddhism?

To answer your very simple question very simply: there is no contemporary evidence for the Buddha, or for Jesus, or Muhammad, or Moses, or Zoroaster. This does not mean that these people did not exist, it just means that there is no confirmation of their existence in contemporary sources.

There are lot of archaeological evidence align with Buddha's life story. I think those can be considered as the most trusted third party evidence. Here I am listing some of the web search findings.

Archaeologists working in Nepal have uncovered evidence of a structure at the birthplace of the Buddha dating to the sixth century B.C. This is the first archaeological material linking the life of the Buddha — and thus the first flowering of Buddhism — to a specific century.

You could find the full story from here and here

Apart from that, king Ashoka built Pillars at Buddhist monasteries, many important sites from the life of the Buddha and places of pilgrimage. This was done around 200 -300 years after the Buddha parinirvana. During that time those important sites and monasteries should have left some sort of evidence to support Buddhas existence that convince King to build the pillers. So it also can be considered as good indication.

The records which we can find in the Buddhist countries where people received Buddhism a few hundred years after the Buddha's passing away such as Sri Lanka, Burma, China, Tibet, Nepal, Korea, Mongolia, Japan, Thailand, Vietnam, Cambodia and Laos show unbroken historical, cultural, religious, literary and traditional evidence that there was religious Teacher in India known as Gautama the Buddha. Ref: here

I guess for something that happened such a long time ago you would struggle to prove it categorically. However I read that a shrine was uncovered at Lumbini (one of the candidates for the Buddha's birthplace) which dates to around the Buddha's time. This is taken to provide some kind of corroboration to the Buddha's life story.

Also the early texts do reference people who have been confirmed independently as existing such as King Bimbisara. This again is taken as lending weight to the events described in the texts.

Also some people would take the oral tradition and subsequent Pali Canon as historical evidence in it's own right of the existence of Buddha the man.

But to answer you question directly I'm not aware of any direct writings on the Buddha by (relatively - in the light of OP's comments) independent observers (as Josephus did for Jesus). Interested to see if anyone can come up with something.

There's emperor Ashoka (304–232 BCE), who after a war in which a lot of people were slaughtered, decided to endorse Buddhism, having realized that what he did was wrong. He erected a bunch of columns (The Pillars of Ashoka) on which several inscriptions (The Edicts of Ashoka) are to be found with his view on Buddhism. These were erected after about one century after the Buddha's death, not that much time. The monks of the sangha would be the "second generation", some maybe even the very first generation who were taught by the Buddha directly (although I don't know that for sure, obviously). My answer was partly inspired by a thread on Reddit I remembered seeing. (Thread link)

I want to stress that I am by no means an expert on this field, but I can see that this is fairly well documented, and that the wikipedia page contains proper references. 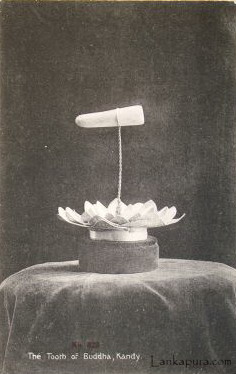 Here is a quote from the book What Buddhist Believe by Ven. K. Sri. Dhammanda. The quote is from the chapter: "Historical Evidences of the Buddha", p. 38-41:

GAUTAMA the Buddha is not a mythical figure but an actual, historical personality who introduced the religion known today as Buddhism. Evidences to prove the existence of this great religious Teacher are to be found in the following facts:

CommunityBot
1
answered Jun 15, 2015 at 13:46
user2424user2424
5
Add a comment  |
Highly active question. Earn 10 reputation (not counting the association bonus) in order to answer this question. The reputation requirement helps protect this question from spam and non-answer activity.

4
Is the Buddha God?
6
Getting started young with many attachments

11
What language did the Buddha speak?
3
Did the Buddha ever mention or encounter Jews?
5
Did the Buddha have more advice for the lay follower than is typically supposed?
4
Did the Buddha form a monastery?
3
Birth of Buddha
3
Is it true that Lord Buddha was born in Sri Lanka?
5
Did Gautama Buddha endorse the caste system?
1
Western scholars: Did the Buddha not speak the Digha Nikaya?
2
Is there any proof that Budai was an actual historical figure