To what extent can Ānāpānasati be related to Vipassanā?

I've read that the two can somehow be used in Unison, with benefit. Can anyone expand on this?

Anapanasati is divided into 4 tetrads which correspond to the 4 Satipatthana hence the pratice of Anapanasati is actually a forms of Satipatthana / Vipassana. A thorough introduction to Anapanasati and how to develop this into Vipassana is difficult in this format hence it might be worthwhile to read a more elaborate book on it: Anapanasati: Mindfulness of Breathing by Buddhadasa Bhikkhu. You can complement this book with: Right Mindfulness: Memory & Ardency on the Buddhist Path by Thanissaro Bhikkhu 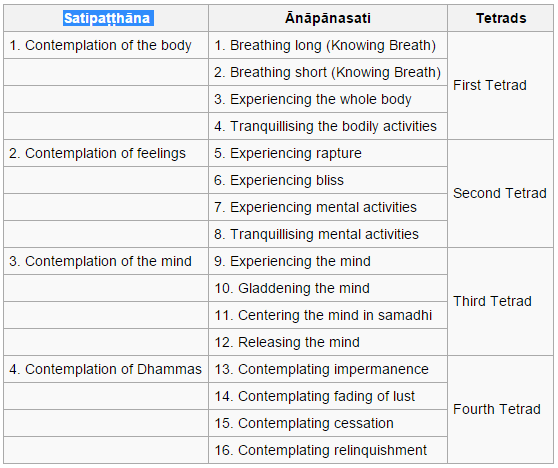 Some meditation teachers declare that impermanence is something that just becomes visible to a mind, like appearing in a meter, and enables one to gain something called ‘vipassana nana’ (insight knowledge) by continuous determination. This theory or view is not in accordance with the Supreme Buddha’s Dhamma.

What has he seen in the body? What does this body consist of? This physical body contains and comprises the four great elements, which are known as: solidity/earth (pathavi), fluidity/water (apo), heat or temperature (tejo) and air (vayo). We generally use the word rupa (material form) to denote the body. When he is breathing in and out, he is focusing on impermanence of material form which is derived from the four great elements.

Thereafter, he is focusing on feelings. Dependent on contact, feeling arises. What is contact? Contact is the coming together of three things. For example, eye, form and eye-consciousness come together, and it is their convergence, that is called contact. Similarly, with ear and sounds, nose and smells, and so on, through to mind and mental-objects.

In this instance, when body, tangible object and consciousness come together, there arises contact. With the arising of contact, simultaneously, there arises feeling (vedana) – feeling born of body contact. Since feeling is conditioned by contact, feeling differs in accordance with the change of contact. This way, he contemplates on the impermanence of feeling.

Then, there is the recognition of perception. This is called sañña (perception) which is also subject to change as it is conditioned by contact. Perception changes due to impermanence of contact.

Perception is followed by sankhara (mental formations). If the mental factor was directed to a certain matter, on that occasion there is volitional activity, and this is called sankhara. Here, he observes the impermanence of the mental formation with the change of contact. All these are based on the activities of the mind.

Now he understands every aspect in this life process which was considered as self (form, feeling, perception and formation); or anything pertaining to a self. He has real wisdom to see things as they really are. One may contemplate on impermanence saying “anicca, anicca” continuously, but still be holding onto the notion of “I am” or “mine”. To avoid this, it is important to realize the impermanent, no-self nature in inhalation-exhalation and in any other external object.

Finally, he sees the impermanent nature of all that has been cognized (the rise and fall of breath, rapture, joy, feelings, and perceptions). It is through this insight that the true nature of the five aggregates of clinging is understood and seen in the light of impermanence:

Being fully concentrated on anapanasati, he now dwells ardent, with full awareness, and clear comprehension of impermanence. With the base of this awareness, established in anicca (impermanence), he develops an understanding of his own life, the impermanent nature of others who breathe and live, and the impermanent nature of material form, feeling, perception, mental formations and consciousness (the five aggregates of clinging).

Not the answer you're looking for? Browse other questions tagged vipassana meditation-insight meditation-breath anapanasati satipatthana or ask your own question.

14
What is the meaning of “dhammā” in the context of the four satipaṭṭhāna?
9
What are the Pali translations for mindfulness?
3
What is this personality split I'm feeling since practicing Vipassana?
7
What to focus on between breaths
7
What are the Ānāpānasati Kammaṭṭhāna as Taught By Ven. Kiribathgoda Gnanananda Thero
2
How can I direct attention on an breath without consciously breathing?
0
Annoyed by nasal congestion and hyper-salivation during meditation?
0
To reach 1st jhana, do we have to let go, or do we have to put some effort?
0
When I focus on my breath, it becomes shallow
1
what is the difference between Anapanasati and the Satipatthana