Who is the laughing Buddha?

Given that Gautama Buddha was an ascetic until shortly before his enlightenment and several Dhammapada verses reflect a moderate attitude toward food, such as:

Verse 7: He who keeps his mind on pleasant objects, who is uncontrolled in his senses, immoderate in his food, and is lazy and lacking in energy, will certainly be overwhelmed by Mara, just as stormy winds uproot a weak tree. source: http://www.tipitaka.net/tipitaka/dhp/verseload.php?verse=007

it's unlikely he looked much like the image below. But the statue pictured below is often referred to as a "laughing Buddha". What is the story of the laughing Buddha? 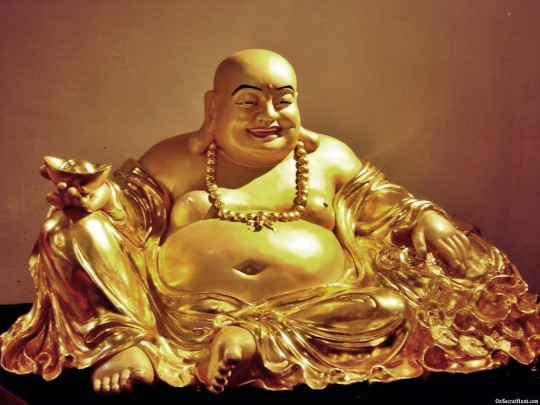 His name is Budai and many people in the West mistake his image as being Gautama Buddha. Budai is usually identified with or seen as an incarnation of Maitreya, the future Buddha.