Is the path an individual journey?

When seeking or on the path, is the journey intended to be for the one on the path or can it be travelled by more than an individual i.e. is the path different for each being?

The Path is the same for all beings, although since all beings have different kamma due to past actions, all beings are on different stages of the Path.

So one being might need to practice certain path factors, e.g. Sila more than another being and vice versa.

Regarding The Ten Perfections (Paramis) they are often compared to jars and when one practices a parami one fills the jar with a drop. So again, how full a jar is, is different from being to being. One being might have worked extensively on the Dana-parami, while lacking in the Aditthana-parami. 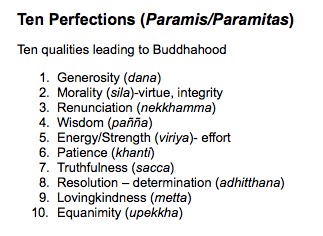 Is the path an individual journey?

The Path proclaimed by a fully englightened Buddha is always the same. A fully enlightened Buddha does not invent the Path. He discovers the Path by himself with no help from anyone else, then he proclaims it and teaches it to other beings. Its often described as discovering an ancient path (purānam añjasam), covered by a dense forest which leads to a bygone kingdom.

The Path is an individual journey. No one can walk the Path for us. We ourselves has to work. Only oneself can free oneself. Only oneself can issue liberation from the rounds of suffering by practicing the Dhamma.

One has to become ones own refuge. The Buddhas only show the way and guide us but we ourselves must walk the Path. Throughout the Buddha's 45 years of teaching-career he constantly emphazized the importance of practicing diligently, consistently and with great effort in order to win Nibbana.

If you are interested in further readings about the self-reliance-factor of the Path, then I recommend the following chapter in the book "What Buddhists Believe", by Ven. K. Sri Dhammananda.

Perhaps this excerpt from "From the Zen Kitchen to Enlightenment, Refining Your Life" by Dogen and Uchiyama, from the section called "How to cook your Life", and the chapter, "Tenzo Kyokun and Shikan-Taza", will go some way toward answering your questions.

"When we look at a cup that is set down between two of us, we have the feeling that we are looking at the same cup, though actually that is not so. You look at the cup with your vision, and from a certain angle. Moreover, you see it in the rays of light and shadows that come from your side of the room. This applies equally to me as well. In a very rough sense, we proceed to separate the reality of the situation by entertaining the idea that we both see the same cup. This is what I mean by the fabrication of ideas."

The path is the same for everyone which is the noble 8 fold path divided into morality, mastery of the mind and wisdom. The practice is individual as nobody else can walk the path for you or take you on the path. Any body seriously practicing can walk the path but you have to practise yourself. Sometimes the path is described differently using the landmarks than the direction in different audience in the Suttas.

The paths beginning differs, yet the end is always the same....enlightenment. Yet enlightenment in all things leads to another path indeed...

5
On Suffering and Happiness
16
Is Enlightenment a misleading ideal?
2
gradual versus sudden enlightenment
9
Fear of enlightenment
3
Did the Buddha intend for everyone to be enlightened?
3
Are there different types of enlightenment?
1
Buddha's advice for after enlightenment
2
What happens in the state/non-state of Nibbāna?
6
Non-Self vs. depersonalization disorder
1
Enlightened beings (Amitabha, Padmasambhava) created mantras so that people chanting them can gradually 'mould' their mindstream to a similar state