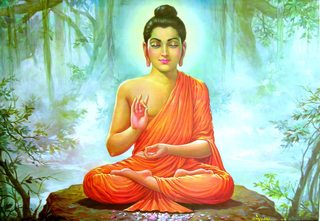 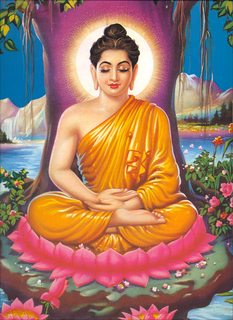 This is a feminine depiction even in Asian culture. I asked some Thai colleagues why some Buddha images look very feminine and I loved the answer. They said Buddhism negates duality. So the Buddha cannot look only male or only female. They must incorporate both. They are both. Isn’t that a wonderful explanation? It is also consistent with Buddhist philosophy.

6
Why did physical representations of the Buddha only start to appear a few centuries after his death?
13
Why is Buddha almost treated like a God in most Buddhist traditions?
6
Hair of the Buddha
5
Was the Buddha an arahant?
3
Did the Buddha talk about "out of body" experiences?
4
What are the karmic consequences of writing horror / fantasy fiction?
2
How did the Buddha define success?
6
Why does the Buddha, in the Pali Canon, periodically engage in harsh speech?
2
Why are exceptionally tall statues of the Buddha and Guanyin built?
2
Does skillful means include meditation?