Is there a legendary biography of Avalokitesvara/Kwan-Yin/Chenrezig?

I've googled this, but can't find it. I know there is a tradition of writing legendary/mythological/fictional biographies (hagiographies) of monks in the Chinese tradition.

Just a few days ago was the celebration of Kwan Yin's going forth day, but for the life of me, I can't find any other accounts of Kwan Yin's life as a monk or nun.

Also known as Chenrezig in the Tibetan tradition, Avalokiteśvara is widely known through most Buddhist traditions.

According to legend, Chenrezig made a a vow that he would not rest until he had liberated all the beings in all the realms of suffering. After working diligently at this task for a very long time, he looked out and realized the immense number of miserable beings yet to be saved. Seeing this, he became despondent and his head split into thousands of pieces. Amitabha Buddha put the pieces back together as a body with very many arms and many heads, so that Chenrezig could work with myriad beings all at the same time. Sometimes Chenrezig is visualized with eleven heads, and a thousand arms fanned out around him.

He has a total of 33 forms, including the wrathful form of Mahakala He is also considered to be the "parent" of Tara

In Tibetan Buddhism, Tara came into existence from a single tear shed by Avalokiteśvara. When the tear fell to the ground it created a lake, and a lotus opening in the lake revealed Tara. In another version of this story, Tara emerges from the heart of Avalokiteśvara. In either version, it is Avalokiteśvara's outpouring of compassion which manifests Tara as a being

He is mentioned in the following sutras :

Pictured below Avalokitesvara in his 1000 armed form and as Mahakala, and Tara 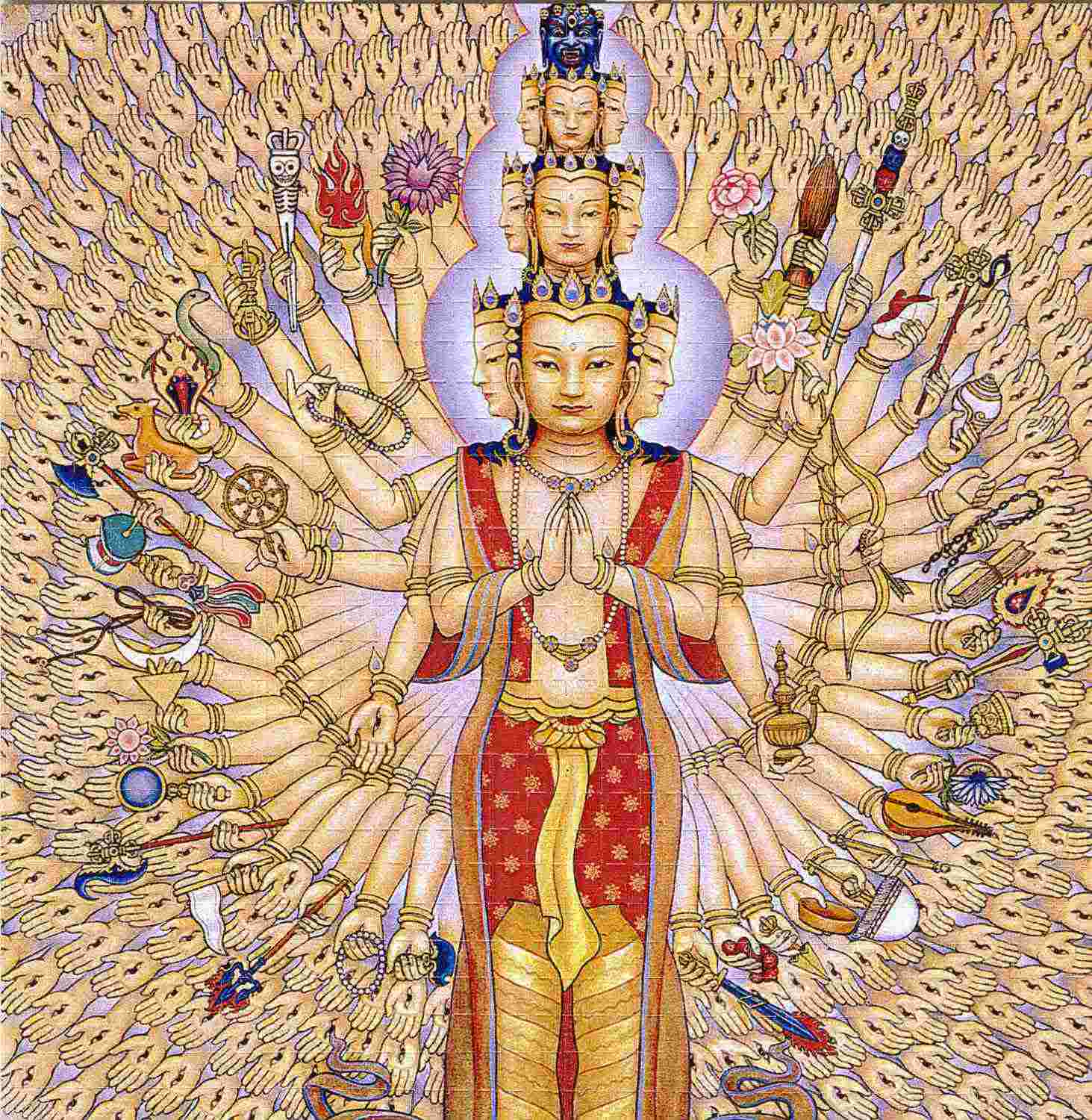 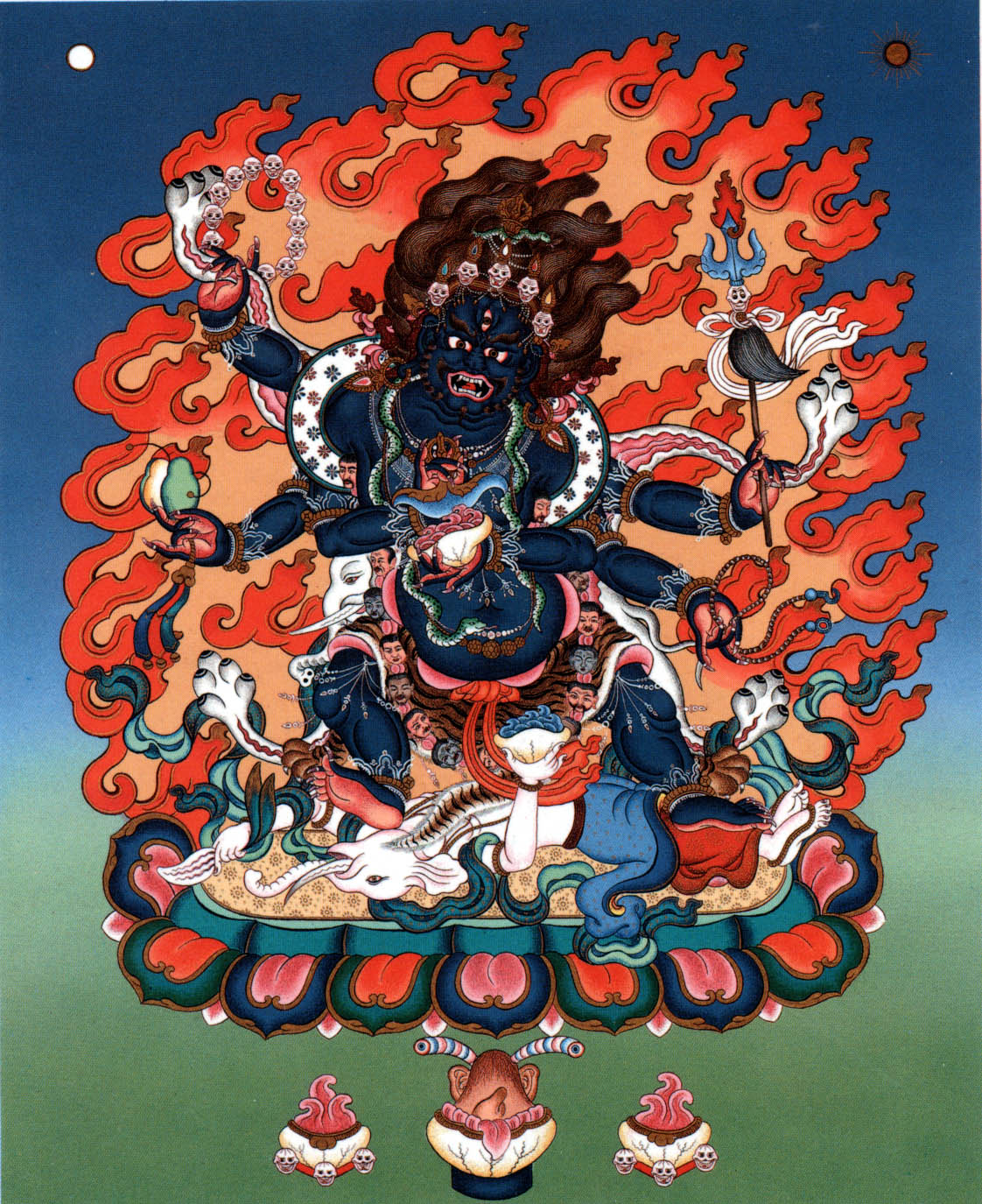 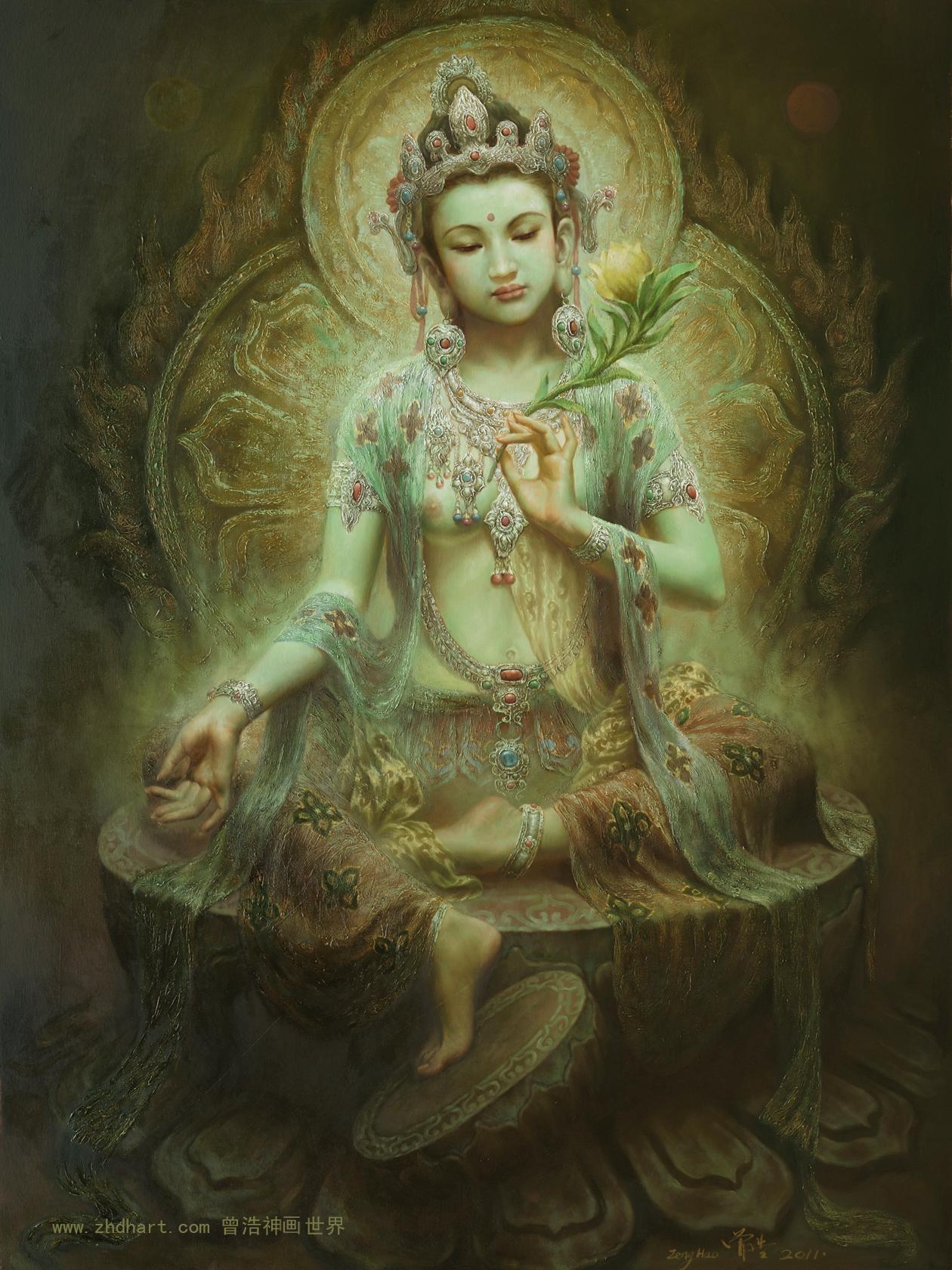 Not the answer you're looking for? Browse other questions tagged reference-request mahayana kwan-yin or ask your own question.

4
Why is Kwan Yin riding a sea turtle?
7
Is there a compassion only Buddhist path?
6
Does Kwan Yin hold a place in Theravada Buddhism?
6
Looking for a book that covers the biography of the Buddha's life
1
Looking for a letter exchange between Zen Teacher and (female?) student
0
Why does Guan Yin ride a dragon?
0
What kind of meat Guan yin believer are allowed to eat?
0
Avalokitesvara real miracles?
1
Is there a reason that monasticism is an afterthought?
1
Is there a pali term for "natural concentration"?