In the age of king "Asoka", the expansion of Buddhism reached Arabic countries. Does anybody know what those countries are called now?

Can anyone provide details about what happened to those places / Temples ? 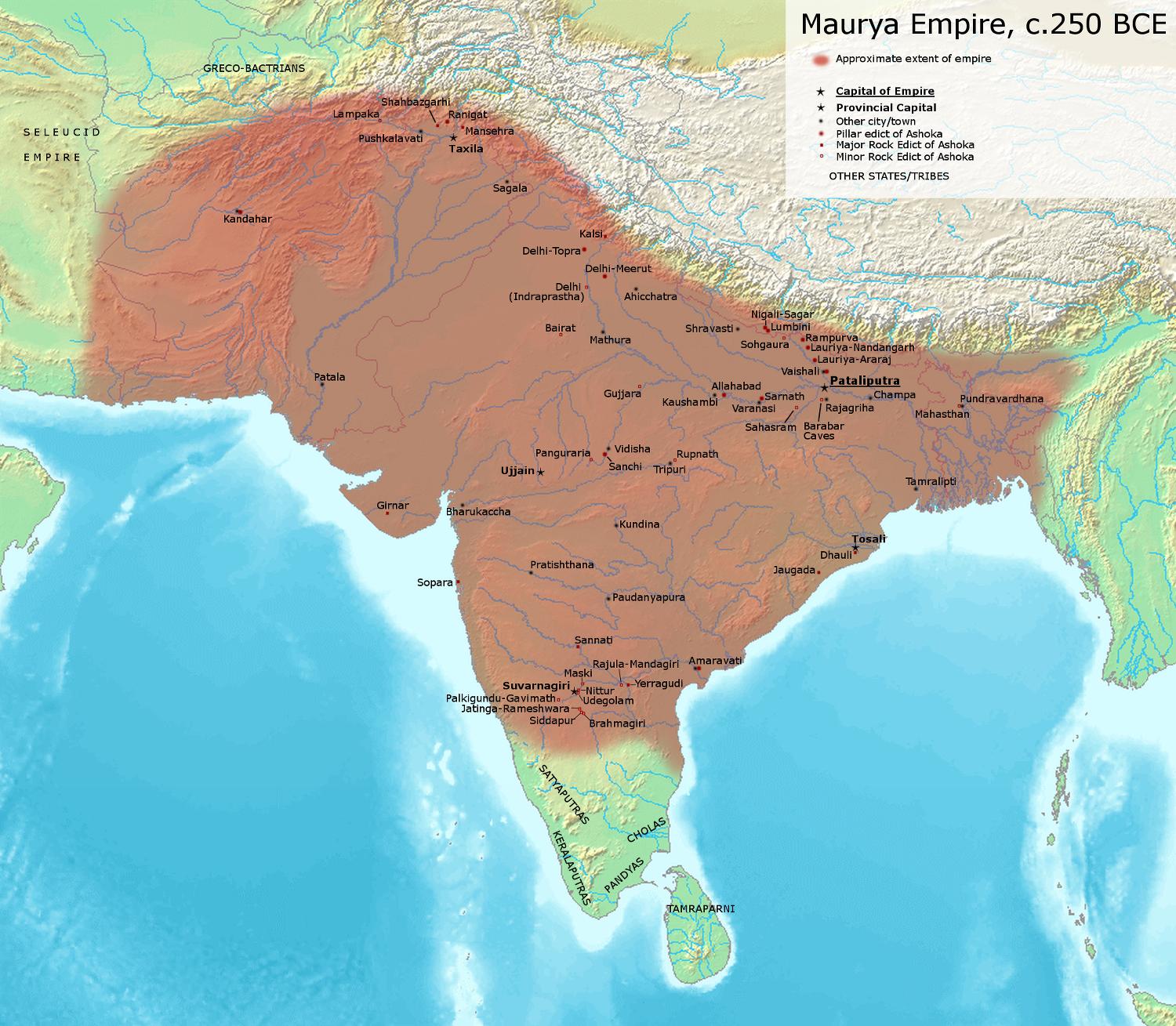 Its western border is the Seleucid empire which appears to be where modern-day Iran is (note that Iran I think might be ethnically Persian rather than Arabian).

It also includes modern-day countries like Pakistan and Afghanistan (which are Islamic but not exactly Arabic).

This map is labelled "Buddhist proselytism at the time of king Ashoka (260–218 BCE)": 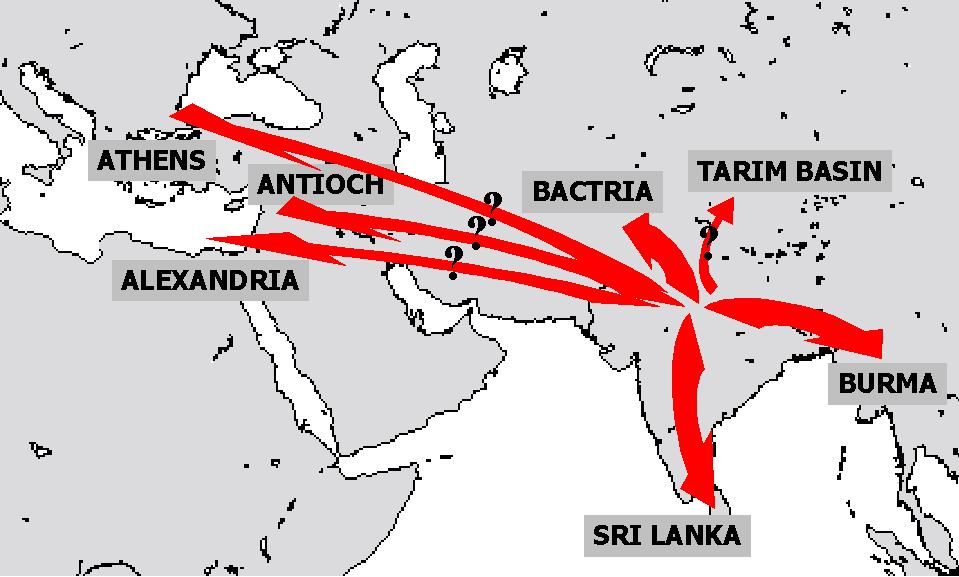 It shows Buddhist proselytism reaching (beyond the Maurya empire) to Alexandria (which is in modern-day Egypt), and Antioch (modern Turkey).

This may not be "expansion of Buddhism" though, it's more like "envoys from the Buddhist empire".

Not the answer you're looking for? Browse other questions tagged theravada history or ask your own question.

8
Buddhism in the Middle East

9
Usefulness of attending a Thai temple in the United States
14
What is the life of a monk really like?
3
Was there a period when "Consensus Buddhism"/"Buddhist Romanticism" dominated Buddhism in the West?
4
Does Buddhism teach about "Parallel worlds"
1
Who was the buddhist figure who forbade writing what he said, and whose disciples instead wore paper robes?
1
When and why did the color orange (and yellow and 'red') become associated with Buddhism?
7
Is making art bad or sinful?