Meditation posture and language as a monk in Thailand

I am not able to sit in the lotus position. I'm only 24 years old but quite tall (189 cm). Usually I sit in this position: 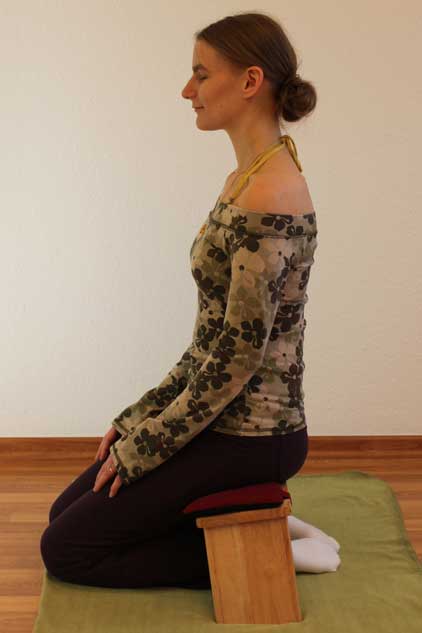 (I googled the picture, it's from EMPFOHLENE MEDITATIONS-POSITIONEN UND SITZHALTUNGEN)

Thanks in advance for taking your time to answer my questions.

Answering from the Ajahn Tong (Mahasi-like) vipassana lineage I am somewhat familiar with:

Before being too far in your plans about becoming a monk, you could do retreats (starting with the 2-3 week "basic course") without long travels to Asia for the start, and then see if the practice is suitable for you; I posted some of the centers from this tradition in Europe in this answer; in France, there is a group organizing retreats regularly which may also help you find a suitable place.

Not the answer you're looking for? Browse other questions tagged theravada meditation-posture meditation monastery or ask your own question.

4
Looking for info on the Ven. Mahasi Sayadaw tradition

5
Hamstring issues when in a five-point-meditation posture
5
Interacting with monks in Thailand
3
Avoiding Back Pain
0
Questions regarding meditation posture and movement
9
Buddhist monk education level
8
Is a straight spine/spinal posture during seated meditation critical?
0
Importance of Posture in Meditation
5
Which is the best posture to Practice meditation?
2
What would happen if everyone became a monk or nun?
4
Looking for a Buddhist Monastery in UK, Ireland, Scotland or Australia - All traditions are welcome