Is Lord Buddha's way applicable to escape from the 'Plato's cave'?

In this Answer for escaping the analogy as shown in Plato's cave.

2). Analogy of the divided line.

Is this two has any relationship with Buddhist two truths(Conventional and Ultimate)?
conventional truths is believing worldly things.(eg. the car Is). If so what is the " Divided line"?
Or else, What is then 'Majjima Patipada'(Middle path)? Why Middle?

I'm not sure why this got so many down votes. It is a very valid question. If this site is going to take up a discussion on topics on comparative religion (i.e. whether or not Jesus was a Buddha), there's no reason why questions of comparative philosophy can't also be entertained. In fact, I'd say that this is actually an important question because it really gets at the heart of the difference between Buddhism and Western philosophy.

I don't think you can draw a perfect parallel between Buddhism and Plato Cave, but there are some fleeting similarities specifically between what is written in the Republic and the use of koans in Zen Buddhism. In Plato's cave, we find Socrates advising Glaucon that the most effective form of study "has a power of drawing and converting the mind to the contemplation of true being". Knowledge of the sciences has the double use of being functional (as for the military leader) and revelatory (for the philosopher). It is at once pragmatic and soteriological. For the philosopher, study of a single aspect of reality reveals a kind of universal truth. Socrates for example, uses the perception of fingers giving rise to a conceptualization of unity.

In the sciences, we study one specific aspect of reality. The value in the scientific method is in it's keen ability to narrow the focus of an experiment, be able to control for variables, and draw conclusions. Zen koans are also extremely specific. Koan literally means "public case". Their scope is as narrow as a legal decision. A koan is given to alert the student to a very specific aspect of reality. Just as Socrates uses the external sciences and geometry, the phenomenon addressed by koans can often be a matter of external sense perception. The Buddha Holds Out a Flower, Hsiang-yen's sweeping, and many other koans use an isolated case of sensory perception as a means of revealing something about the nature of reality.

While external nature is revelatory in both systems, it's the difference in approach that really distinguishes Buddhism from the methodology used by Socrates. Over and over again in the Republic, Socrates' philosopher is using his discriminating mind - his reason - as a means of apprehending the truth. He thinks about the ramifications of his subjects. Consider the following passage:

Until the person is able to abstract and define rationally the idea of good, and unless he can run the gauntlet of all objections, and is ready to disprove them, not by appeals to opinion, but to absolute truth, never faltering at any step of the argument --unless he can do all this, you would say that he knows neither the idea of good nor any other good; he apprehends only a shadow, if anything at all, which is given by opinion and not by science; --dreaming and slumbering in this life, before he is well awake here, he arrives at the world below, and has his final quietus.

The man liberated from Socrates' cave is a rational being of intellectual understanding. The philosophy that rises out of his study of science lives in the world of conceptualization. Contrast that with the student of Zen. The value of his study isn't based on what Buddha's flower means intellectually, but rather in the actual perception of that flower in a mind marked by emptiness. The student of Zen isn't concerned with the philosophical implications of why Hsiang-yen was liberated when the rock hit the bamboo. A student of Zen, in a state of emptiness, wants to hear the "tock" for themselves. The kind of sensory experience used in Zen can only be had through deep meditation and the emptying the mind of forms.

The western philosophy uses the mind to escape the cave. Zen uses no-mind.

For Plato, the analogy of the cave isn't just a dramatic fable about abandoning falsehood and coming to see the truth, but instead is a parable that is deeply intertwined with his metaphysics. For Plato, objects of the physical world are but mere shadows cast which are cast by abstract concepts called forms. For example, all the chairs in the physical world are but mere crude reflections of a single perfect immaterial form called the form of chair, which resides off in the world of forms.

In this context, Plato's cave allegory is about abandoning the physical world of mere reflections and instead turning towards the contemplation of these immaterial forms, and ultimately, to the highest form known as the form of good.

The Buddhist understanding of the two truths is fundamentally different from this in many respects. In Buddhism, the two truths aren't two different levels of metaphysics, but rather two different levels of inquiry. Conventional truth is done from the perspective of ordinary language and human perception, and ultimate truth asks deeper questions that go beyond that. For example, if I look at a car and think "That's a car" I am working on the level of conventional truth, and if I instead look at that same car and after reflecting on it think "a 'car' is merely a name which we give to a collection of parts' then that is ultimate truth. But at the same time, there is only one car that I am looking at. Conventional truth and ultimate truth are two different perspectives we can use to look at things, not two layers of reality as is the case for Plato contrasting the world of forms with the world of matter.

Here is the Middle path leads to Escape. The Seventh Principle: The Absolute in its absoluteness – Paramartha

This is the principle which states that awareness (vidya) is the inherent condition of Being itself. There is no 'Being' beyond the awareness of that Being. This means that awakening (or 'enlightenment') is already a done deal. Nothing 'in Being' needs be awakened, or cleaned up, or changed – made more spiritual, more aware – for it must already Be. Which means that the world of Samsara, just as it is, already is Nirvana, and vice versa. Mundane existence is simultaneously absolute transcendence. Ignorance dawns as Gnosis.

To Achieve this have to follow the path witch has two ways: 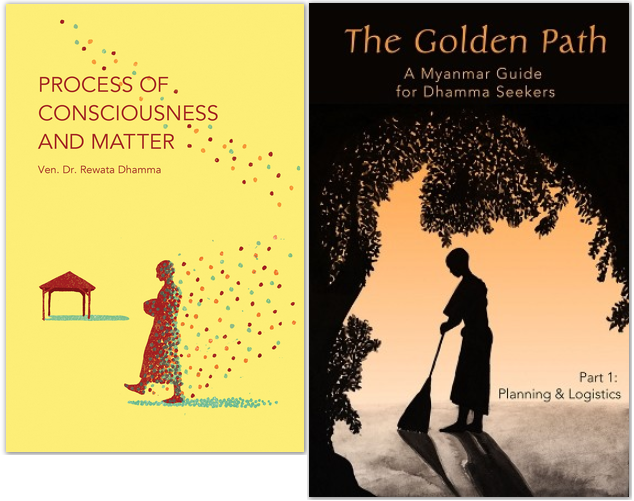 It's been a long time since I read Plato, so beware this answer may be based on childish misunderstandings and bad memory.

As mentioned here the "shadows" which people see in the cave are a metaphor for "real" objects perceived by the senses, which are shadows of "ideal" or "spiritual" objects.

So if we're in the cave and if we see for example a (real) horse, Plato wants us to understand/believe that there's such a thing as an "ideal" horse, of which the real (visible) horse is a projection.

I think that this is similar to some Buddhism doctrine but actually almost the opposite. Buddhism says there's no ideal horse, in fact there's never even a real horse, instead there's just some assemblage of bones and guts and so on. I suspect that the Anatta doctrine of Buddhism might be the opposite of Platonic Idealism: Anatta would say there's no self in the world, maybe also no horseness (no horse-ideal or no soul-of-horse) in the alleged horse , etc.

Buddhist "escape from the cave" might be to understand that the cave is just an analogy, an idea with little or no basis in reality.

Not the answer you're looking for? Browse other questions tagged philosophy stages-of-the-path western-philosophy or ask your own question.

27
Is Jesus considered to be a buddha?
5
How does the buddhist teachings differentiate between reality and perception?
3
Difficulty in realizing and actualizing precepts

7
What is the difference between learning the Buddhist way and simply learning from life?
4
Is it true that Physics confirms some of the Buddha's teachings?
1
From the perspective of Theravada, can a Mahayana follower attain Nibbana?
7
Is the mind different from the other 'six senses'?
1
How can we view the statement that “life must be understood backwards but must be lived forwards" from a Buddhist perspective?
2
Decoupling happiness from state of the world: Useful? Against human nature?
3
How does the 2nd Noble truth explain the cause of suffering-as-suffering (e.g. resulting from a severe burn)?
2
What was Buddha's purpose in constructing The Four Stages of Enlightenment?
0
Why did Buddha refrain from finding knowledge of the whole universe?