What does the word "world" mean in the Buddhist context?

The Hemawatha Sutta Is a (very old)? sutta in "Sutha Nipatha" of KN, Just after the first sermon of "Dammachakka". 'Hemawata' (General of yakka's ) is also a listener of that. He give the news about Buddha to his friend 'sathagira' and both came to meet load. That Dialog is in this sutta. some extract of it as follows

...
The Great One like a lion who lives alone,
among all pleasures he’s expectation-free,
let us draw near that we may ask of him
how to escape from the snarefulness of death.

O proclaimer of the Dharma, expounding it too,
one who’s beyond all dharmas’ Further Shore,
all fear and hatred you’ve utterly overcome
both of us then of Gotama inquire—

Hemavata
What co-arises with the world?
With what’s it make acquaintance?
The world grasps after what indeed?
Why’s the world afflicted?

Buddha
Six with the world do co-arise,
with six becomes acquainted,
the world’s attached to six indeed,
so, world’s by six afflicted.

The word 'world' is used in this verses and throughout the thipitaka.
What is the meaning of this word in this context?

In the context of presentations of dependent-arising as exposed in the Pali canon (as in, for instance, the quotes you give, or also Thanissaro Bhikkhu phrasing "There is nothing further for this world" at the end of the Adittapariyaya Sutta) I would trust Geshe Sonam Rinchen's explanation (in "How Karma Works"):

"The world," used to translate the Tibetan term jigten (jig rten), here has a very specific meaning because it refers to the five aggregates - forms, feelings, discriminations, compositional factors, and the six kinds of consciousnesses - which constitute our own and others' bodies and minds. The person[...] depends on these five aggregates, and it is in relation to them that we come into existence and disintegrate. Thus "basis of disintegration" is one meaning for jigten."

In the quote you have provided, the “world” is the six senses. The Buddha often used the word “world” in a metaphorical sense. Here are some Suttas where "world" is used in a similar way:

Dwelling at Savatthi. There the Blessed One addressed the monks: "I will teach you the origination of the world & the ending of the world. Listen & pay close attention. I will speak."

"As you say, lord," the monks responded to the Blessed One.

I believe by "world" Buddha usually means the human civilisation, the society, the world of people:

This world is blind! There are so few who see things as they truly are.

Whose Dhamma is well-taught? Who has practiced well in this world? Who in the world is well-gone?"

He has made known — having realized it through direct knowledge — this world with its devas, maras, & brahmas, its generations with their contemplatives & brahmans, their rulers & common people.

He who in this world takes nothing that is not given to him, be it long or short, small or big, good or bad — him do I call a holy man.

This world completely lacks essence \ It trembles in all directions \ I longed to find myself a place \ Unscathed — but I could not see it.

He who having been heedless is heedless no more, illuminates this world like the moon freed from clouds.

Birth is ended, the holy life fulfilled, the task done. There is nothing further for the sake of this world.

Load Buddha has realize new visions. to communicate those ideas he need new words (for new concepts). Instead of defining new words he sometimes use them with new meaning.(This is one example).

The word "world" has two usages, one for normal meaning as shown in Andrei's answer.

The other meaning is for new understanding about the 'world' we create by our self. It create by 'Six sense doors'. 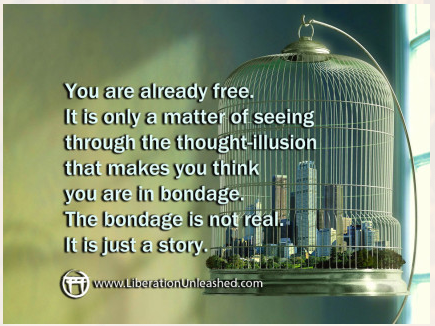 Hemavata
The grasping—what is it then
by which the world’s afflicted?
When asked about this, please do speak:
how to be free from dukkha?

Buddha
The sensual pleasures five are taught
in the world with mind as six,
having let go of all desire for those,
be thus from dukkha free.

This for the world’s the leading out,
its “as-it-is” declared to you,
and this to you I do declare:
be thus from dukkha free.
...

Not the answer you're looking for? Browse other questions tagged theravada pali-canon mahayana terminology texts or ask your own question.

3
Schopenhauer’s inexplicable disturbance in the heavenly calm of Nirvana?
3
Did the Buddha leave room for the possibility of a self?

4
The word Dhammanusati.
5
What does deathless mean?
4
What does venerable Sariputta mean by "dwelling withdrawn"?
3
What word is the closest to qualia
5
What does "intention" mean?
2
What does the word 'nimitta' ('sign') refer to in SN 47.8?
1
What does mass donation of the Dhamma mean?
2
What does MN 18's "delineate a delineation" phrase mean?
1
What do the words of the Mahayana Buddhist mean?