Consider then the magician and the philosopher

In Buddhism there exists two truths, often called the Conventional and Ultimate truths.

So what of the magician, what of the philosopher, who in their shows and conversations might, either accidentally or intentionally, create flickers of doubt in the Conventional truth. Enough so that the spectators might consider for the first time the possibility of underlying truths, or revisit the thoughts if they had been considered prior.

For if someone were to hold the firm and scientifically correct view of the conventional truth, the thing that would hinder them from progress on the path would be knowledge of the ultimate truth. If they had never conceived of an Ultimate truth it could be the very thing that gets them investigating such a possibility.

So if a Magician, with parlor card tricks, slight of hand, and means of illusion and tricks, was to without malice and without swindling an audience, only for entertainment, or perhaps also the case where it was their means to a right livelihood to take care of their responsibilities. The only possible transgression I can see is lying. But the deception in such shows is not to harm, and those going want to see these feats of showmanship.

So if a magic trick led to the thought process of searching for ultimate truth, while not rejecting conventional truth, as is the stance of most schools of Buddhism, what kind of karma would that create?

I can see some edge cases where the wrong view of magic being real could be a possible down side, where causing another sentient being to chase this view would have some kind of possible repercussions.

But also the less likely and hypothetical situation that these questions could lead one, maybe through many lives, to studying emptiness and dependent origination, and to the perfection of the 6th paramita of wisdom.

Please edit. all are welcome .

This question is base on the previous asked question’s answer.
That question was Do artists/entertainers accumulate positive merit when people enjoy their craft?

The answer depends on the questioner’s 'world view'. If the person belongs to the ’normal world’ (Laymen life) the answer is YES. But if he considering the 'transcendental world' view then the answer is NO.

6.43 If the good or bad exercise of the will does alter the world, it can alter only the limits of the world, not the facts—not what can be expressed by means of language. In short the effect must be that it becomes an altogether different world. It must, so to speak, wax and wane as a whole. The world of the happy man is a different one from that of the unhappy man.( Tractatus)

To get some idea about the normal world.

For example take forest and trees paradox.
Is there a forest? Only trees.
Only trees are real , Forest is a construct of a viewer.

So the forest is the ( limited) world. That is

Neither from itself nor from another, Nor from both, Nor without a cause, Does anything whatever, anywhere arise.

“O sage, kindly enlighten me on this problem of liberation - which one of the two is conducive to liberation, work or knowledge?
Agastya replied:
Verily, birds are able to fly with their two wings; even so both work and knowledge together lead to the supreme goal of liberation.”

Here work means ethics, and knowledge is for wisdom about the reality. Both factors are essential for liberation.(Ultimate truth).

6.42 So too it is impossible for there to be propositions of ethics. Propositions can express nothing that is higher. 6.421 It is clear that ethics cannot be put into words. Ethics is transcendental. (Ethics and aesthetics are one and the same.) (Tractatus)

So What is Ultimate Truth?

He who knows 'I am not', 'Nor does the other exist', "Nor is there non-existence', and whose mental activity has thus come to a standstill, is not engrossed in acquisitiveness. O Rama, there is no bondage here other than craving for acquisition, and the anxiety to avoid what one considers undesirable. Do not succumb to such anxiety, and do not let acquisition of what is considered desirable be your goal. Giving up both these attitudes, rest in what remains.

If you feel different then consider this, In the Tractatus
6.54 he states

My propositions are elucidatory in this way: he who understands me finally recognizes them as senseless, when he has climbed out through them, on them, over them. (He must so to speak throw away the ladder, after he has climbed up on it.) He must transcend these propositions, and then he will see the world aright.

So now the question;

If a magic trick led to the thought process of searching for ultimate truth, while not rejecting conventional truth, as is the stance of most schools of Buddhism, what kind of karma would that create?

So the answer will be depend on the world.(regarding)

Your closing paragraph should be read in context with the paragraph before and after it. 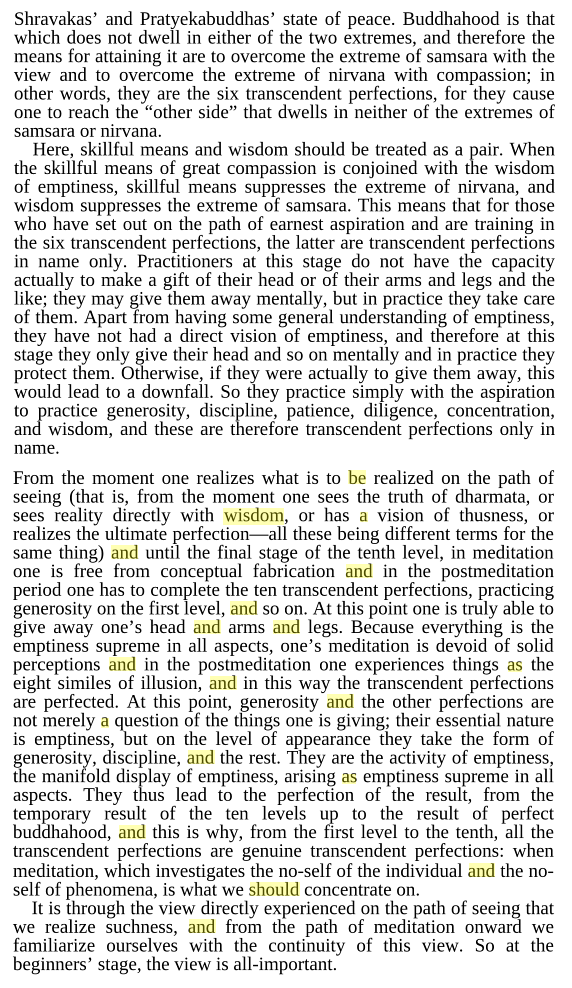 It would create good karma. Why?

From what I understand and in line with Buddho's comments above, the kind of karma created depends on the motivation of the magician or philosopher (at least as far as he/she is concerned).

A more complete understanding of conventional would help here I think. It is not limited to the physical, but consists of all appearances that make up our ordinary experience (whether taken as physical or mental). The sanskrit is saṃvṛtisatya, with a root meaning of something that 'covers' or 'conceals' truth (satya).

So by its very nature conventional truth always give us opportunities to recognize its delusive and obscuring qualities, simply through looking directly into it. Being misleading (generating the impression of reified subjects and objects from the experience of dependent origination) is simply the nature of conventional experience; and something's true nature will become more evident the more it is examined. Not only a magician, but a rainbow or your reflection in a pond can trigger insight by highlighting this pervasive quality of conventional truth. I'm not used to seeing philosophers added to the mix - but why not, unless the philosopher is teaching some intellectual viewpoint (like reductive materialism) that further obscures direct experience.

Thus, great teachers such as Āryadeva encourage us to contemplate various examples that highlight this pervasive quality of conventional reality:

Samsaric existence is the same as / A fire-brand wheel, an emanation, a dream, / An illusion, a moon in water, fog, / An interior echo, a mirage, a cloud”

Not the answer you're looking for? Browse other questions tagged karma ethics merit sunyata or ask your own question.

4
Do artists/entertainers accumulate positive merit when people enjoy their craft?

11
What is the difference between non-self and emptiness?
2
Is non-emptiness empty?
0
Does anybody knows origin and reference Buddha teaches a bossy & angry the seven kinds of wifes
4
What does "ending karma" mean?
4
What *is* intrinsically real? Is the "unconditioned", "absolute", or "ultimate" intrinsically real?
1
Did any Indian Mahayana Buddhists have non-cognition as a goal?
0
The kamma of silence and/or "not acting"?
2
The Simultaneity of Cause and Effect
1
Is emptiness conventionally non-empty?
2
Most efficient practices you will quickly do to recover/re-generate Bodhicitta and/or right view of Śūnyatā if realizing losing mindfulness of?